Friday nights are always packed in Hollywood, but specifically at Avalon Hollywood for Control Friday’s where the biggest, and the best upcoming artists debut their music and talent for a rowdy crowd ready to party. Getting the dance floor jumping was an easy job for Australian electronic duo Peking Duk last week at Control on Friday, January 22nd, 2015. You might know their original track, “High” featuring Nicole Millar or their collaboration with Laidback Luke on “Mufasa.” These guys have toured all over the world from headlining sets at Tomorrowland, Electric Zoo, and even in Asia, proving these guys really have got it going on. 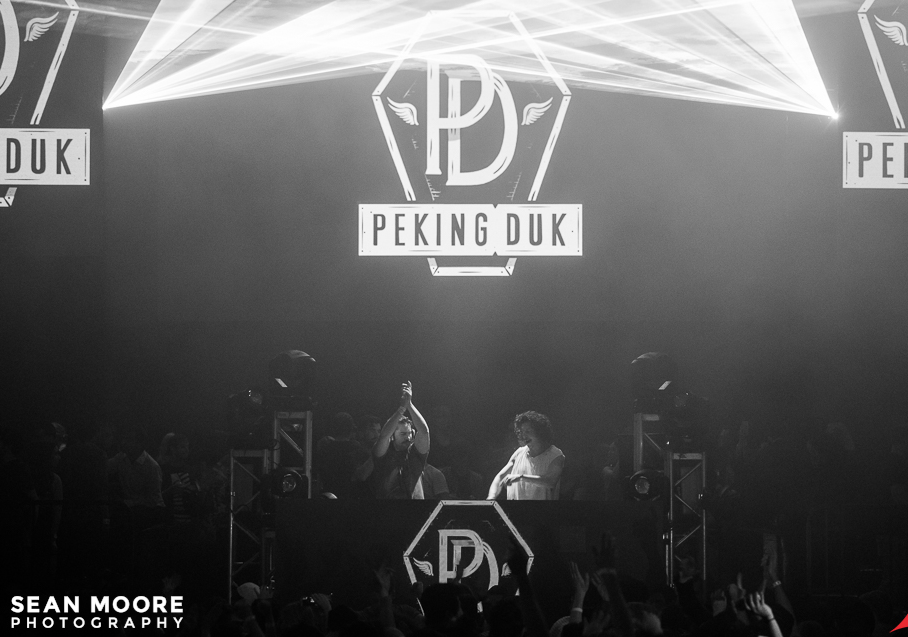 Who is Peking Duk you ask? Adam Hyde and Reuben Styles are DJs and music producers who make up the duo known as Peking Duk from Canberra, Australia. Their original track “High” with vocalist Nicole Millar reached number five on the Australia’s ARIA singles chart and earned an ARIA award for Best Dance Release.
Bringing their wild party antics along to Hollywood, they brought their mainstage set to the intimate club of Avalon. Shaking the club up with hit tracks and loud bass, it was definitely a party. Nothing’s better than a “sit down” when Peking Duk played the original rave song “Sandstorm” they made the whole audience sit down and jump up at the drop! Hands in the air, shirts twirling, and girls on guys shoulders was just a typical Friday night for these two DJs. When you’re in Hollywood, anything can happen. Fellow Aussie producer and friend, Tommy Trash showed up to support the duo, as well as SNBRN. No wonder Peking Duk is so successful headlining festivals, they know what music to play and how to get everyone in the groove!
Check out Peking Duk on their Soundcloud and Facebook for upcoming music and shows!
Share
0
Share
0
Share
0
Share
0