Following the several violent deaths at the Astroworld festival this last weekend, people are petitioning to remove Travis Scott as a Goldenvoice performer. The petition is currently past the halfway point of its 7,500 signature target. “due to Scott’s own gross negligence and sheer lack of compassion for human life,” reads the petition in change.org, lwe ask AEG, Paul Tollet, and Goldenvoice to remove his as performer at all of their festivals.”

The creator of the petition “Sendero Secreto” addressed the apology Scott made on Instagram following the event as insincere. “its very clear that he’s trying to avoid blame in the unnecessary deaths of his fans. At no point in his video “apology” did we think be was genuinely sorry for the loss of lives at his concert,” they say.

Travis Scott has already dropped off of his festival appearance at Day N Vegas this Saturday. Lawsuits related to negligence at the Astroworld question are being filed in the Harris County District court from survivors and the families of those who passed away. 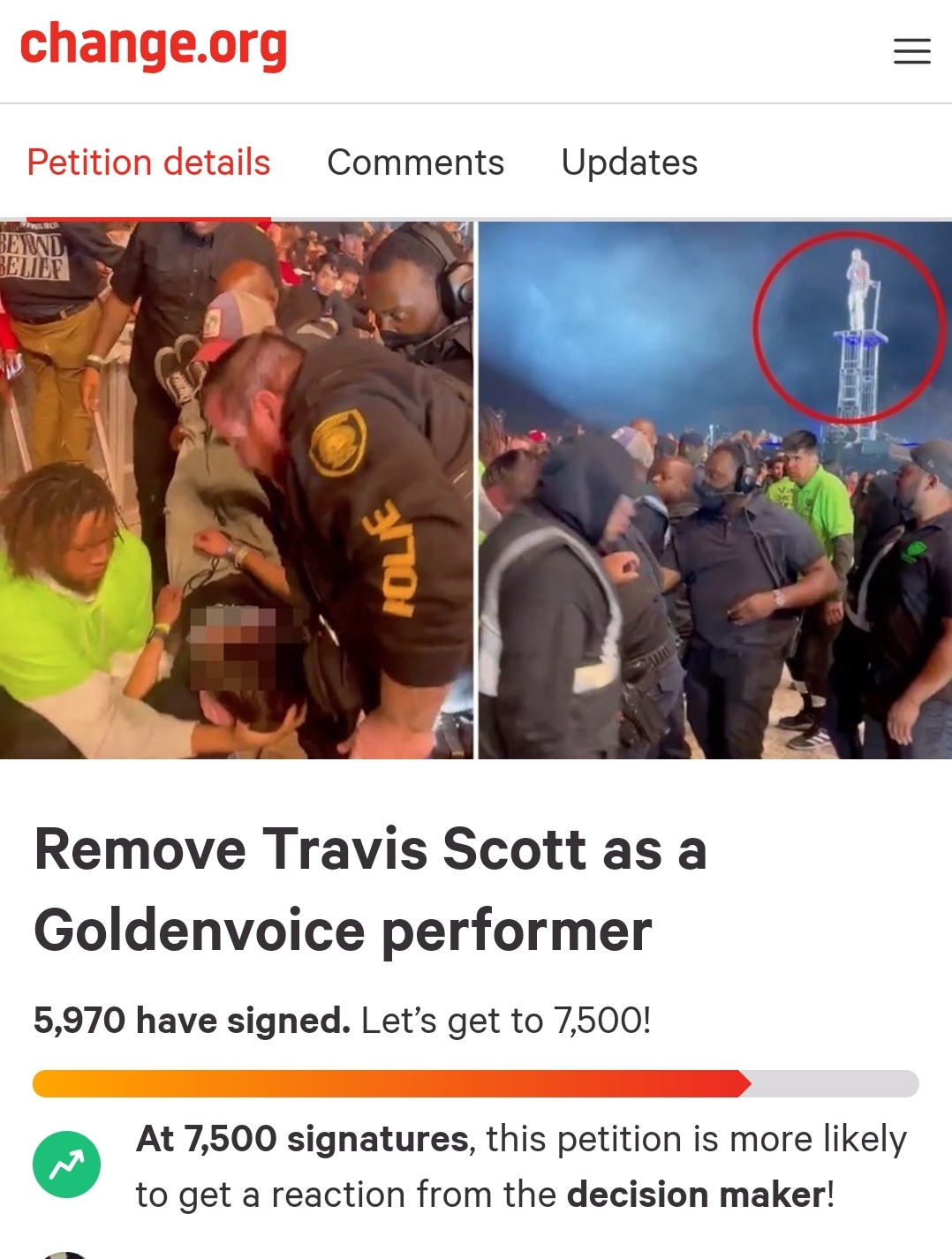