We can trust porter Robinson to open up when he needs to and make sure his followers are on the same page. Yesterday saw the artist sharing a list of his songs (mainly songs made for Worlds. Robinson cited them as a small feat for his years of music making, expressing his frustration at the inability to do more:

no disrespect but this is the canon

everything else is unofficial now

i’ve been making music for 12 years and i only wrote 11 songs, wow pic.twitter.com/xgpzMk8iFh

Porter took to Snapchat today to officially clarify the statement made yesterday, and reaffirm that he was not being sarcastic. See the screenshots below! 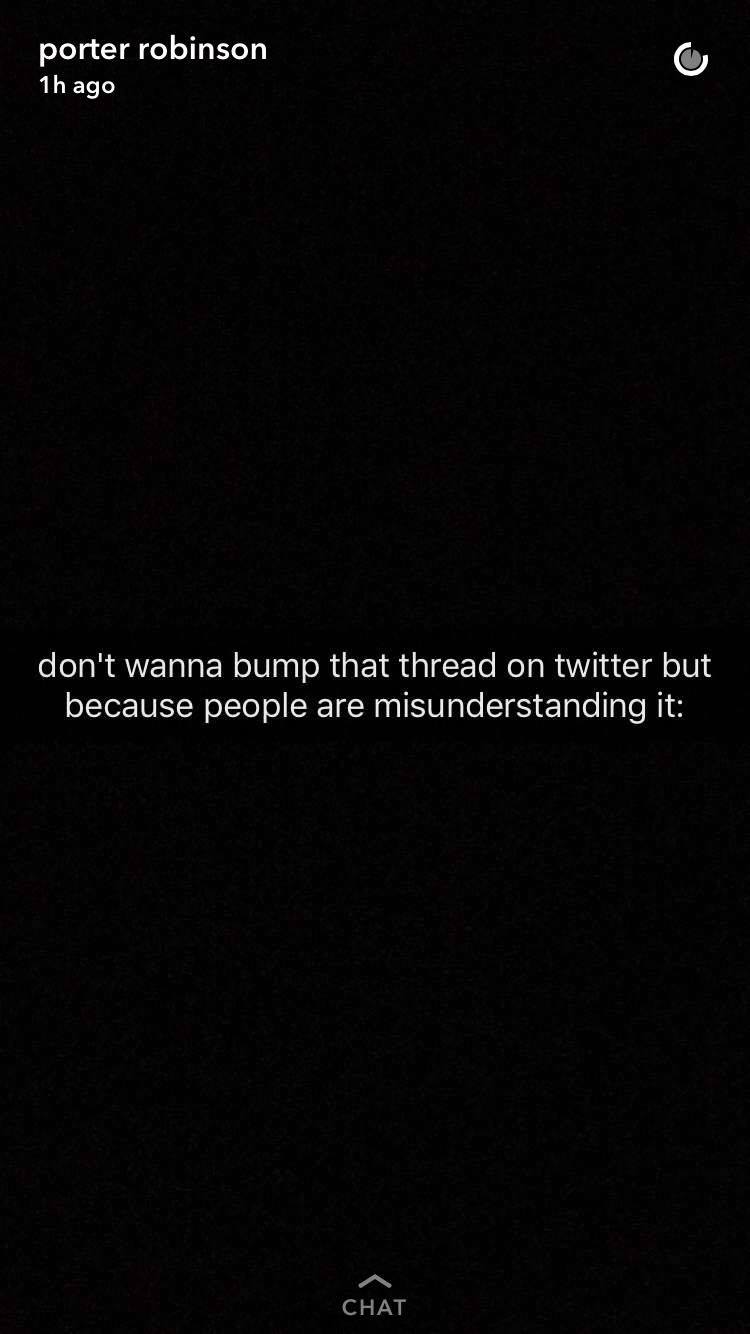 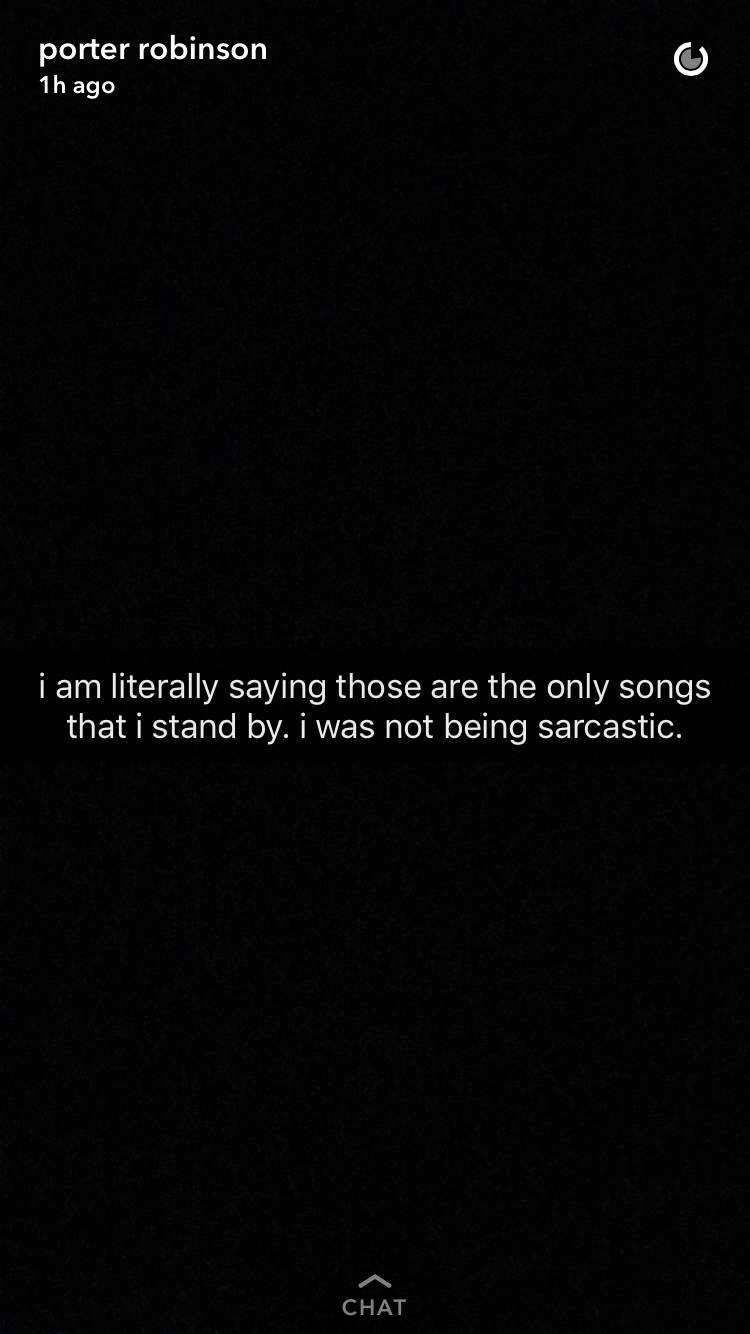 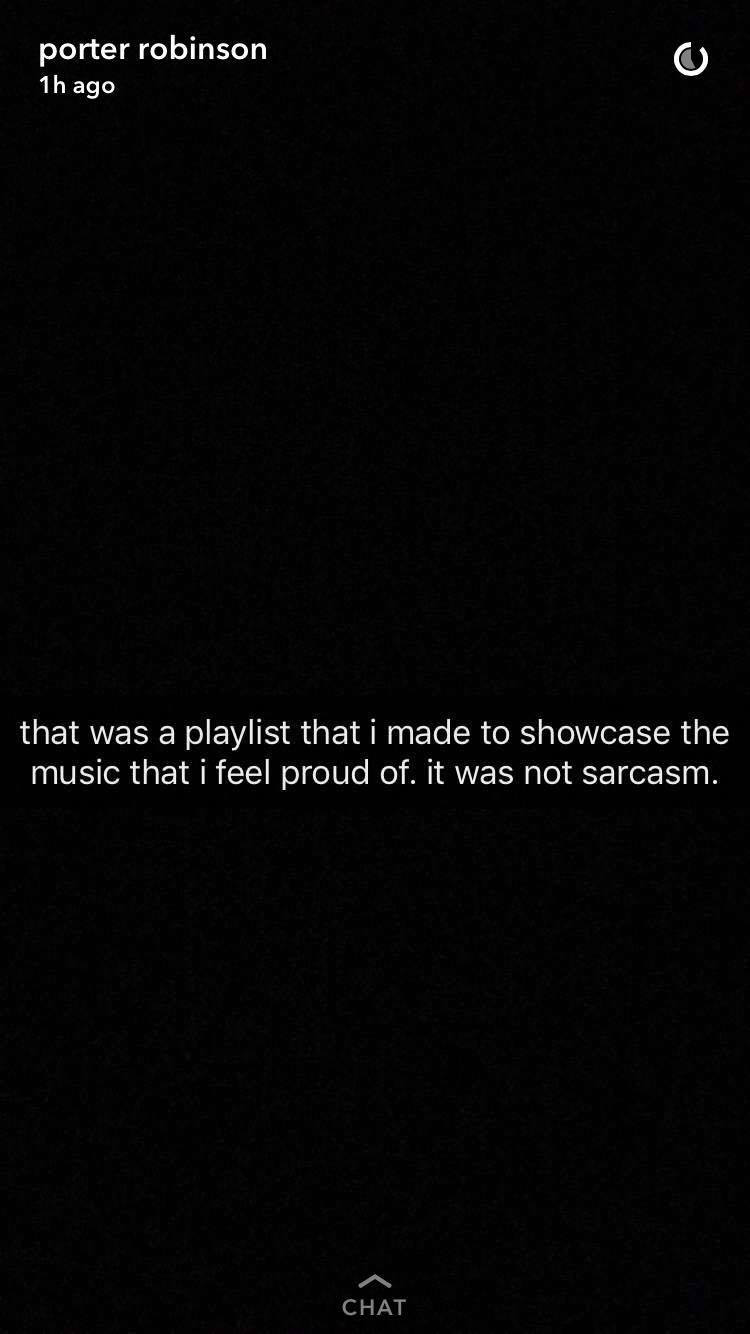 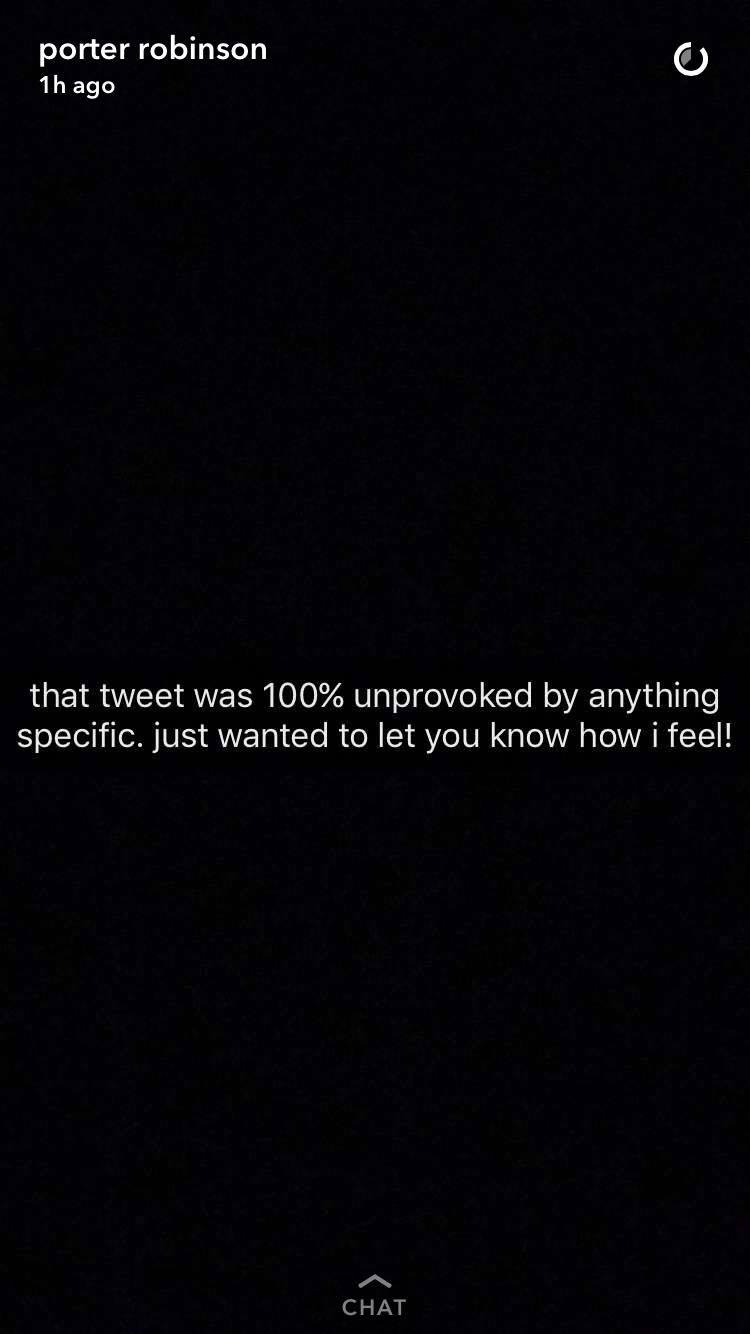 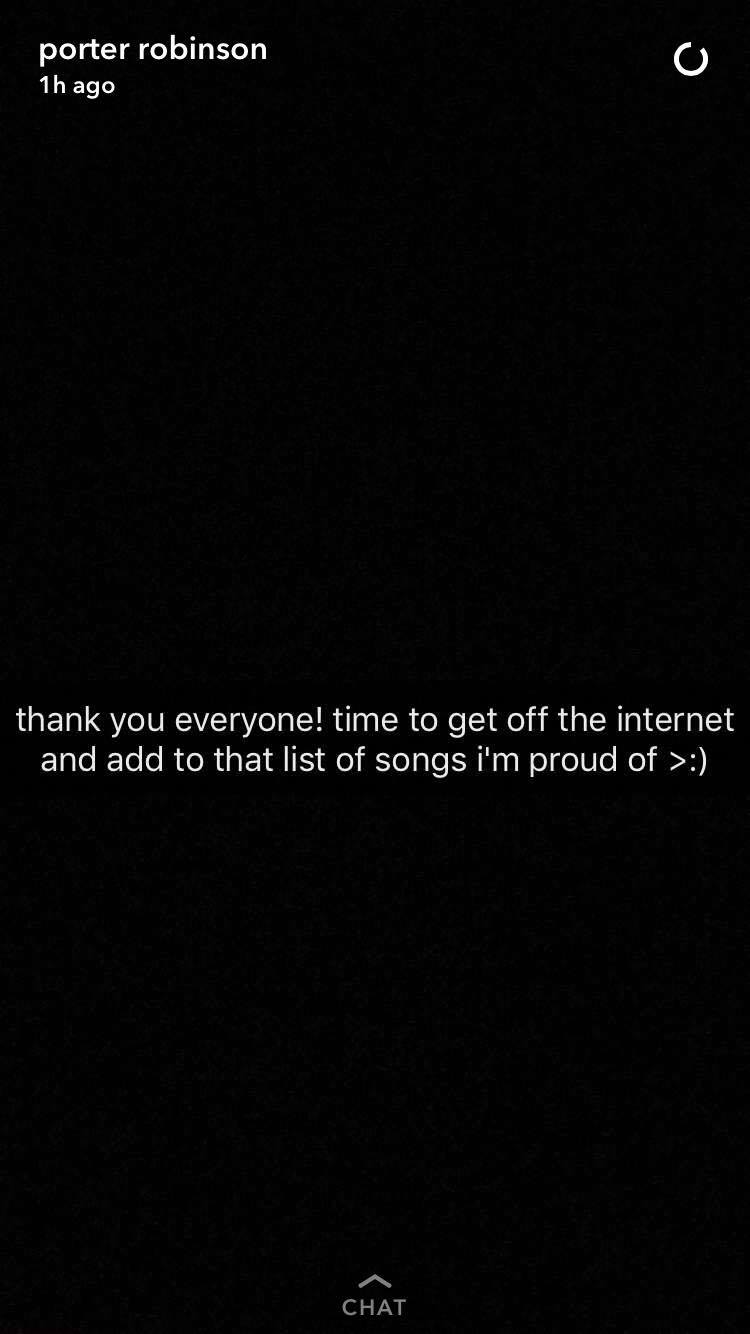