Richie Hawtin challenges the distinction between DJing and live performance with a new 75-minute audio-visual show which takes you closer to his unique way of performing. The show, CLOSE – Spontaneity & Synchronicity, explores the relationship between human creativity and the innovative technologies that enable the freedom of improvisation. Using intimately placed cameras this man versus machine relationship unfolds onscreen in real-time bringing the audience closer than before to Hawtin’s intuitive gestures.

The Canadian artist will debut the show at both weekends of Coachella on the Mojave stage to commence the first engagement of CLOSE’s worldwide tour. Other festivals and venues that will present the show include: The Sydney Opera House for the highly-regarded Vivid LIVE cultural festival where Hawtin will perform CLOSE on the serene Northern Broadwalk, with the Sydney Harbour Bridge in the background and surrounded by 270-degree water views; a headlining slot at America’s leading underground festiva lMovement in Detroit – the city where HAWTIN began his career as a curious and fanatical young DJ from across the border in Windsor, Canada; the Pitchfork Stage at PRIMAVERA SOUND in Portugal; MELT in Berlin for the event’s 20th Anniversary; Hawtin’s debut at WE LOVE GREEN in Paris, and a long-awaited return to CREAMFIELDS in the U.K. to headline the award-winning Steelyard structure which will be Hawtin’s only British festival date in 2017. Full dates are listed below.

Hawtin’s career has continually evolved and innovated over the last 25 years through his own music as Plastikman, his co-creation of Final Scratch which led the huge shift of DJing to digital, a co-founder of the Beatport retail platform and more recently the analogue MODEL 1 mixer he designed for his own PLAYdifferently technology company. Co-designed with Andy Rigby-Jones, who designed the X-One for Allen & Heath, the MODEL 1 has seen many of the world’s most creative DJs change their central choice of instrument after many years. In recent times as a performer, HAWTIN took Plastikman to the Guggenheim in New York, performed at the Grand Palais in Paris in response to work by sculptor Anish Kapoor and recently worked on two sound installations with famed German artist / photographer Andreas Gursky.

For those at home, Richie Hawtin’s CLOSE will be live streamed from Coachella. Check out the full schedule here. 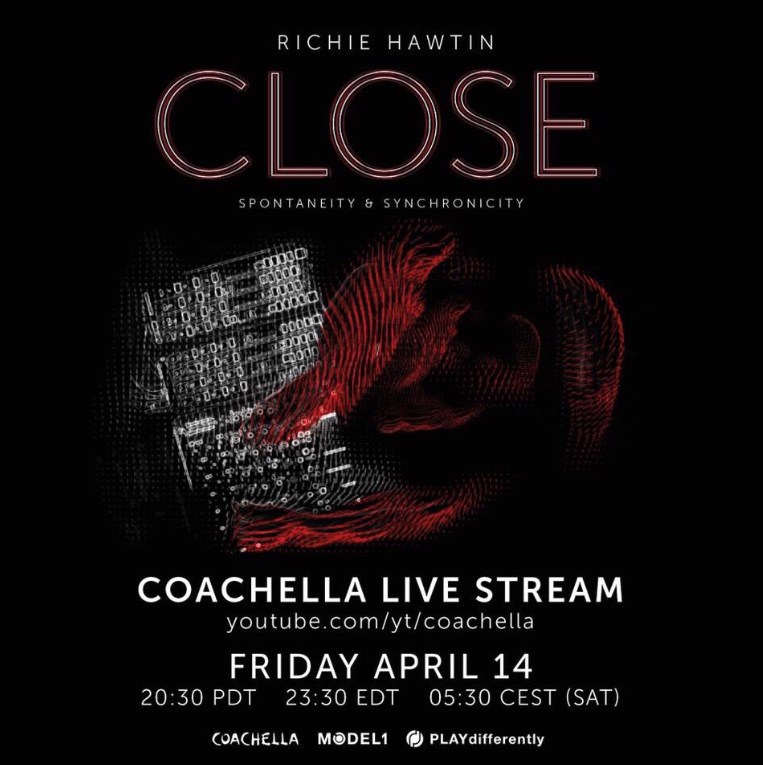