Rolling Loud continues to make noise in California. Next Spring, they’re touching back down in SoCal for the 5th year on March 3-5, 2023 as they present Rolling Loud California 2023. As the largest Hip-Hop affair in the world, they’ve had the privilege of hosting Future, Lil Wayne, Kid Cudi, Post Malone, Schoolboy Q, Juicy J, and Kendrick Lamar among others. While the lineup announcement for this year is still looming, we have high hopes for this year’s spectacular…especially after seeing who headlined this year’s festival in Miami and New York.

Rolling Loud’s beginnings in Miami were anything but humble. Kicking off with such a bang that condo owners are actively petitioning to shut them down, the festival grew dramatically in praise among the Hip-Hop community. This year, the promoters behind it announced they’re returning to California and the west coast hip hop heads are ecstatic. Rolling Loud California 2023 (Rolling Loud SoCal) will take place at the Hollywood Park Grounds adjacent to SoFi Stadium on March 3rd, 4th, and 5th Rolling Loud California is bringing some incredible talent back to SoCal from OG artists to the new school. So you better be ready to go hard his December. 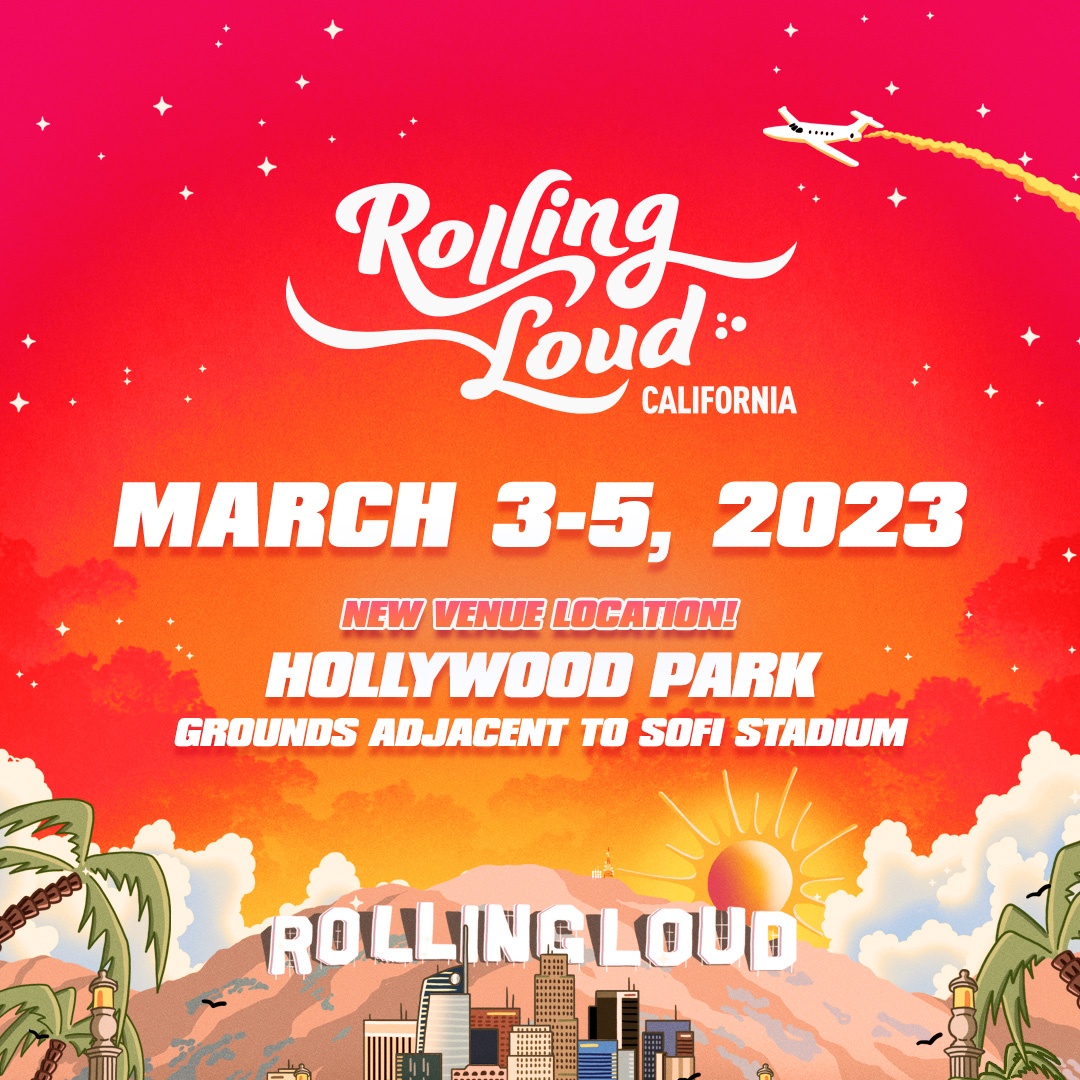