Skrillex’s label OWSLA turned into one of the most iconic collectives in Dance music in less than a decade. A bright star in the sea of talented artists, Josh Pan, was proud to drop some news on himself and his boss on Instagram. Skrillex screen capped the story and posted it to his own social media: “this man believed in me for some odd reason and took a chance w me before most people even cared to listen,” Pan says. Thanks to the efforts Skrillex took to put out Pan’s OWSLA releases, he is now a force to be reckoned with. He goes on to reveal without a doubt that they both will put a smile to our faces by the end of 2018: “We’re both about to put out some crazy music this year. He’s back!!!!”. Skrillex returned to the festival circuit recently, performing over at Japan’s Fuji Rock, that had people wanting more of Sonny. So hopefully with the new music dropping, we’ll see Skrillex do a few more shows in late 2018.

In a social media post, in which Pan confirms new music of his own, the young experimentalist couldn’t help but share some words of endearment about his label head, though some keywords in his post jump right off the screen,

“We’re both about to put out some crazy music this year. He’s back!!!!”

We can’t wait to see what’s next. Look out for some post-hiatus tunes from Skrillex very soon. 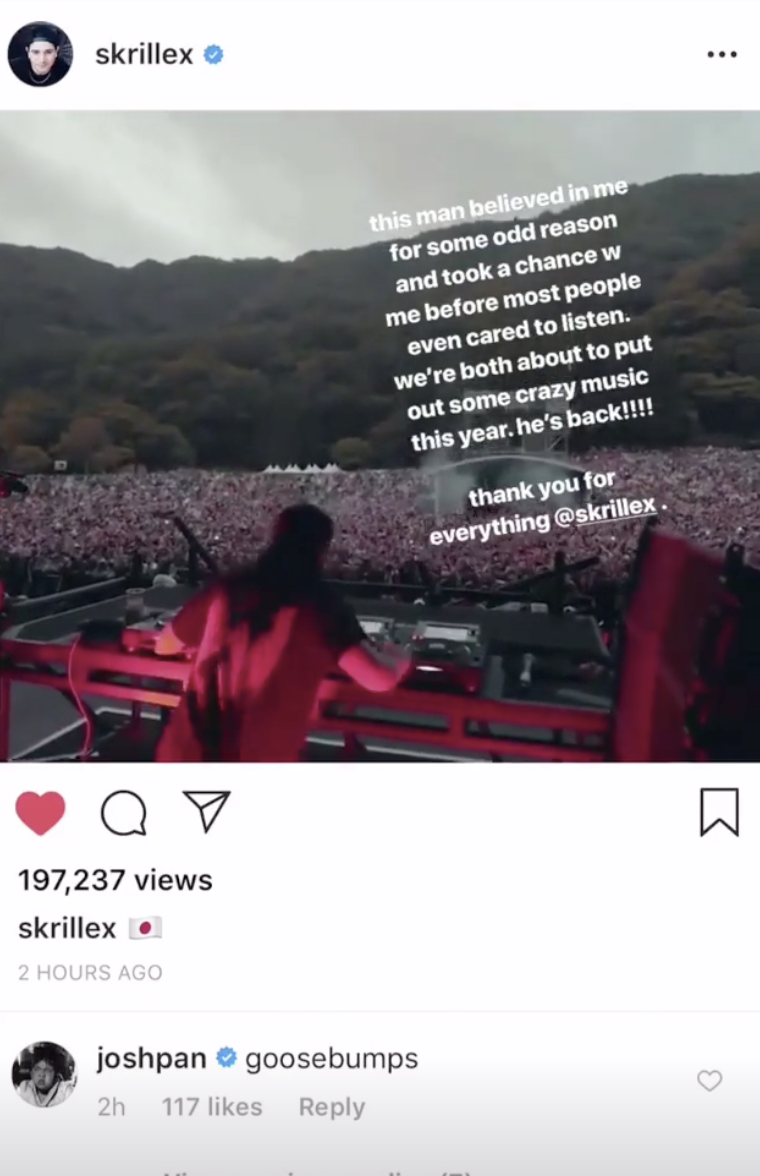