From July 20th to September 2, the United States will be under a cloud of smoke thanks to Wiz Khalifa and Snoop Dogg. Thanks to the hosting of Merry Jane, these two and support acts DJ Drama, Jevin Gates, and Casey Veggies among others will be starting their tour in Florida and ending in Seattle, where joints will be legally allowed to be held in the air. Let’s not fool ourselves into thinking they won’t be all over the place in any of the other listed cities below, though. 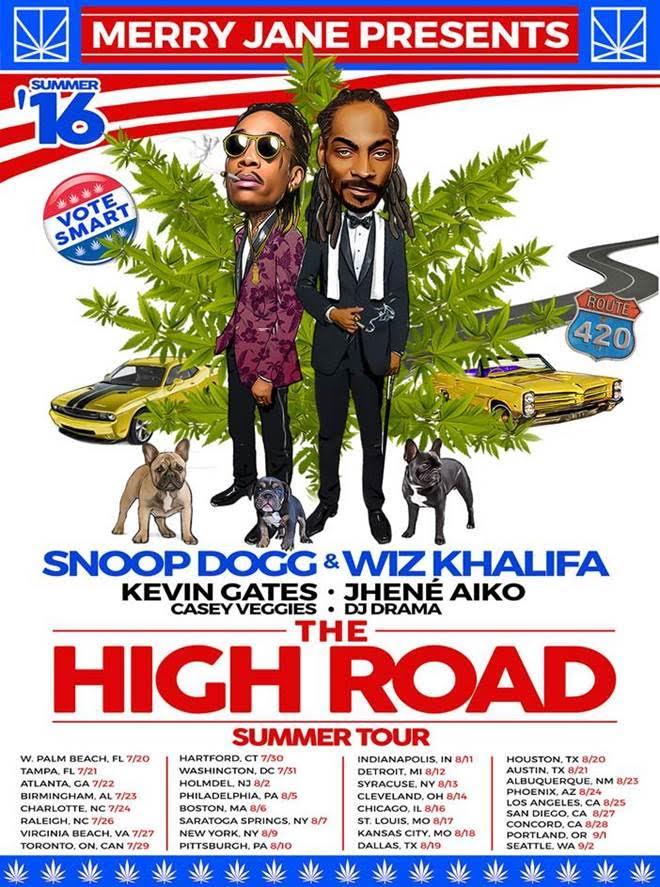