Insomniac and local partner OCESA announced Mexico City as the very first international destination for Factory 93, bringing its dark sounds and immersive experience to Pabellón Cuervo on Friday, May 19, 2017. Techno legend Richie Hawtin, along with Matador and Hito will perform in the warehouse space, using the most advanced and immersive sound and technology in the underground. Tickets go on sale Thursday, March 30 at TheFactory93.com/mexico.

Richie Hawtin is widely celebrated as one of the most iconic and influential figures in techno, his unique sound becoming synonymous with innovation and Detroit style. Over his twenty years in electronic music, Hawtin has headlined some of the most prestigious festivals and events in club culture, including Electric Daisy Carnival’s neonGARDEN stage, and continues to define rather than follow musical trends.

The team behind EDC Mexico, the largest music festival in the country, will now come together to create an incredible warehouse experience, drawing from Insomniac’s beginnings in the world of the Los Angeles underground. Factory 93 is known for fusing bold self-expression and creativity with immersive live art, cutting-edge technology and exceptionally curated house and techno. The event’s first dedicated show outside of Los Angeles into the sonically seasoned Mexico City music scene will be an unforgettable milestone in the underground world. 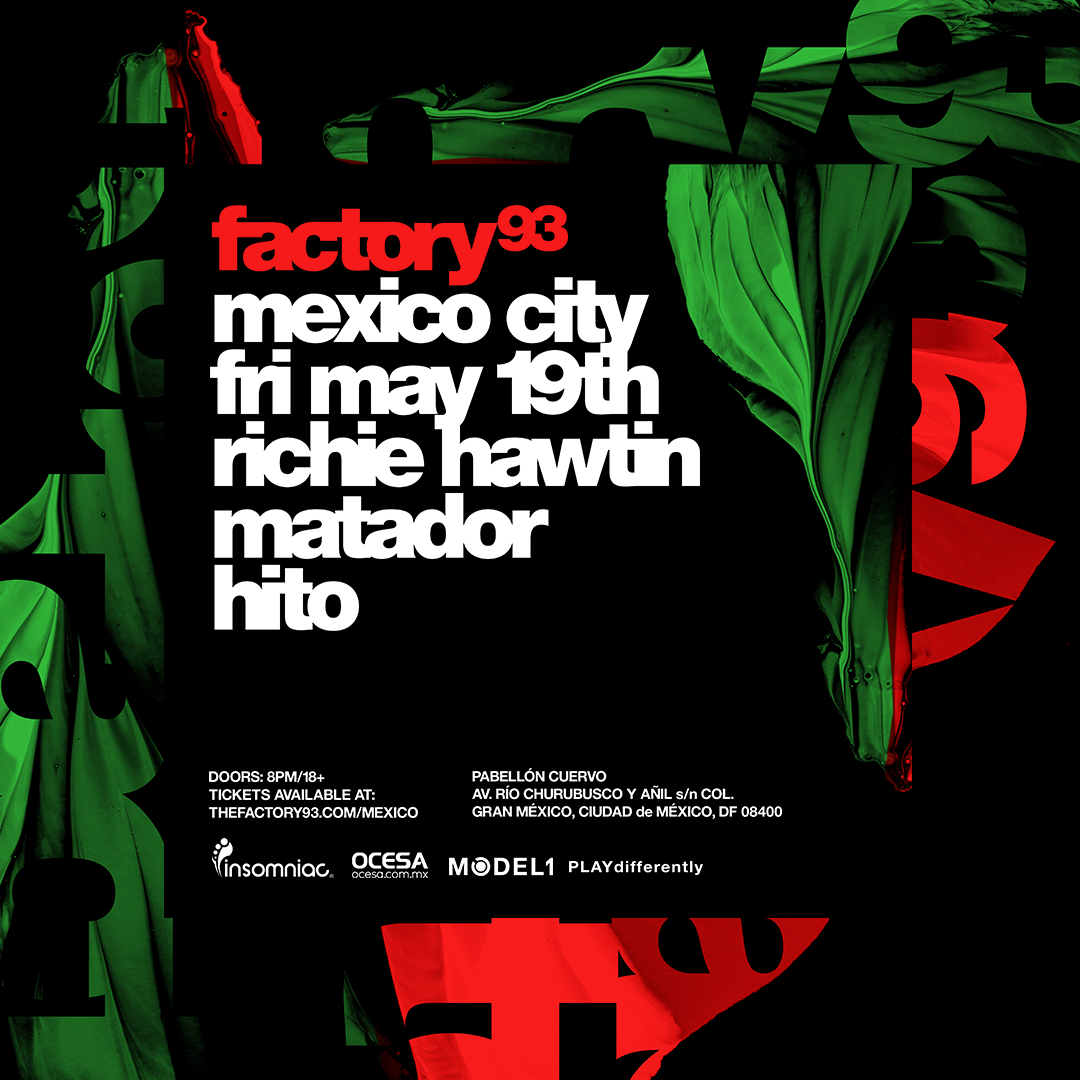