After teasing something huge was coming, people started going crazy speculating if this was a major collab or major show? The Glitch Mob, Slander, NGHTMRE, and Seven Lions also changed their profile photos to the same image. All fan bases are frenzied at the moment trying to guess what this could mean.

A few posters spotted at EDC Las Vegas 2019 have confirmed that all four artists intend to join forces for “The Alchemy Tour.” The posters only gave us a few details, for instance, the tour stop looks like Southern California only, and on August 17th of this year.

But today, we now have the answer as NGHTMRE + Slander, Seven Lions, and The Glitch Mob Headline Long Beach’s Marina Green on Saturday, August 17th. Sounds like the perfect beach party to us. 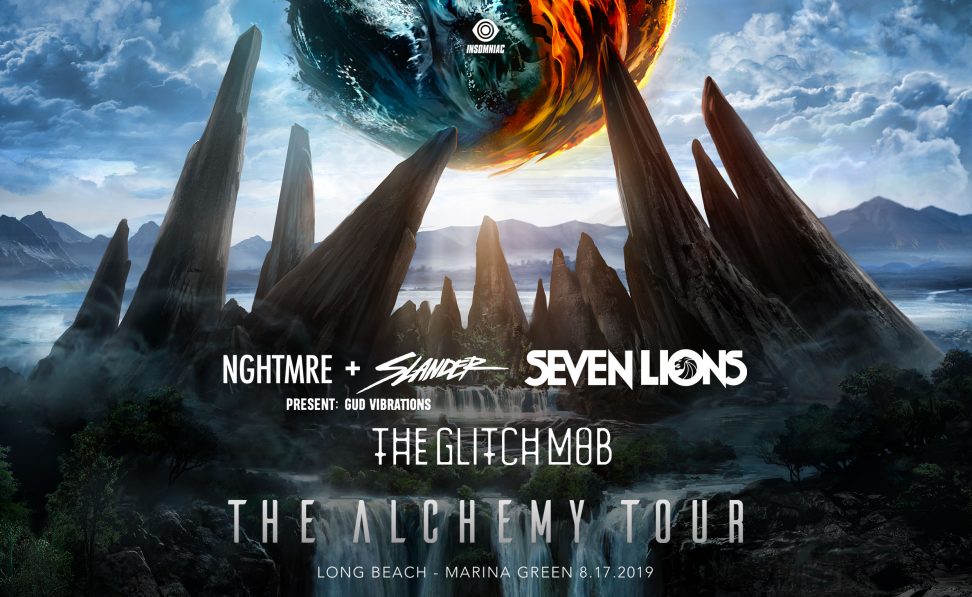