Today, Insomniac announced the return of a fan favorite, Audiotistic SoCal 2018. Insomniac’s broad-spectrum, genre-blending brand is finally back after being on a hiatus since 2011 here in Southern California, which returns to take over the NOS Event Center – featuring one epic day of nonstop music during NYE weekend on Saturday, December 29th. Audiotistic will bring fans cutting-edge and unforgettable sets by the world’s top hip-hop and dance music artists. Audiotistic SoCal Tickets will go on sale on

The diverse roster of eclectic artists, top-of-the-line pyrotechnics and production technologies, impressive indoor stages, and Insomniac’s treasured Boombox Art Car will have fans dancing nonstop while enjoying their favorite artists throughout the night. This year, the genre-fusing Audiotistic SoCal will showcase a variety of many artists. The full lineup for Audiotistic SoCal 2018 has now been announced and its features…

Audiotistic SoCal Tickets are on sale October 19th for $69.99.

Who are YOU excited to see play Audiotistic SoCal? Comment below to win TWO tickets 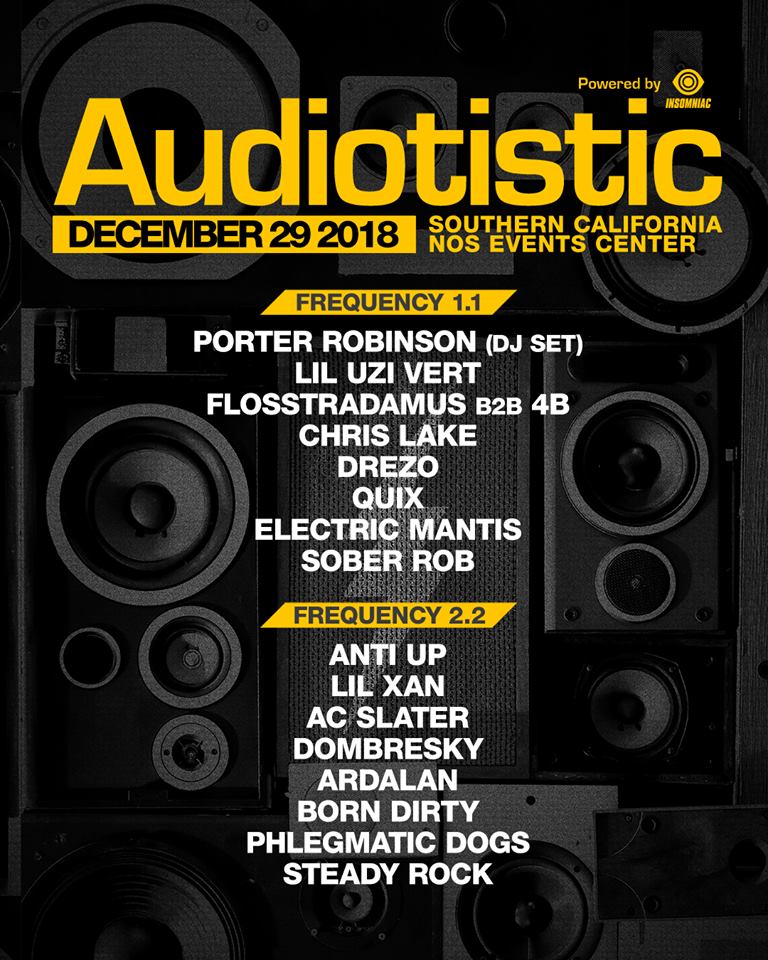