Throughout the two-day celebration of music, art and inclusivity, EDC Mexico 2019 will welcome a roster of talent to the festival stage for the first time ever, including Dimitri Vegas & Like Mike, GG Magree, Gryffin, Kygo, RL Grime, Polo & Pan, Skrillex, and Solardo. With a nod to the local dance music community, Mexico’s very own Flor Capistran, Jessica Audiffred, Los Dutis, Mariana BO and Nortec Collective are just some of the notable local names to be showcased at EDC Mexico.

In 2019, fans of EDC Mexico can look forward to brand new elements never seen before in the country. The stereoBLOOM stage, hosted by Insomniac Records, will make its way to EDC Mexico for the first time for its international festival debut. First featured at EDC Las Vegas 2018, stereoBLOOM curates an array of established and emerging talent in a club-like atmosphere. Inside the Mayan Warrior Arena, an indoor, jungle-like environment, the famed Mayan Warrior Art Car will present indie and underground vibes within an authentic and ancient audiovisual experience. Basscon, dedicated to the harder styles of dance music, and Bassrush, championing all styles of bass music including trap, dubstep, drum and bass and more, will bring their high-energy sounds to the wasteLAND stage following a run of sold out U.S. shows. 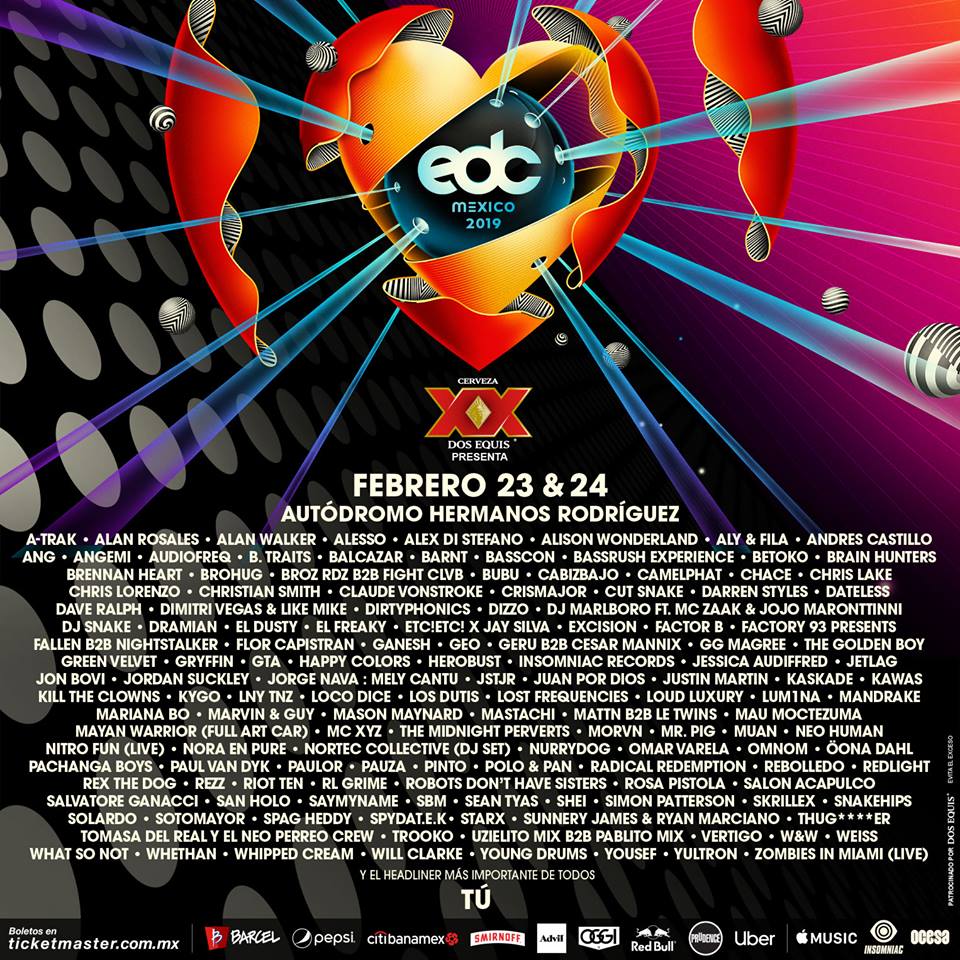