Gorillaz’ Demon Dayz Festival is going global, with a US edition set to debut in Los Angeles this October.

While the UK leg – the only edition of which took place last June at Dreamland Margate (15,000-cap.) in Kent – was an AEG/Goldenvoice event, the LA festival is promoted and produced by Live Nation, and will be the “exclusive appearance” for Demon Dayz in 2018, says the company.

It is unclear whether Demon Dayz UK will return in 2019, and where the deal with LN leaves its chief rival; IQ has sought clarification.

While rumors suggested Demon Dayz would make its US debut in Chicago, the inaugural event will take place at the Pico Rivera Sports Arena (6,250-cap.) and Grounds in Los Angeles on Saturday, October 20th.

The line-up, to be announced shortly, “will be comprised of special guests and collaborators from within and beyond the Gorillaz extended family,” according to Live Nation.

LISTEN TO THEIR NEW SONGS ‘HUMILITY’ AND ‘LAKE ZURICH’ HERE

Also announced today are a new Gorillaz album, The Now Now, and a North American tour, The Now Now tour. Dates are: 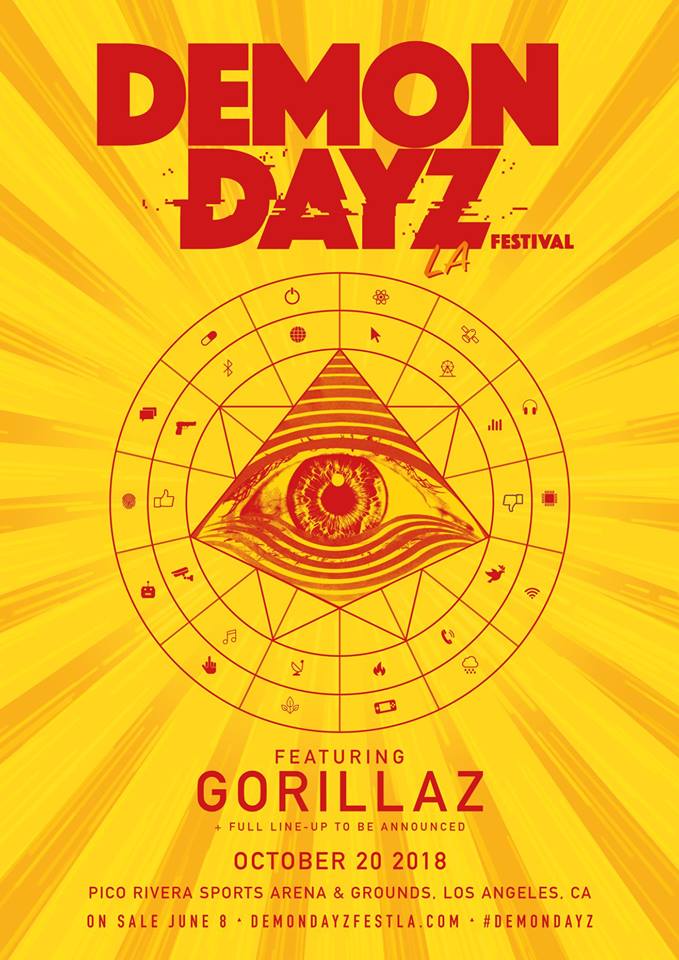