Kaskade is back in a big way for his tour across the states This fall. Waving the Redux flag strong and proud, the Californian DJ has announced all but two cities for the remainder of his mostly sold out run of shows. In regards to the two blurred out dates after November 15th…we all got hoodwinked a bit. But don’t you fear as the big secret is finally out, Kaskade’s return to Los Angeles is actually an Sunday, November 10th. His deep house sound will reach its biggest crowd ever, at Downtown’s Grand Park.

People have clamored for a bigger experience with Kaskade’s Redux parties for quite a while now. The biggest LA Redux was done at the Palladium before his mainline performance at the LA Convention center back in 2016. Though he was against it before, he detailed the reasoning behind his move from intimate club sets to crowds bigger than the Palladium on Twitter a few weeks back. It looks like he wants to go way big to make this Redux experience one to remember.

Tickets to Kaskade Redux Los Angeles at Grand Park go on sale THIS Friday, October 4th @ 12PM. No word yet if we’re going to see an official after party but knowing Kaskade, it wont surprises if we see one pop up at a local LA club.

What songs do YOU want Kaskade to play in person? Comment below to win TWO tickets 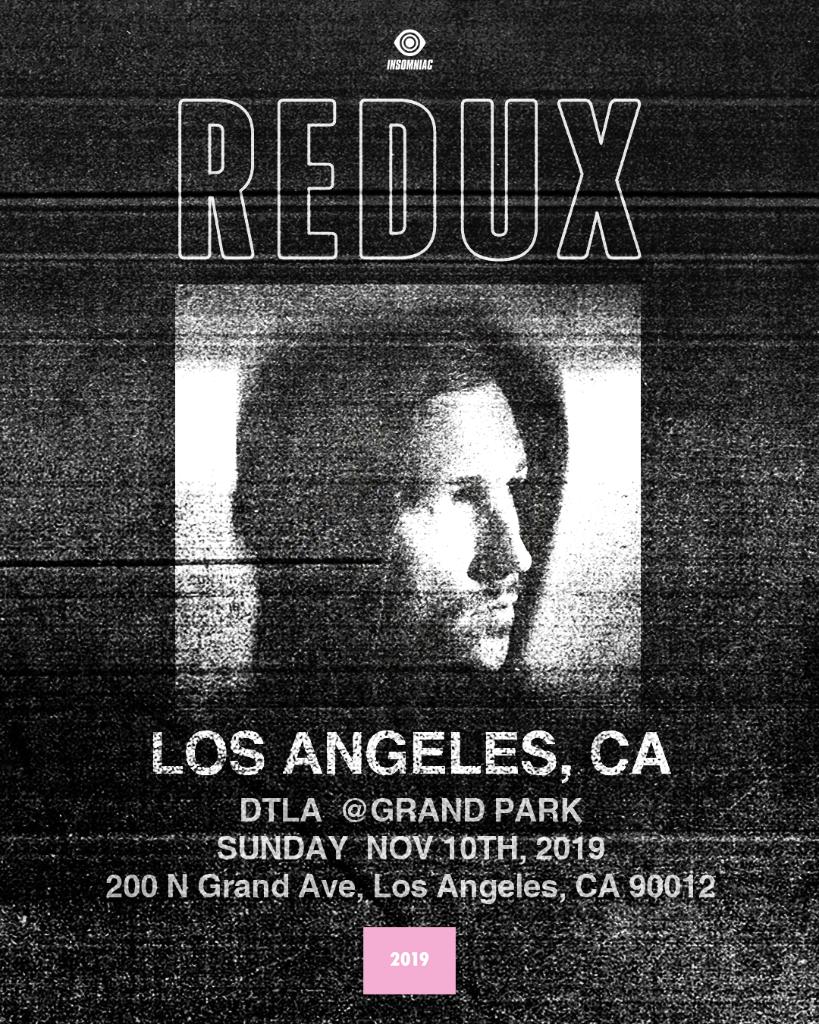