Kaskade is back in a big way as he just recently announced a mini drive-in tour across California during the month of October. You read that right as this is not a joke. On Friday, October 30th and Saturday, October 31st we’ll be raving once again as Kaskade Drive-In Rave Anaheim will go down at the City National Grove of Anaheim, right near Angels Stadium in OC. Gareth Emery recently just did a three-night event at the famous Orange County venue and was a huge success so it makes sense why Kaskade also wants a piece of the pie.

Drive-in shows are the newest thing now, and the way we have all been grasping for normalcy. We have seen Insomniac doing a weekly drive-in rave, as well as other artists such as Rezz, Deadmau5, and Kayzo. And now to everyone’s excitement, Kaskade is joining in on the fun.

His drive-in tour, aptly titled “Road Trip,” is going to span across 7 days and 4 cities in California. With SoCal being the site for so many drive-in raves and shows, it truly does seem like the place to start it off with.

Kaskade Drive-In Rave Anaheim pre-sale tickets began today at 9am PST, right after Kaskade’s announcement. You can sign up for the pre-sale at kaskademusic.com. Anyone who signs up gets access to tickets two hours before they go on sale to the public. For those who do the pre-sale sign-up, tickets go on-sale on Thursday, Oct 15 at 10 AM PST. General on-sale goes live on Thursday, Oct 15 at 12PM PST. Social distancing guidelines will of course be followed at the show. We are just as excited as Kaskade is for the connection in this new normal. 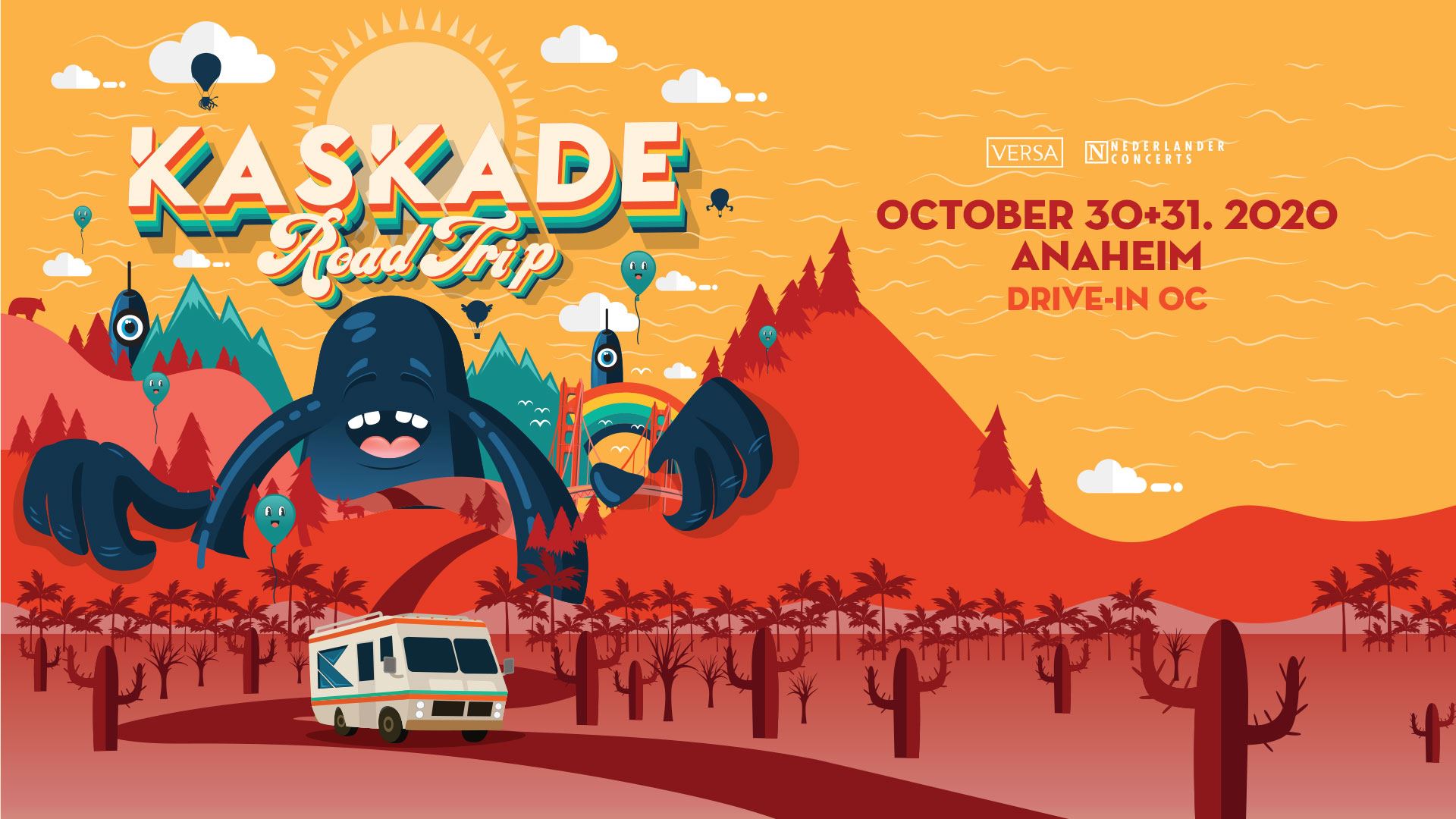