Minimal Effort revealed the lineup and location for its 2019 New Year’s Eve event. Minimal Effort will move into 2020 amongst the comfort and luxury of the iconic Los Angeles Theater, and continue its devotion to providing ahead of its time electronic music lineups to the underground elite of Los Angeles.

Following their Halloween event in October, Minimal Effort New Years Eve will provide their fans with another unrivaled night of the best underground house and techno music curation. Located on Broadway in the heart of downtown Los Angeles, its French Baroque-inspired décor, cove-lit murals, and ornate gilded interior make the LA Theater a glamorous reminder of Hollywood’s golden-age. The space is a testament to Minimal Effort’s ability to finding the most unique venues for their bi-annual events, and attendees can be certain to celebrate the arrival of 2020 in style, soundtracked by the electronic music industry’s elite. 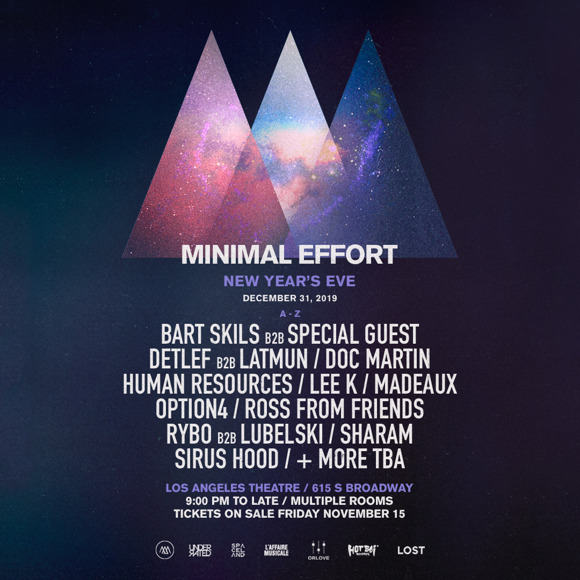