Audiotistic SoCal 2019 serves as a unique and exciting way to begin the new year’s weekend at Countdown NYE 2019. For those worried that it wouldn’t return after the announcement of Countdown, worry not: flyers for the second edition of the show were handed out after the Night Bass Party in Los Angeles over the weekend. The label is hosting their own stage at Frequency 2.2, and their selection of artistic talent makes for a promising New Year’s Eve-Eve Party.

The stage will feature sets from Taiki Nulight, Bijou, AC Slater, and a special back to back set between Anna Lunoe and Wax Motif to name just a few. The best news? There’s a whole other half or more of the lineup to come. Considering last year’s Audiotistic lineup had enough of a roster to fill two stages, there bound to be more great announcements down the pipeline. For those already headed to SB to ring in 2020, it’ll definitely be worth making the extra time for a day of good House Music at the NOS.

Which DJs are YOU most excited for? Comment below to win two tickets 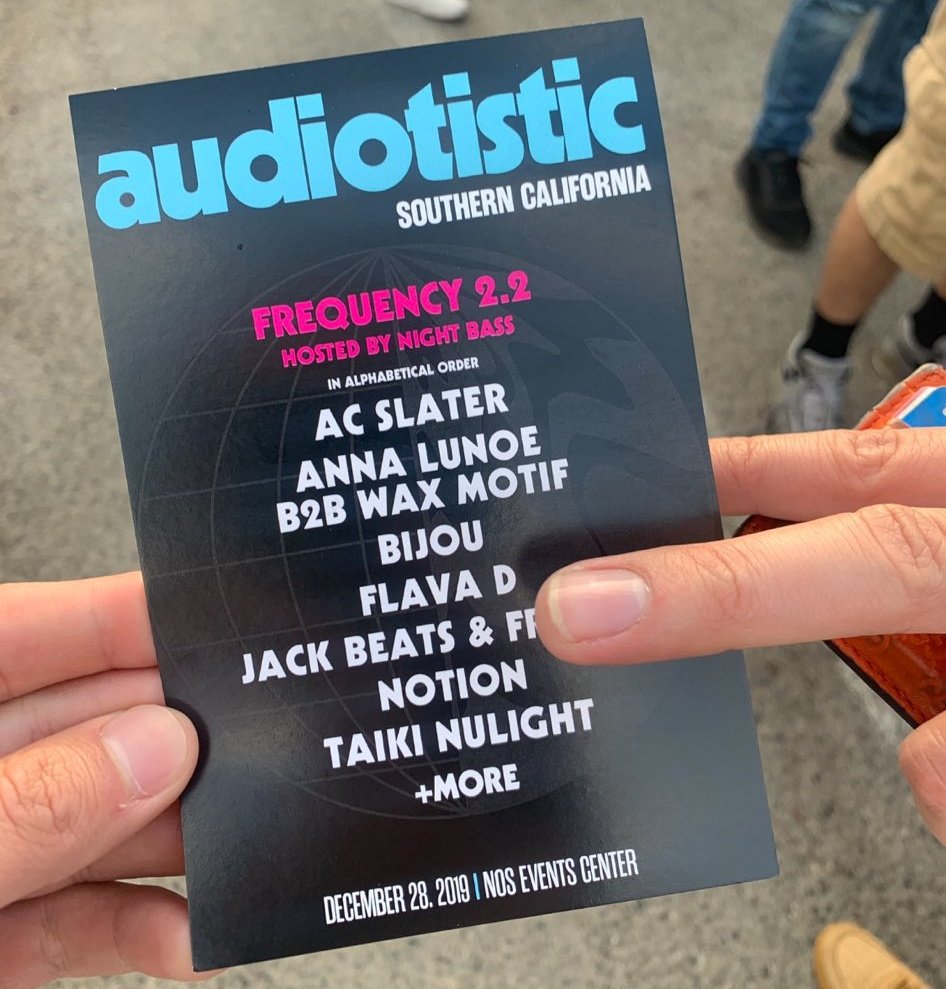