For those who missed the news. Pasquale Rotella, founder and owner of Insomniac, has announced that due to a new sound law affecting the Glen Helen Amphitheater, the music at this year’s Nocturnal Wonderland will have to end at midnight. While Rotella & the team looked at alternate locations for this years Nocturnal, they’ve decided the best move is to keep the show at Glen Helen one last time for a proper send off! 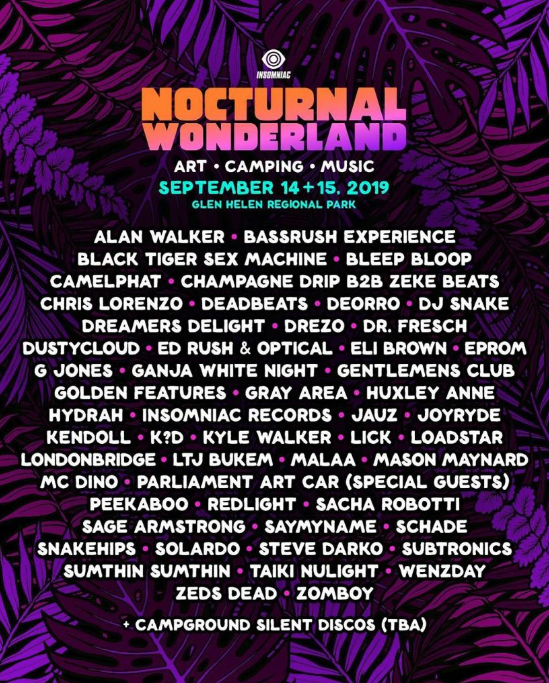