Rolling Loud’s beginnings in Miami were anything but humble. Kicking off with such a bang that condo owners are actively petitioning to shut them down, the festival grew dramatically in praise among the Hip-Hop community. This year, the promoters behind it announced they’re returning to California after announcing a HUGE lineup for their Miami edition. Us folks in SoCal will be treated to our own leg of the festival as this year Rolling Loud California 2021 (Rolling Loud SoCal) will take place at the NOS Events Center on December 10th, 11th, & 12th. Rolling Loud California is bringing some incredible talent back to SoCal from OG artists to the new school. So you better be ready to go hard than a motherfucker this December.

Want the rest of the Rolling Loud California 2021 Lineup? Check out the official flyer below

Tickets to Rolling Loud California 2021 are now on sale!

GIVEAWAY:
Which Hip-Hop artists are YOU excited to see? Comment below to win TWO tickets. 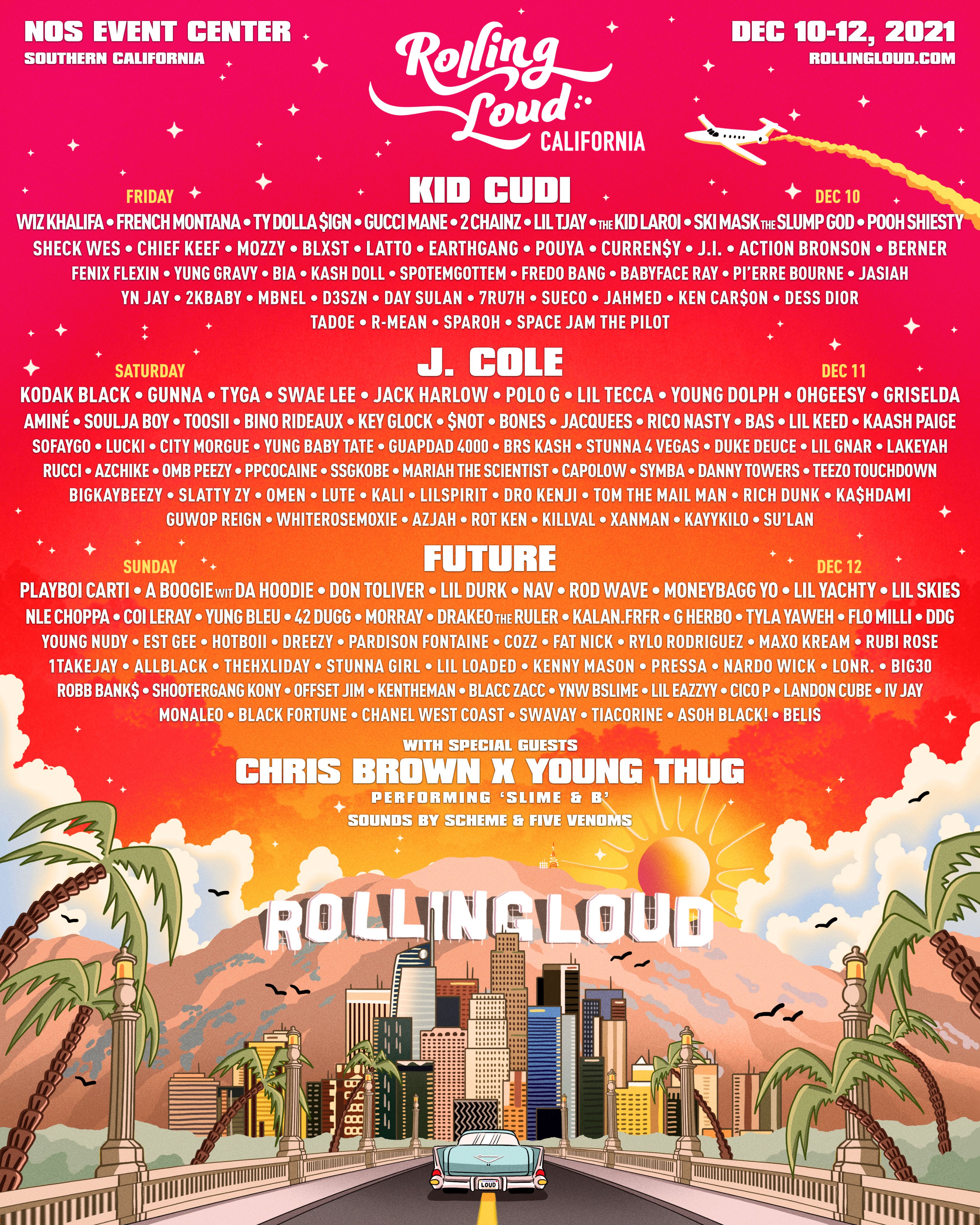