Hot off his newest single “The Future” featuring James Vincent McMorrow, emerging artist San Holo announces the first phase of his bitbird Presents: San Holo North American Tour. And on Thursday, November 30th you will have the chance to see San Holo at The Observatory OC.

San Holo has had a stellar 2017 so far, with his hit single “Light” closing in on 70 million streams on Spotify, hitting #1 on Sirius XM’s flagship dance channel BPM for 7 straight weeks and peaking at #14 on the Billboard Hot Dance/Electronic Chart. San Holo will also be bringing along fellow flagship bitbird artist DROELOE as direct support on his tour. The two artists recently released their collab, “Lines of The Broken (feat. CUT_)” which currently sits at over 3 million streams on Spotify.

San’s last 2017 North American tour was a huge success, selling out shows all over the US, playing in over 20 cities along with Bonnaroo, EDC, and Lollapalooza this August. His upcoming tour will only be more exciting, and his success in North America is only further promise of the places elsewhere he’ll be bringing his show soon. Tickets to San Holo at The Observatory OC are now on sale! 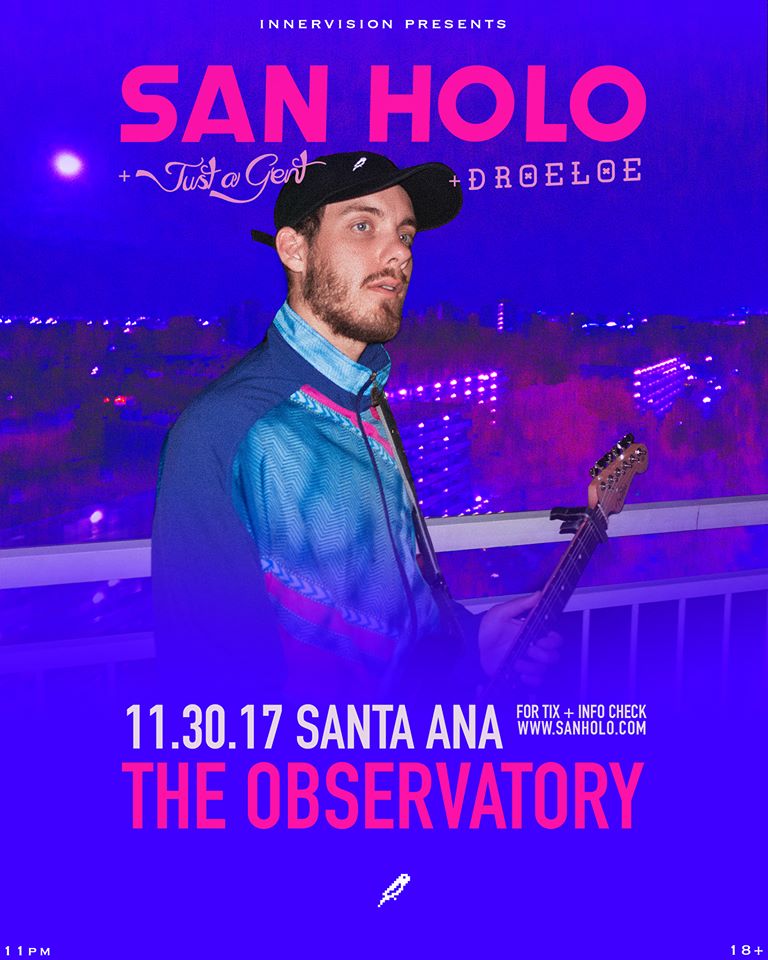