Australian Dj and Producer tyDi roasts United Airlines via Twitter after being denied to board his flight home.

Taking a break from his string of shows across North America, tyDi decided to go directly to the airport to avoid possibly missing his international flight home to Australia instead of taking the train. Apparently United isn’t too fond of their travelers being early as tyDi was not allowed to board his flight due to “missing” one of his trip segments and thus cancelling his entire ticket. Tydi then took to Twitter to tell both United and his fans how outlandish the situation truly was. 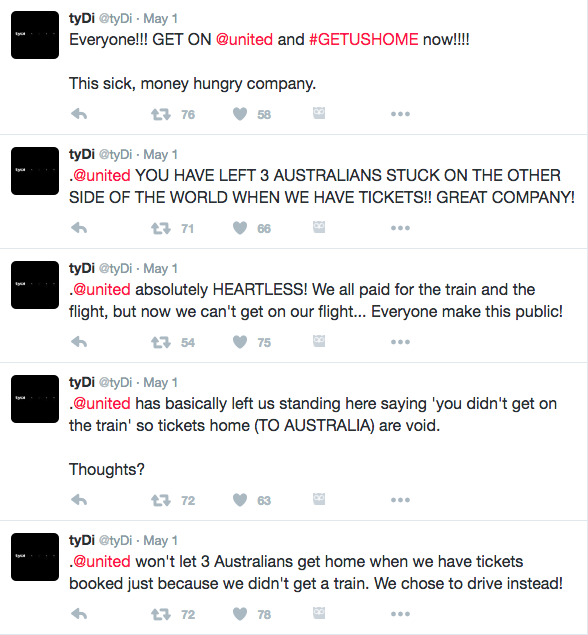 Adding insult to injury and putting the cherry on top of the cake, the staff kindly explained their brilliant policy in the the most coherent way possible. Luckily Ruby Rose speaks fluent United. 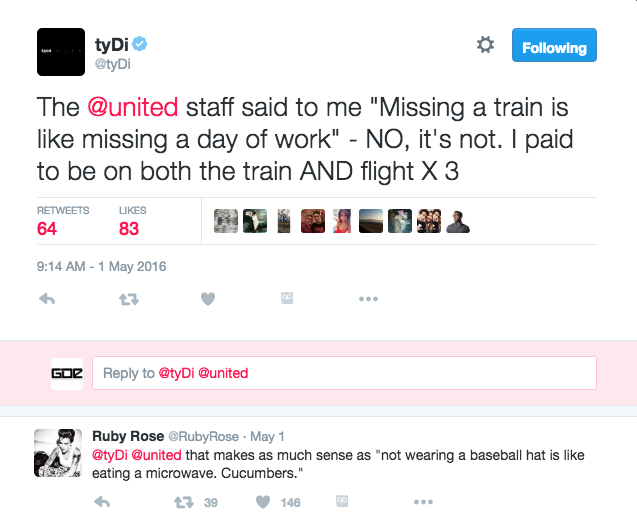 Tyson then took the time to write a full letter to United detailing the event, in which they will quickly resolve…in 7 to 10 business days 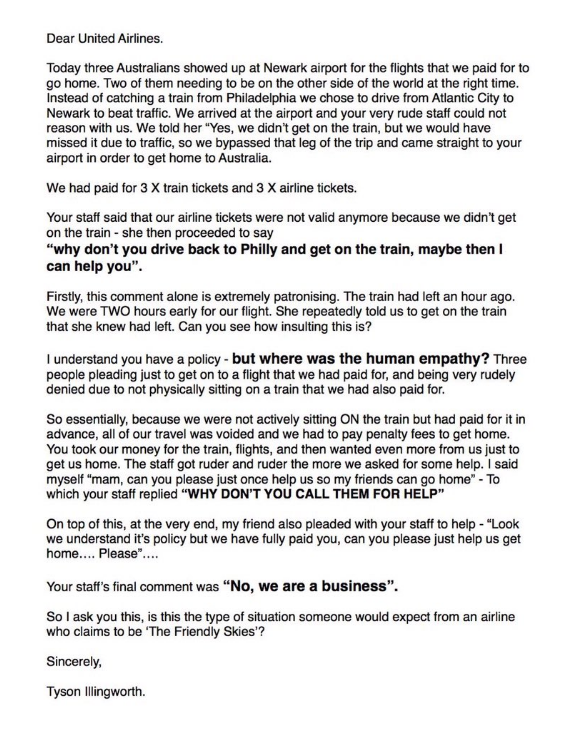 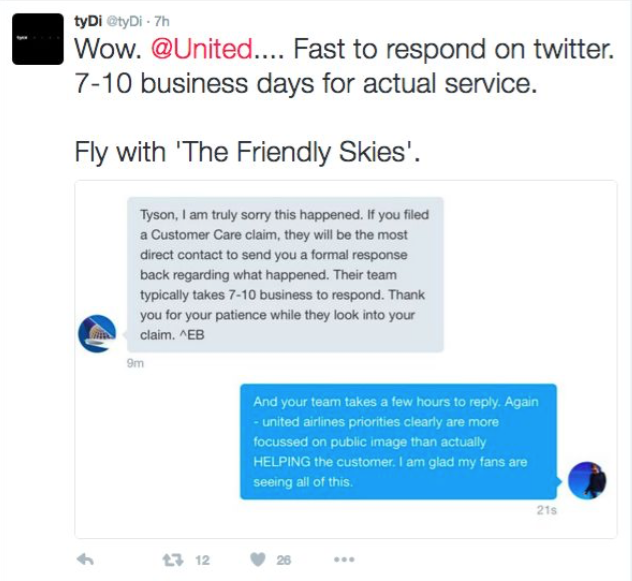 Looks like tyDi will be flying Delta from now on! Read all of tyDi’s United Twitter mentions here.