This year’s Ultra Music Festival returns once again for one weekend in celebration of Miami’s music week from March 18th, 19th, & 20th 2016. This famous week long of music, art, clubs, and great vibes resonates a certain feeling and brand that is unmatched on the southeast coast, or anywhere in the world for that matter. With world class acts by the likes of Armin van Buuren, The Prodigy, Jamie Jones, Eric Prydz, Chet Faker, and the return of Pendulum Live and many others who have played at this festival in the past, 2015 promises to be nothing short of spectacular!

The phase 1 lineup has been revealed to the world and Ultra once again do not disappoint as they bring some of dance music’s BIGGEST players. 3-day passes are still available. 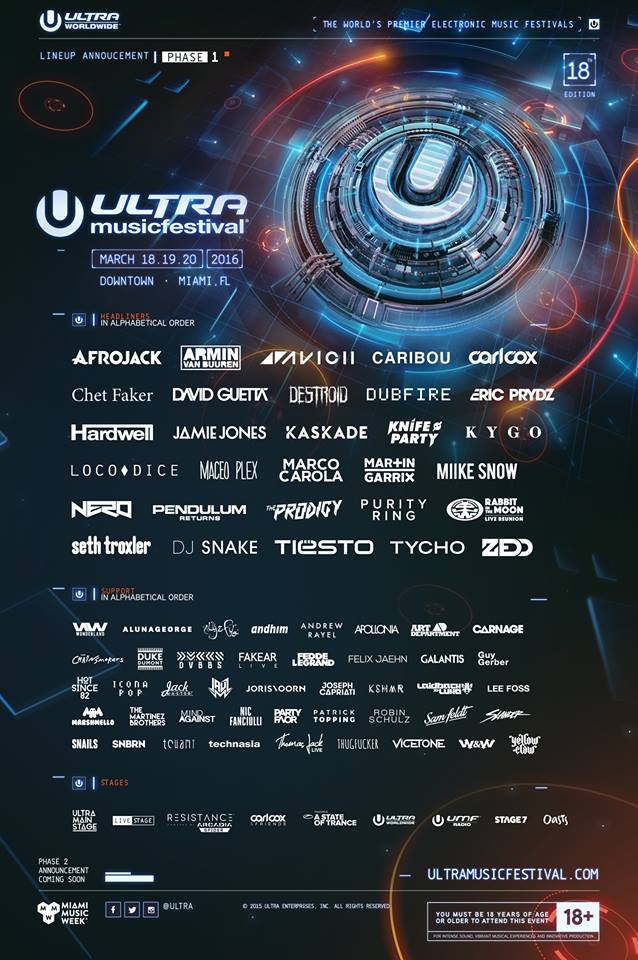