RESISTANCE has evolved into a global powerhouse of underground curation since its inception in 2015, from programming stages at Ultra events in 35 cities internationally to organizing tours across Latin America and Asia. In 2017, RESISTANCE debuted its first-ever residency in Ibiza at the world’s largest nightclub Privilege, and has since welcomed house and techno heavyweights from around the world. The following year, RESISTANCE Ibiza was awarded the coveted title of ‘Best Ibiza Night 2018’ by DJ Awards in its sophomore season.

Following three banner years in Ibiza, Ultra recently announced the launch of RESISTANCE’s inaugural U.S. club residency in the festival’s beloved hometown of Miami Beach. RESISTANCE Miami will transport the fully-immersive Ibiza clubbing experience to America for the very first time at M2, the newly-minted nightclub in the heart of the Art Deco District. 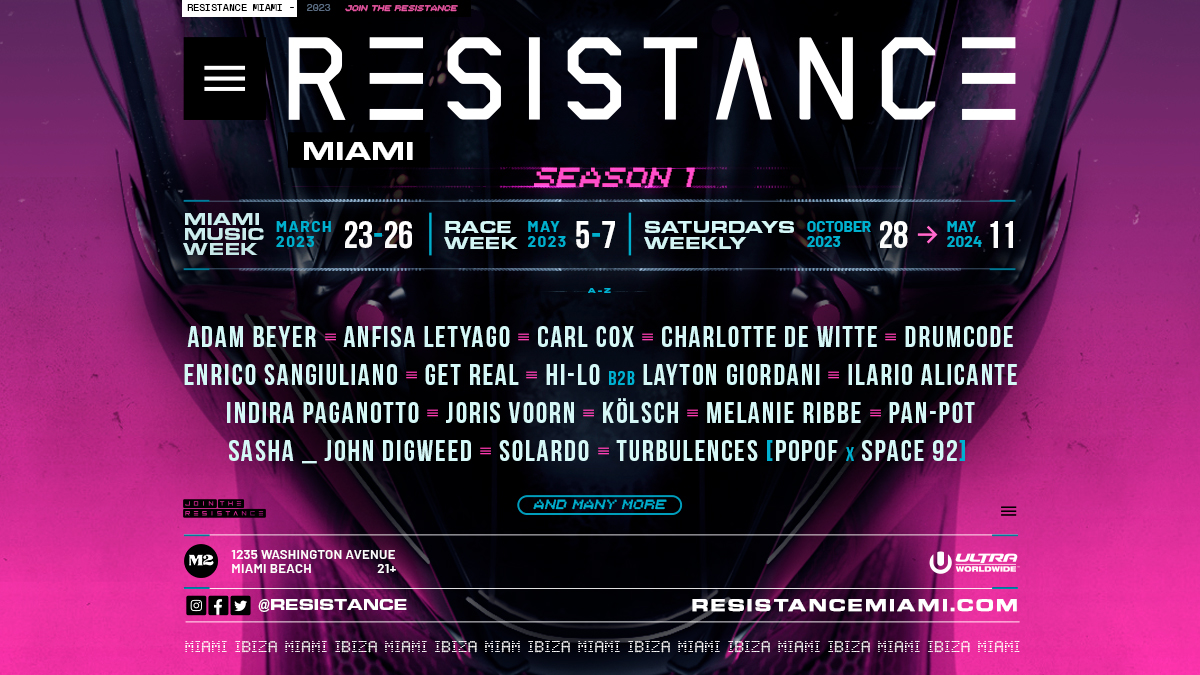 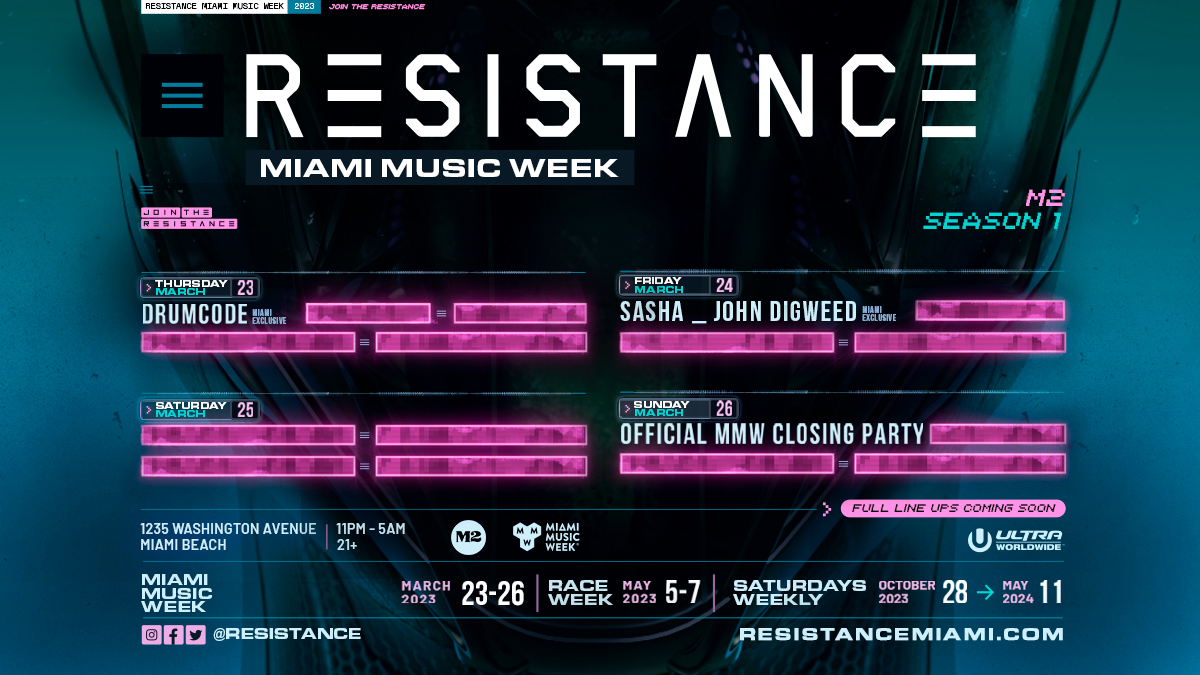