Fans are still waiting for the release of The Weekend’s third studio album Starboy which is set to drop next month, but they can already plan ahead to see the Canadian singer perform the tracks in concert. The 26-year-old has finally announced the first batch of dates from his Legend of the Fall tour, which will see him kick things off on February 17 in Europe before travelling to South America and North America for the remainder of the trip. He has yet to announce the special guests, but we will keep you posted with any updates. For now check out the full schedule below and make sure to pick up Starboy on November 25. 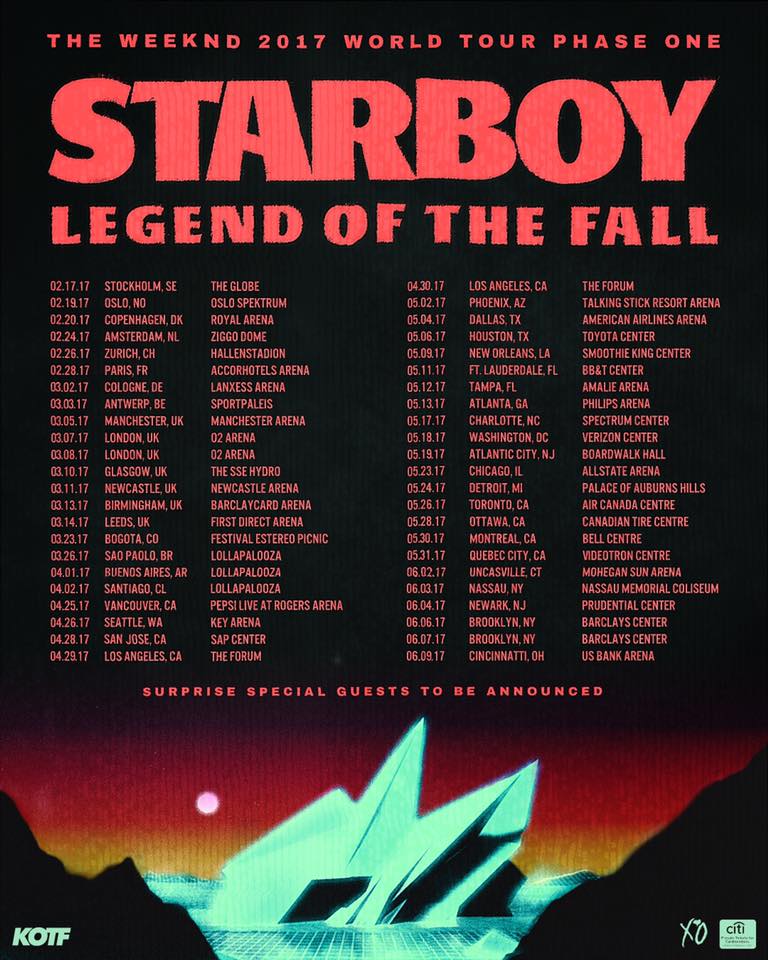