EDC Week 2021 kicks off with some bombshell news: a new Cannabis brand representing the three-day event has officially launched. Named “RNBW,” the new flower chain became available in CA and NV. Right out of the gate, several strains are available in each state. The brand’s new Instagram Page lists the strains as if on a music festival lineup.

The new announcement comes with a special promotion: with the purchase of two eighths ($50 each), one can also purchase a specially discounted GA ticket for $50. The deal extends even further with a larger investment in the new cannabis brand, if you purchase 1/4 OZ or a 1/2 OZ you get a free GA/GA+ 3-day pass but if you purchase a full ounce you’ll receive a free VIP pass. And there are more deals on top of that too. Crazy times we’re living in.

Proud to be launching RNBW as the official flower of EDC and EDC Week! RNBW is now available at select stores and eventually will be available at Insomniac festivals!

Intersecting live music and cannabis culture is something I’ve been looking forward to and the time is finally here. I can’t wait for us to take this immersive journey together.😎

Introducing: your official lineup of flower for EDC & EDC WEEK!🌼🔥

As it stands, there are no plans to sell cannabis inside of EDC this year. The website details special pre-order deals for their upcoming Escape, Dreamstate, and Countdown events in California, but the official account confirmed this would not happen for Vegas in a comment reply. Regardless, this begins an exciting new era for cannabis culture in the festival scene.

Check out all the details via IG @RNBW.World. 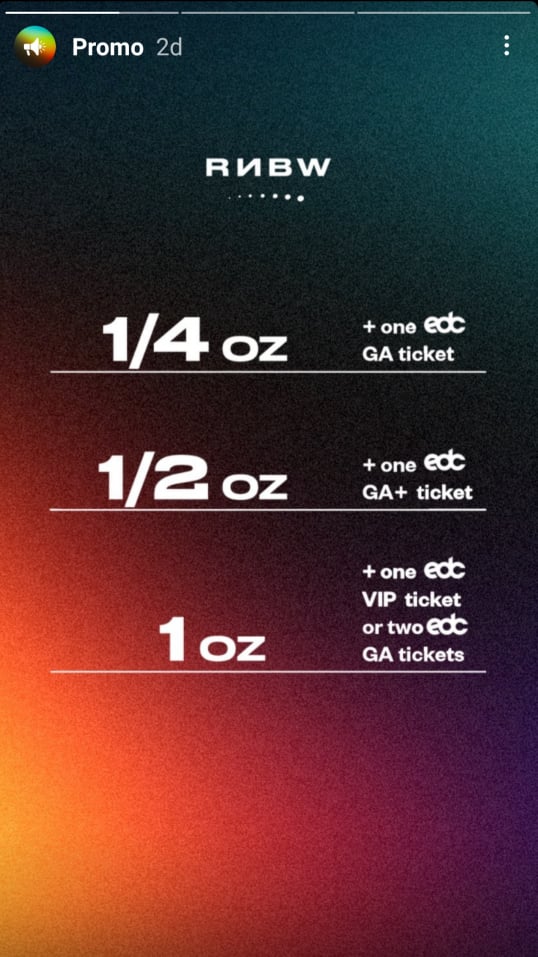 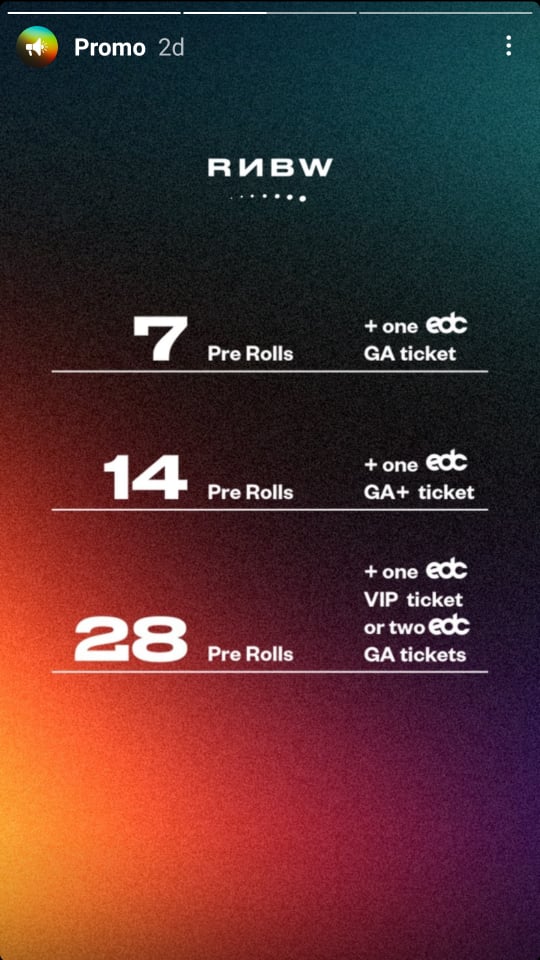