The infamous Zetas Cartel has claimed responsibility over the shooting at the Blue Parrot beachfront venue that killed 5 people and wounded over a dozen people. Four Narcoblankets were raised all around Playa Del Carmen that reads: 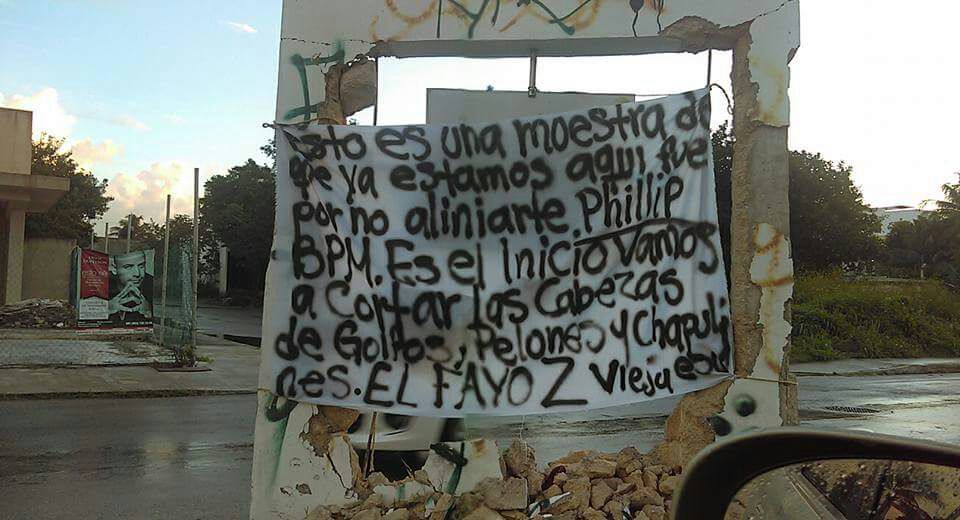 “This is a sign that we are already here because you didn’t align PHILLIP -BPM, it is the beginning we are going to cut the heads of Golfos, PELONES and chapulines, Atte [Sincerely] el FAYO Z from the old SCHOOL”

El Fayo Z is believed to be the nickname of Rafael del Angel Velez Morales, one the main leaders of the Zetas Cartel. The ‘Phillip’ mentioned in the message is Phillip Pulitano, one of the co-founders of the BPM Festival. Quintano Roo, the province where Playa Del Carmen is located and is controlled by two cartels, Los Golfos and Los Pelones. The shooting, if claimed by the Zetas, is a direct threat against the peaceful pact the two cartels hold to control the drug trade in the tourist region.

“What is behind all this is a turf war. This group [Zetas] tried to charge a fee to the organizers of the BMP Festival and they refused saying that they had already paid quotas to other organizations.”

Following the shooting in Playa Del Carmen, gun violence erupted in Cancun the next day in front of the Attorney General’s office.

A day after the Playa del Carmen club shooting, local media is reporting a shootout outside the attorney general’s office in nearby Cancun. https://t.co/53BsXK2UQU