Bassrush Massive all started as one of the very first EDC pre-parties, executed to massive effect the Thursday before EDC 2012. A short few years later and the party now stands as its own festival, and it brings together Insomniac’s Bass Music community with its insane lineups. This summer, the party returns in the form of a two day massive at the NOS Events center on June 20th and 21st. A futuristic image of two hands holding up a shining globe gives you a good idea of the vibes they plan to unleash once again in San Bernardino.

An event that’s slated to run for two whole days and last longer than just a night each day is bound to pack even more heat, especially with multiple stages. The full lineup has been announced, and of course, its stacked from top to bottom.

Tickets go on sale during the holidays this Friday @ 12PM. Make sure you’re ready to go whilst you celebrate. 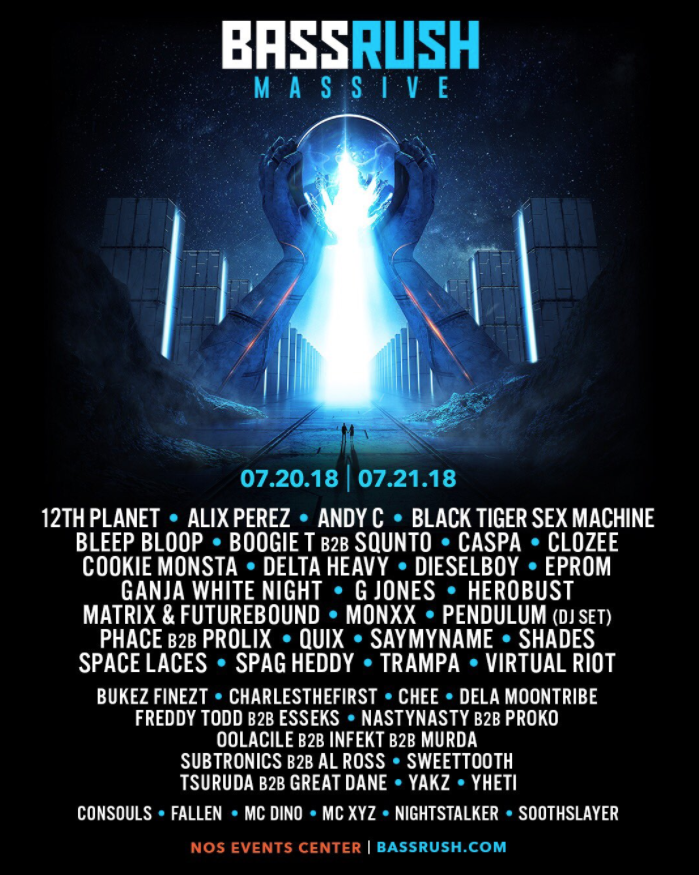