Bicep is the brainchild project of Andy Ferguson and Matt McBriar, one of our personal favorites and most respected duo in dance music culture. What started as a blog project (Feel My Bicep) for the two’s love of forgotten classic disco tunes, Chicago house, and Detroit techno, soon became a DJ duo project and record label. After years in the making and countless music seekers of their highly coveted unreleased material, Bicep is due to release their debut self-titled album out on Ninja Tune on September 1st, 2017.  To keep the suspense from building anymore than it already has, Bicep has released the first single off their 12-track debut, ‘Aura’.

It pump things up even further, the duo has also announced a Live tour that will coincide with their album release that includes stops in over 20 internationally locations. After being fortunate enough to catch these two in action at their past Coachella performance this year, we highly recommend catching their LIVE showcase wherever possible! Pre-order their album before June 19th, and you will receive a special code to pre-order tickets before they go on general sales! 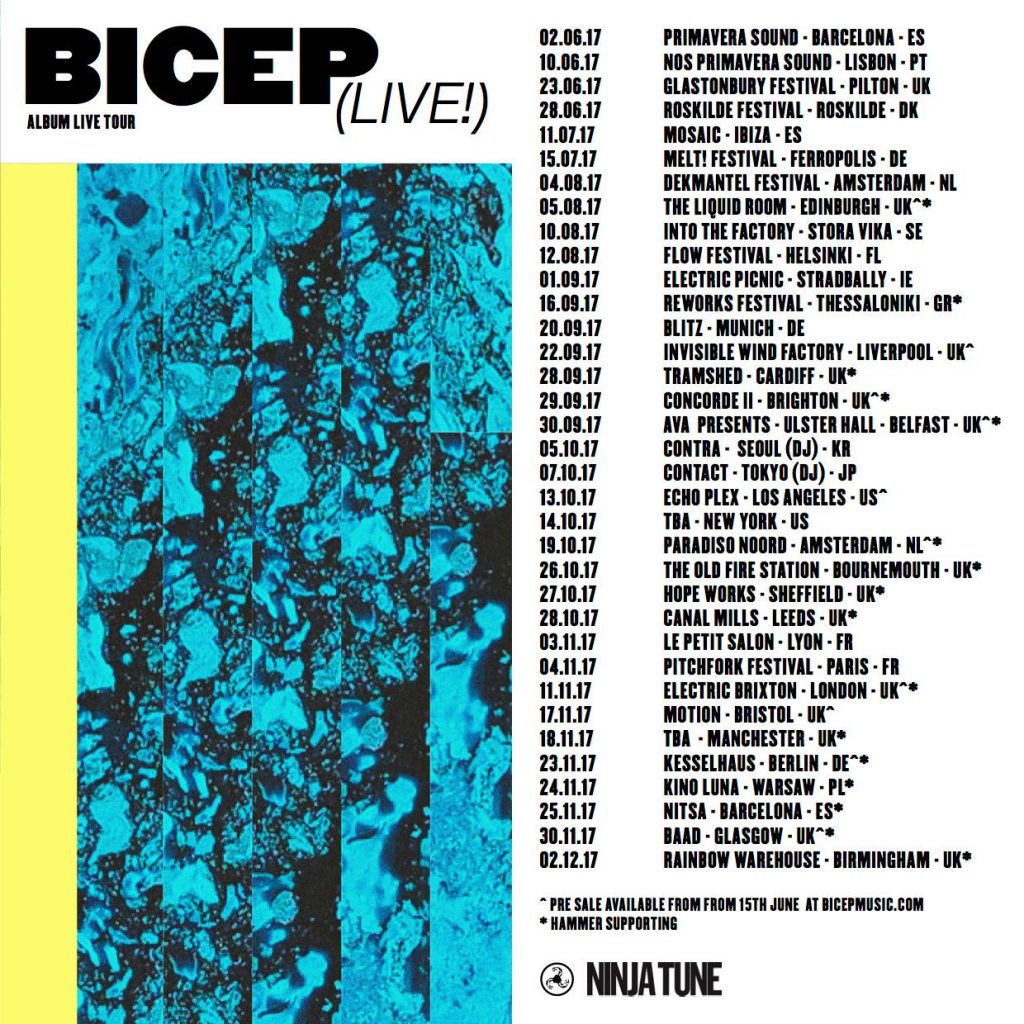