A lot of new developments are currently being planned for EDC Las Vegas 2017, including a new, larger Kinetic Field stage that’ll be themed around Gaia, the goddess of the Earth in Greek mythology.

Pasquale Rotella also revealed to the Las Vegas Review-Journal that Insomniac will be adding a brand new stage that will cater to a specific, yet-to-be-revealed style of music. It had us wondering which style of music he was referring to as there a lot of current new styles coming up in the vast world of EDM. Some believed it was Deep house, Trap, or even Drum n Bass.

“There’s a genre of music that’s really grown a lot in the States in the past couple of years and we’re going to build a whole new stage,” the 42-year-old Rotella says. “We’re moving some stages around, and that’s going to add some extra flavor to the experience as well. I want it to be a different place every year. We get a lot of people who’ve been coming for 10 years plus, and in order to keep their interest, we really have to change things up a lot.”

If you’ve been tuning into Pasquale Rotella’s Instagram stories or wondering about the new EDC Stage, now is the time! Pasquale posted on his IG story revealing the name of the new stage: Quantum Valley” presented by Dreamstate. Last year CircuitGROUNDS had one day dedicated to nothing but Trance, now headliners will have three full days of Dreamstate at this years EDC Vegas. We wonder what the stage will look like and who will be djing there! Stay tuned. 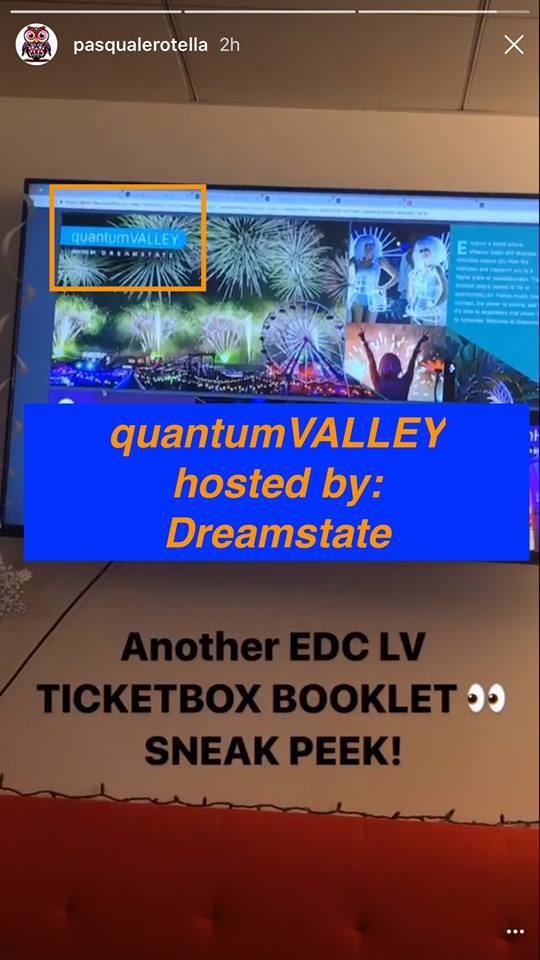