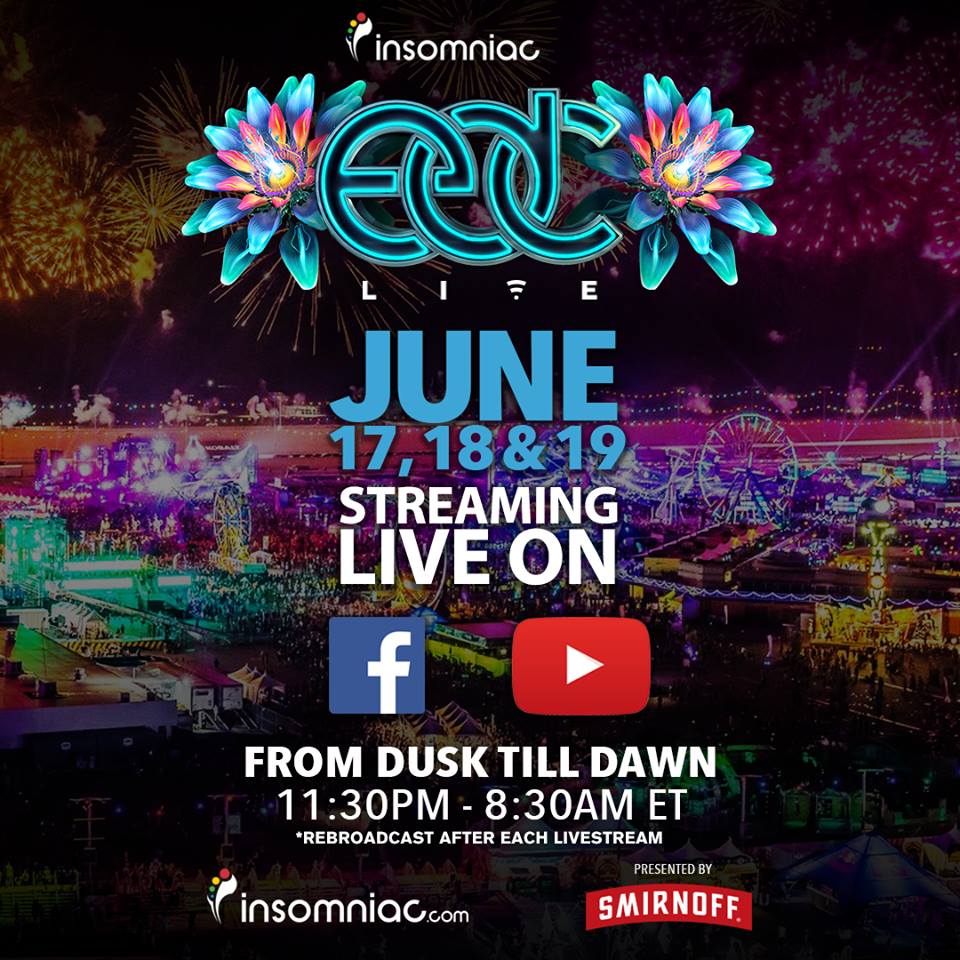 From Friday, June 17th to the sunrise of Monday, June 20th, millions of viewers around the world will have access to the incredible three-day experience at Las Vegas Motor Speedway from their homes and on the go, through the YouTube and Facebook mobile apps.

EDC Las Vegas will come to life on screens around the world as viewers are transported through over 300 acres of Las Vegas Motor Speedway, featuring eight massive stages, brand-new art installations, full-scale carnival rides, and colorful roaming art cars. Exclusive behind-the-scenes artist interviews, games in Carnival Square, and ceremonies at two beautiful Wedding Chapels will be shown including Smirnoff’s broadcast of the first ever nationally recognized legal same-sex marriage in Nevada. EDC LIVE fans are guaranteed to see surprise performances in honor of the 20th anniversary of the festival. Last year, EDC Las Vegas’ live stream trended globally on Twitter as Breaking Bad’s Bryan Cranston made a surprise appearance on stage during an epic DJ set by Above & Beyond. The EDC LIVE artist lineup will be announced in the coming days. Stay tuned for more information.