At this point, the X’s on your calendar are so close to Electric Daisy Carnival that the jitters amongst your group are at an all time high. Those X’s are even closer to a huge opportunity for those who are hungry for knowledge and advancement in the now $7.1 Billion Dance Music Industry: Insomniac’s annual EDMBiz Conference and Expo.

Entering it’s fifth year, EDMBiz promises to excite your day with thought provoking panels and keynote presentations that feature artists like Armin Van Buuren and Moby as well as monumental players in today’s Dance Music ecosystem such as well-known author Bob Lefsetz and Dede Goldsmith, founder of Amend the Rave Act and advocate for harm reduction and drug awareness. A badge to the event will also grant you access to numerous EDC week parties at world class Vegas nightclubs that feature GTA, Loco Dice, Galantis, and Laidback Luke among many others. 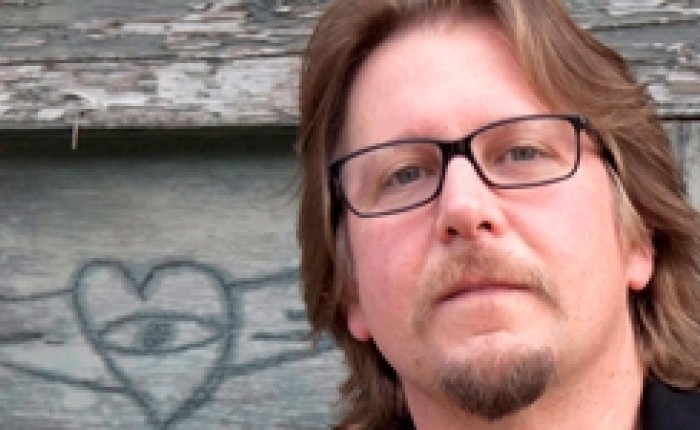 We had a chance to speak to Insomniac’s Chief of Growth and Interim CFO John Boyle about what the conference entails for this year.

Tell me a little bit about what goes into planning out all of your programmings.

The process begins with a think tank. We bring together lots of people at Insomniac from all the different departments: the Talent Department, the Video department, the Business Affairs department, really anybody who wants to be involved is welcome to; and of course Jason Bentley. It’s really an ongoing conversation throughout the entire year; we really start honing in on the program about six months out, and people come with ideas and thoughts…and there’s really no boundaries. It can be any idea that’s thrown out, and everything is considered. Not just from a topic perspective, but also from a programming standpoint; like “why don’t we try a mentor session?” It’s a very collaborative process. We just kind of hone in on it and narrow it down, and most of the topics we choose come on top after multiple conversations.

The idea of Yoga and Meditation alongside these discussions looks to have been a standout idea from those sessions, what brought that about?

Someone in the sessions said they knew a friend who does Yoga and loves Dance Music- we found that there was a lot of commonality between Yoga, meditation, and Dance Music…particularly in the spiritual and community sense. Again, this is one of those ideas that wasn’t necessarily topical but the whole room thought it was a great idea- we had never thought of doing it in years in past but it came out of the blue and it was a resounding unanimous yes.

These sessions promise tea- do you have an idea of what kind of tea will be served? …Or is that a secret?

I do, but we’re not disclosing. (laughs) 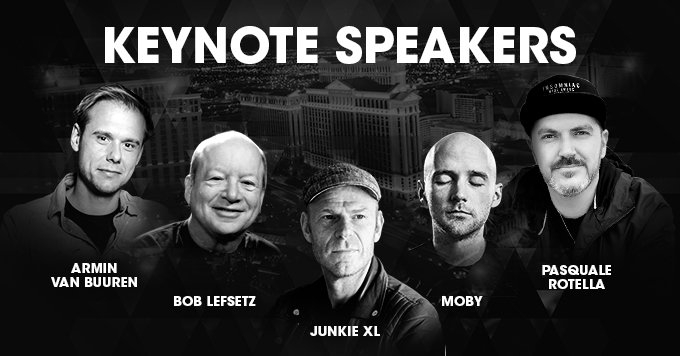 What is it that drew you to find the people you did to speak at this year’s conference?

A lot of the artists in particular come down to three questions: are they working, are they active, and do they have something they want to say. In the case of Moby, he has a new book out, and he is one of the founding fathers of Electronic Dance Music. We respect and adore him, so when we asked and he said “yes,” that came together very quickly.
For professionals, we find that some of them come and want to participate in the conference, others because they want to give back. We have a lot of aspirational attendees- people who aren’t in the business but want to be. A lot of the professionals – most of them who attend, actually, will hang out in the lobby. Some will participate in the Mentorship program we have. People like to be heard and give back and those are the driving reasons behind their attendance.

Yeah, it’s great to see that bridge forming. What advice do you have for people who want to come in and take advantage of these mentoring programs?

Be warm, be respectful be passionate, and don’t be afraid to approach people and ask questions. Some things not to do are to stalk people or be a “fanboy” of “fangirl.” There’s a fine line there.

The reality is when Pasquale had the idea of starting a conference, he did it with the intention of giving back to the community. When he started 20+ years ago, he was doing it out of passion. He didn’t have anywhere to go to learn how to do things or find mentors; he just kind of did it flying by the seat of his pants- clearly he did it well. But as the business grows, and becomes more sophisticated and commercial, how do you keep the integrity and the soul of the business? The way you do that is by finding passionate people who are there for the right reasons. That’s what we’re trying to foster at the conference.

I do want to touch on the fanboy comment – especially for younger people who are new to the industry and may have done a lot of research on artists or professionals and may just naturally get the impulse to become flustered or say a million things at once without realizing it. What are your tips on controlling yourself in situations in which you meet your idols?

I think everyone has that impulse, I certainly do! As a business person, there are plenty of people who I would geek out to meet. But I think it’s fine to show that you are a fan, you appreciate their work, and value them. You just gotta contain it a little bit. . Be considerate. People will appreciate that you are a fan. They just want to have an interaction that is meaningful and less paparazzi-ish, if you will. 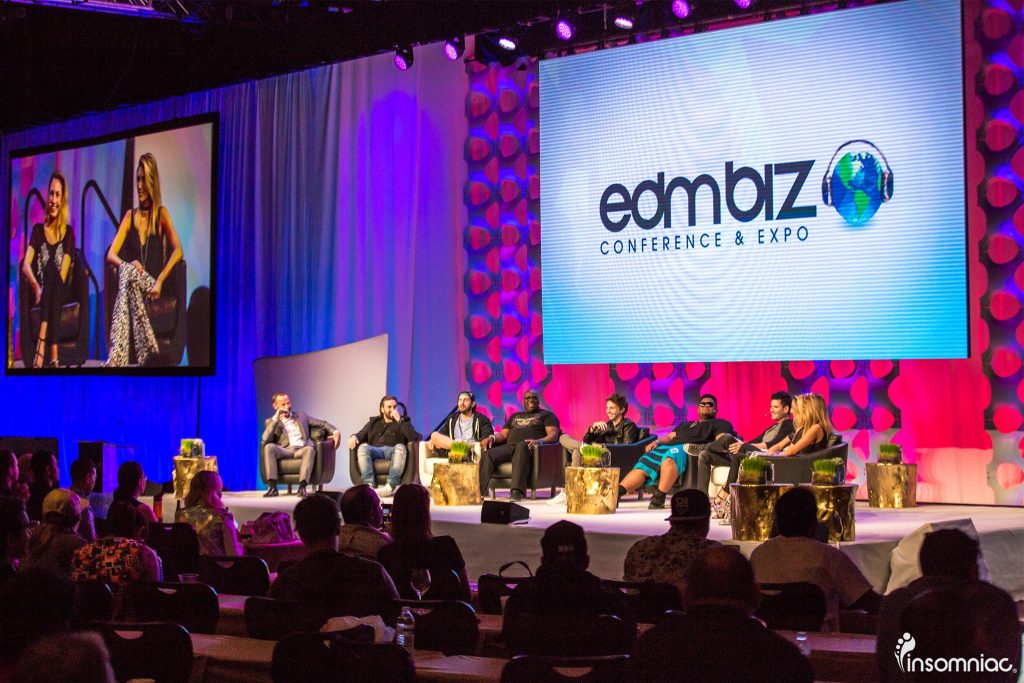 Tell me a little bit about the CAA panel that you’re moderating.

A few years ago we started a topic called “Meet the Agency.” Talent agencies have tremendous power in the live music business; and not just Dance Music. Not even just music, really: talent agencies represent talent and book talent for work, be it an Actor, a Writer, a Rock band, a Hip-Hop Artist, or a DJ. With Dance Music specifically being such a live-driven business, the agencies are a huge part of the ecosystem. And we know that a lot of our attendees aspire to be a Promoter or Manager. No matter what you aspire to in the business, the agency is going to play a role.

So we started this series a couple years ago, starting with the Windish Agency, who books a lot of pop, rock, and dance acts. Last year we continued that with AM Only, who is one of, if not the original Dance Music booking agency founded by Paul Morris. It represents some of the biggest acts in the world. And this year, that continues with the Creative Artist Agency.

What’s interesting about this panel that the worldwide head of music Rob Light was a Keynote speaker for us four years ago- and he had just started his Dance Music department. So one of the big things we’re going to talk about is: how did he build such a Dance Music powerhouse in just four years. So it’s all coming full circle with CAA and Rob Light on this one.

I notice that Trance is the only Sub-Genre to have it’s own discussion- can you talk about the Resurgence of Trance Panel?

This idea was brought about by the talent department. And when they brought it up, the whole company got behind it right away. The genesis of this is that whenever we book a Trance act or have a trance stage, the crowd is packed. The Headliners love it- and we’re calling it a resurgence because Trance has always been around, but in the last year in a half, we’ve seen it come up big time. We also launched the Dreamstate brand, and the last few shows we’ve done under that have all sold out everywhere quickly. We plan on spreading that around the world: we’re planning Dreamstates in the UK and Mexico right now. It just felt timely. 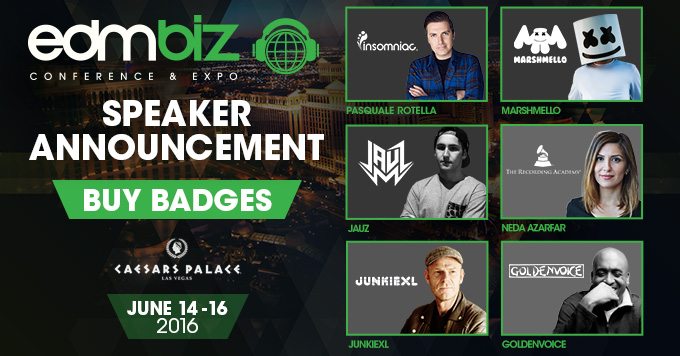 Speaking of timely, you also have your Building the next Big DJ panel; what are some of the topics that will be discussed there?

Building the next Big DJ is a marketing conversation- talent is a given in order to become a big DJ. We’ll talk about that, and talk about the creation and production. The pressing question is: how do you build a brand? In the panel, we have artists, managers, and we have agents. So it’s really going into the team. How do you take talent and make it successful? We have a couple of exceptionally talented young managers on the panel, a couple of the hottest young DJs Jauz and Marshmello, and their respective booking agents. They’re going to talk about how they started from nothing and built into something significant very quickly.

What is EDMBiz’s goal on a global basis over the next five years?

We hope to grow our conference over the next five years, hopefully launching new versions of it around the world in Europe, South America, or even Asia. Our goal with this is to form a pathway for young, talented, passionate people who want to get in the business. Be it a Promoter, a DJ, a Producer, a Lighting Designer, whatever. We want to build that pathway for them educate themselves, and to ultimately serve as a launchpad for the start of their career. 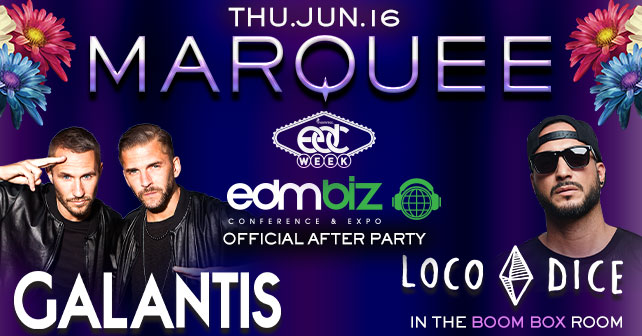 I’m seeing a lot of after parties as well – it seems like those are opportunities to talk to and network with peers and equals- would you agree or would you approach networking at these the same way you would at the conference?

Well, the nightclub events-…those are parties!

You will find that the speakers may be out and about as well as the attendees, so there’s plenty of networking to be done…but don’t forget to dance.

You can purchase EDMBiz Badges at 15% off now. The conference will be held June 14-16th at Caesar’s Palace Hotel & Casino.