The snapchats are in and by the looks of it, Kaskade’s pop up shop is going to be quite the gathering for the next while before his big show at LA’s convention center and Redux set at the Hollywood Palladium (which is technically a more intimate setting). As the show approaches, we wanted to point out a few things that will help you out: 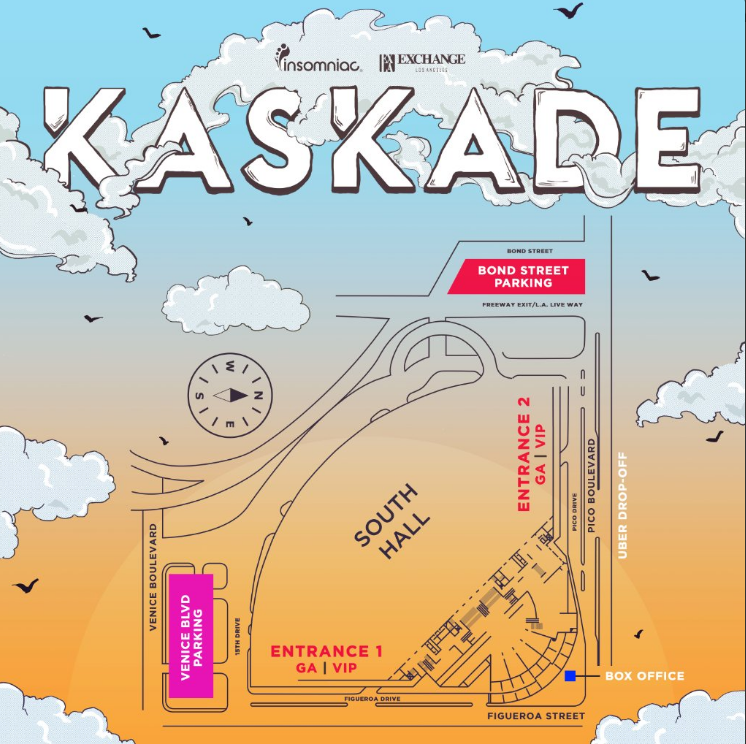 There will be beer gardens 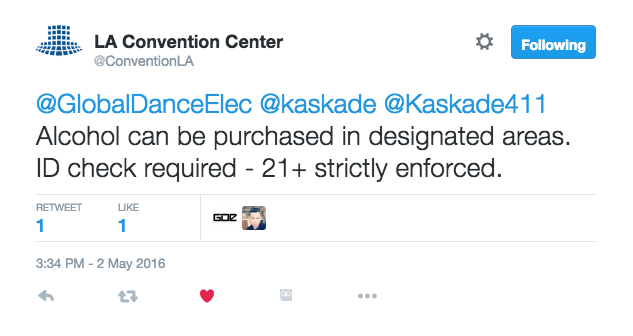 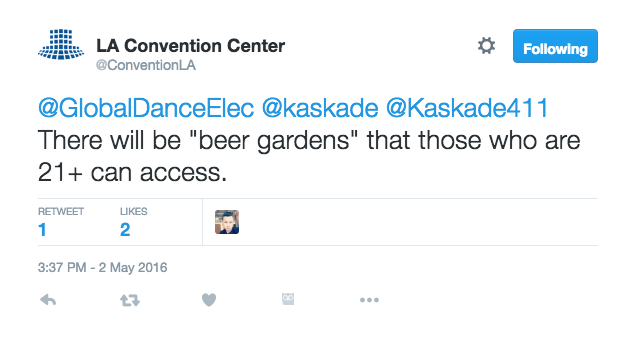 The LACC event is 18+ and if you want some libations to supplement the good vibes, there will be an area for you to satisfy that urge.

The show is ending at 1AM 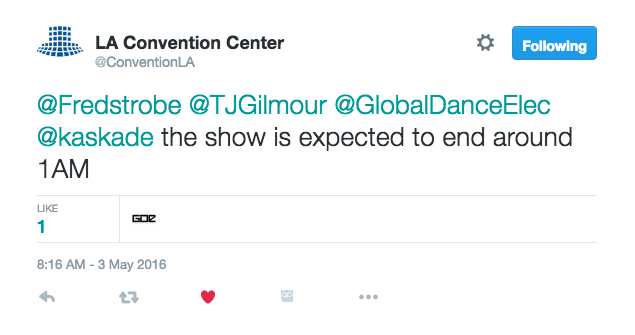 It’s LA, what did you expect? This event will be going until 1AM at the convention center, but the afterparty will be going on at Exchange LA for those who want to continue their fun.

Gloves and LEDs will NOT be allowed 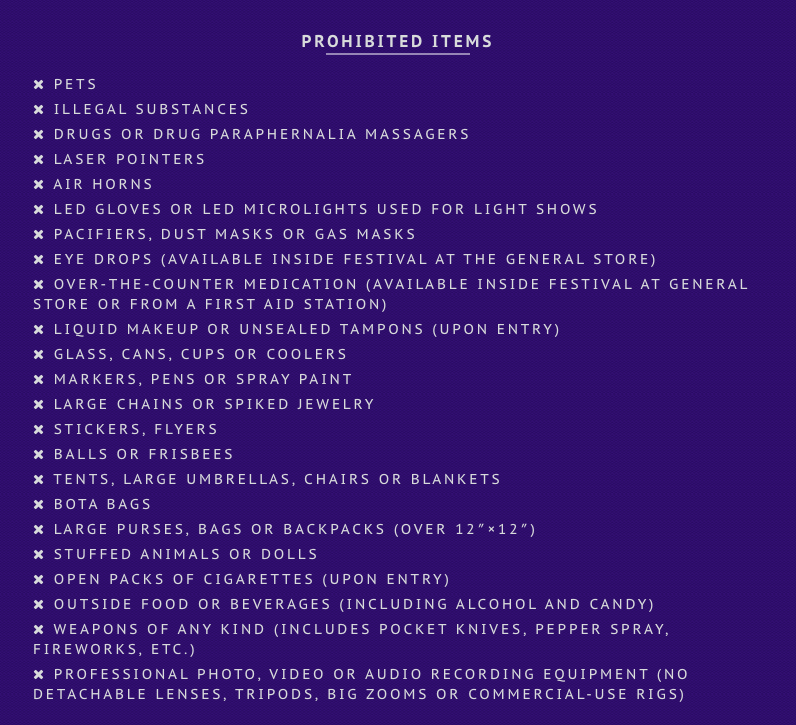 Sorry glovers; for this show, LED gloves are not going to be permitted. And no pets either, so leave your emotional support parrot at home. From the looks of the items list, there’s nothing too out of the ordinary.

Here are the items you ARE allowed to bring inside the LA Convention Center. Study them, remember them. Be ahead of the game! 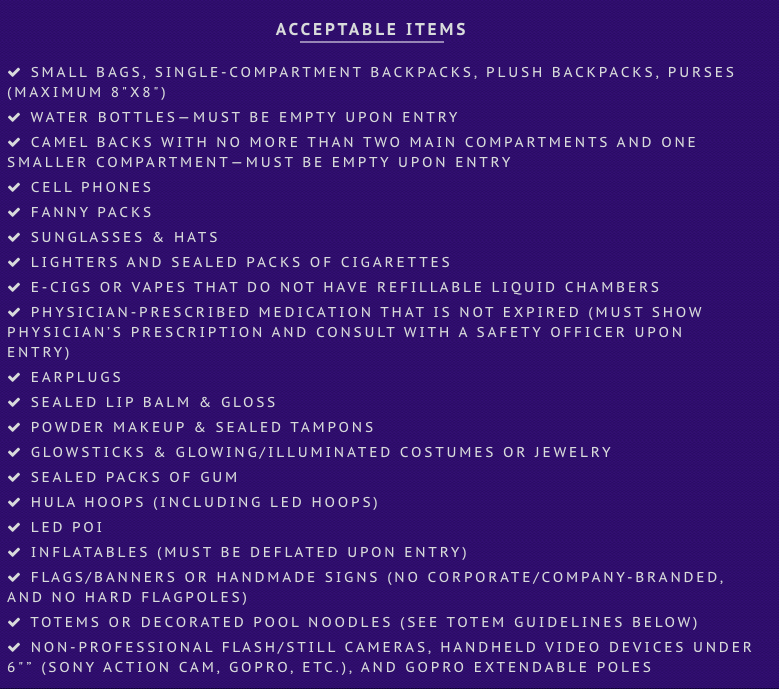 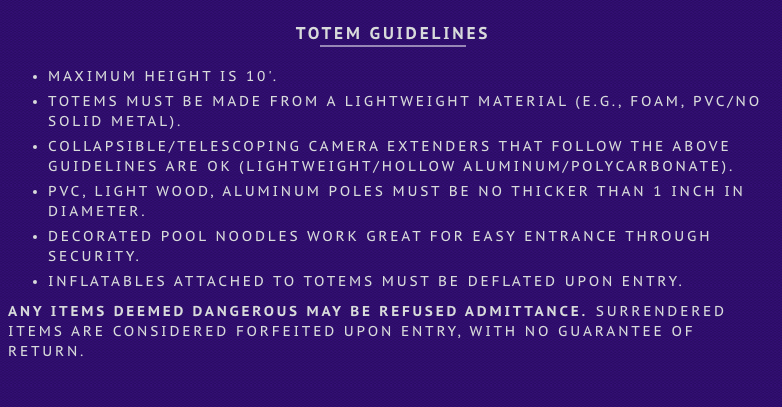 IMPORTANT: Be sure to check out the complete LACC guidelines here for more info.

If you suddenly get hungry after dancing your ass off, don’t worry. Kaskade and the LA Convention Center have you covered. 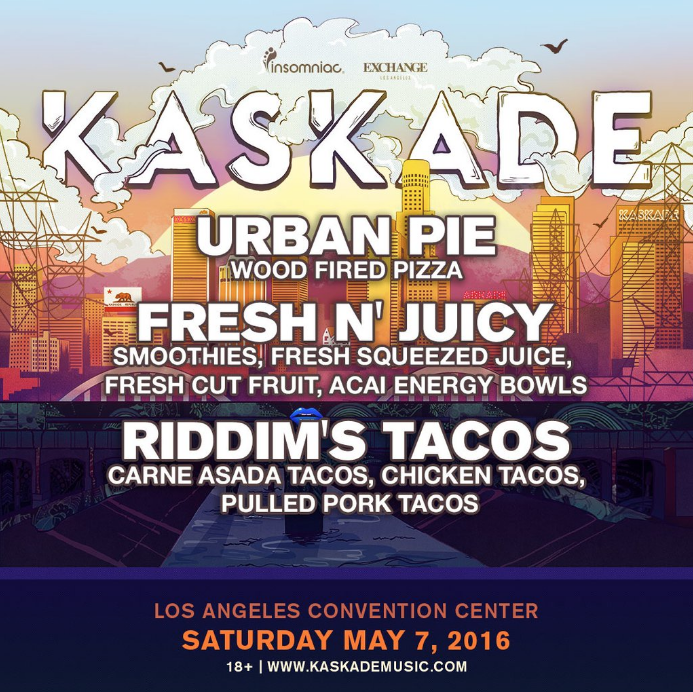 THE INFORMATION BELOW IS FOR THE HOLLYWOOD PALLADIUM ONLY:

Kaskade will be doing an extended 3-hour redux set at The Hollywood Palladium Friday night as well. 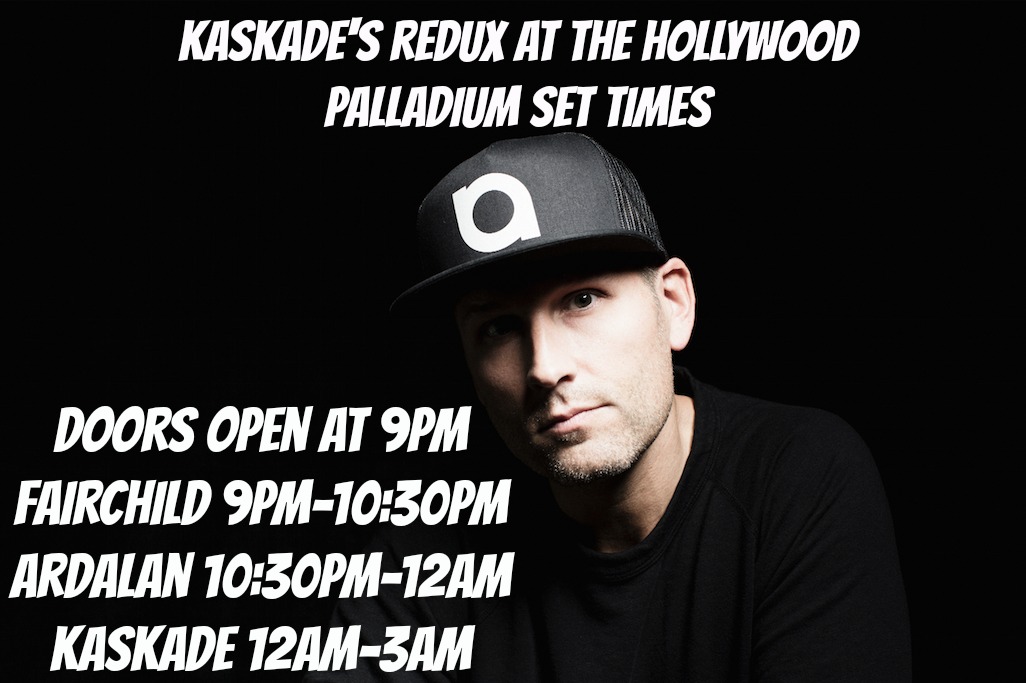 Here are some minor, yet important, things you need to know for Kaskade’s show at The Hollywood Palladium. 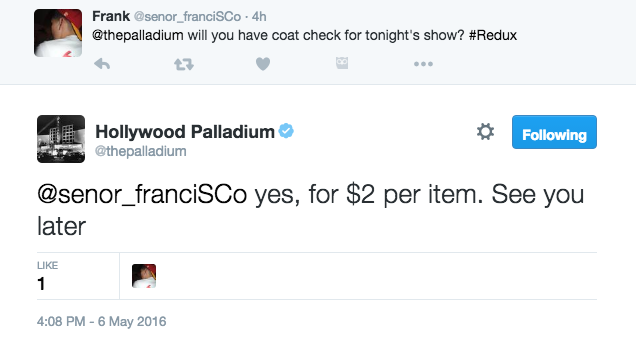