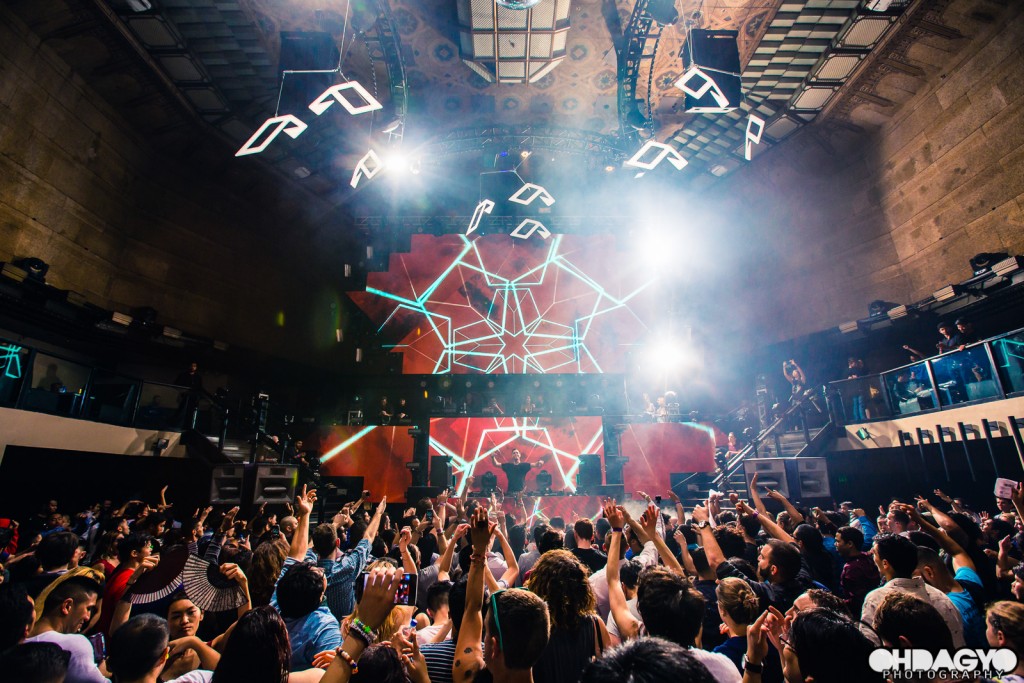 Exchange LA can proudly state that they have one of the most diverse and exciting electronic tastes of any venue in the city. The repurposed stock exchange building has been hosting Above & Beyond’s Anjunabeats label showcases since the first month of it’s creation in 2012, welcoming connoisseurs in and around LA for the treat of melodic and imaginative beats. This last weekend was the biggest affair for the label in it’s hosting of four of the their heaviest hitters: Jason Ross, Grum, Ilan Bluestone, and Andrew Bayer. The London grown imprint made it crystal clear this time around that this would be their biggest ever tour; judging by the production value, smooth flow of sets played, and multiple instances of exclusive content dropped from each producer in attendance, they’ve accomplished their goals twentyfold.

The fashionably late standard seems to exist anywhere you go in the world, so when one sees a sizable turnout at a venue before doors even open you know there’s a heavy priority on the content of the event. At about 9:35PM, a long line of bodies were already outside of exchange’s door ready to go inside. This wasn’t your typical club cue either- from a block away, one could see the energy of conversation coming from groups of excited friends and new acquaintances with common interests in mind. 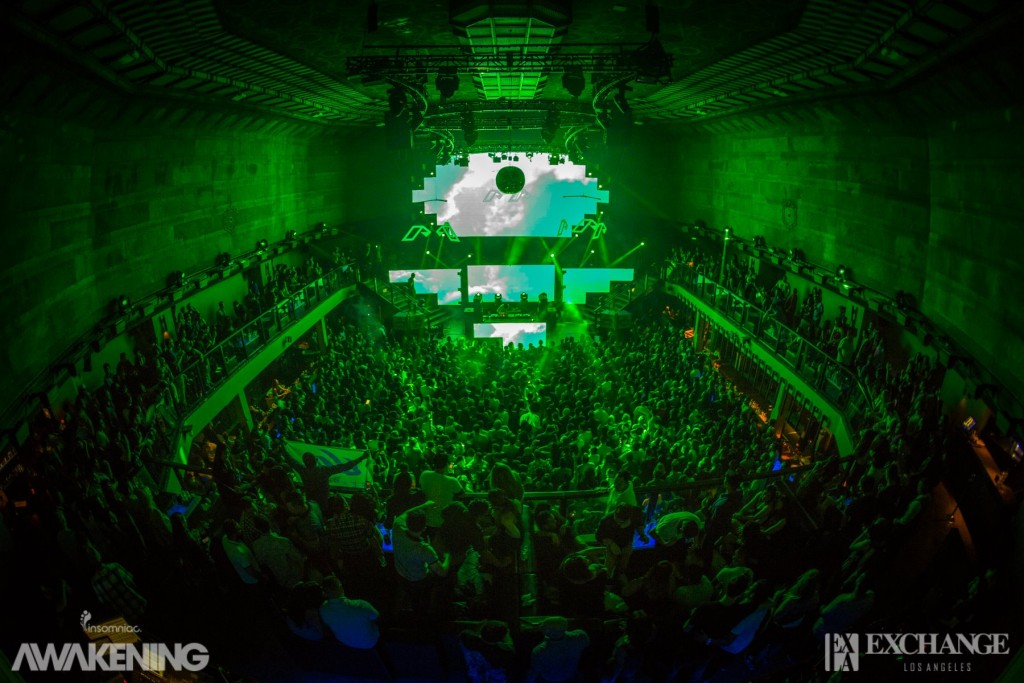 A herd of folks with that much exposure and knowledge of the music have seen many a DJ perform; knowing this, the people who put on Awakening Fridays at Exchange rise to the challenge of making each night that much better than the last. The club partners with Insomniac to provide two floors of music that get an equal amount of attention. The second room downstairs recently changed the position of the decks for more space to groove, making for a great room to walk into. The main attraction upstairs is always difficult to build upon but the LED wall managed to get even better with a unique new shape to it and more spotlights in addition to the other lights that adorn the ceiling. Even when it was crowded at peak time, getaways from the center cluster existed and provided a nice view of the action, not to mention ample ability to hear all the tuneage. 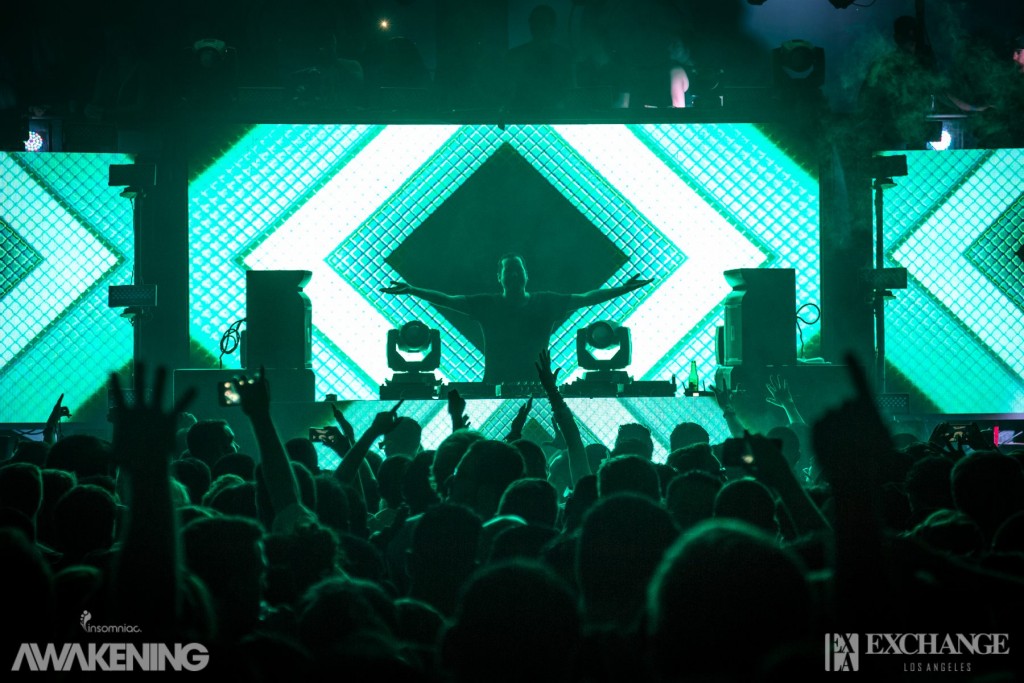 The well curated night flowed in an endless motion, with each DJ mixing out of the previous one’s last track and keeping the beats inching forward and upward in energy. Grum initiated proceedings with progressive releases responsible for starting a new path in Anjuna’s current sound catalogue, including his timeless Trine EP. The excitement for his music all last year led to a packed house at precisely 10:26PM. Swiftly mixing in the lead melody from England after the last track of that set, Andrew Bayer came in and kicked things into high gear with a slew of his original productions, including a brand new remix he did of a trance classic by Push. His Anemnesis Trilogy was also played in full, revealing a new shade of quality in a dark club atmosphere compared to an easygoing listen at home. 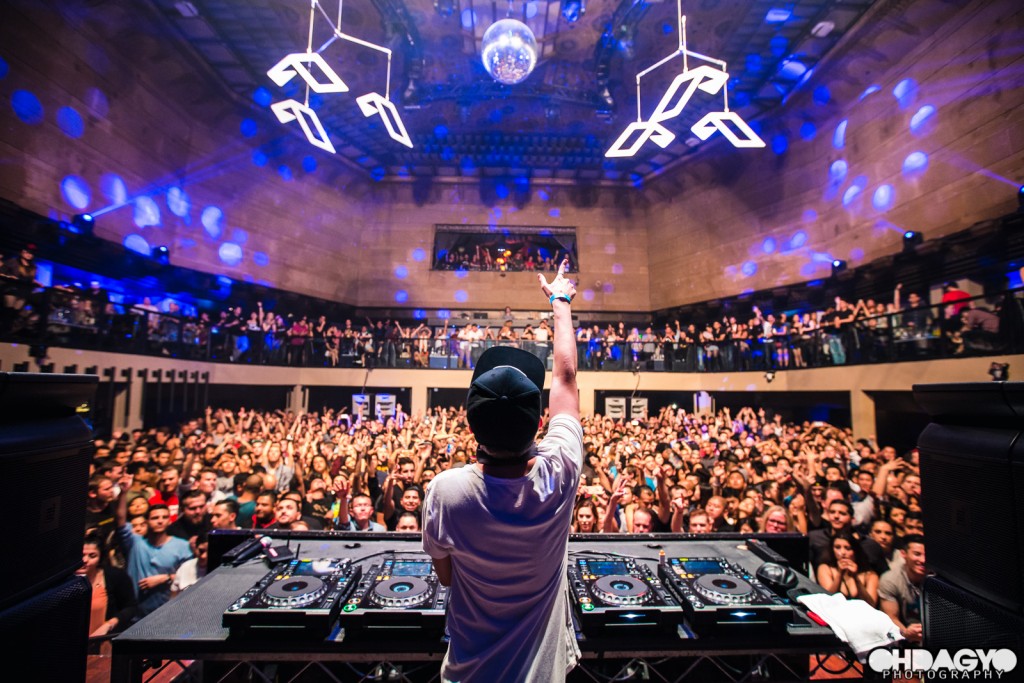 The second half of the night is always the most pulse pounding and though the BPM was steady throughout, the progression spiked even further with ilan Bluestone‘s nuanced productions. Sneaking in a new track to kick things off, the set built upon itself with the carefully constructed tracks that the breakout London native slaved over a hot Digital Audio Workstation to create over the years. You could say he was a hard act to follow, but in the case of a close knit group of producers, Bluestone knew to play beats that set the crowd up for Jason Ross to close the night off perfectly. Opening with one of the biggest tracks of his career “Atlas,” Ross was poised to use his depth of experience as a DJ to weave in and out of the juiciest sections of tracks with flair. Bayer and Bluestone returned to the decks for a passionate back to back to back set that drove the event to it’s climax. 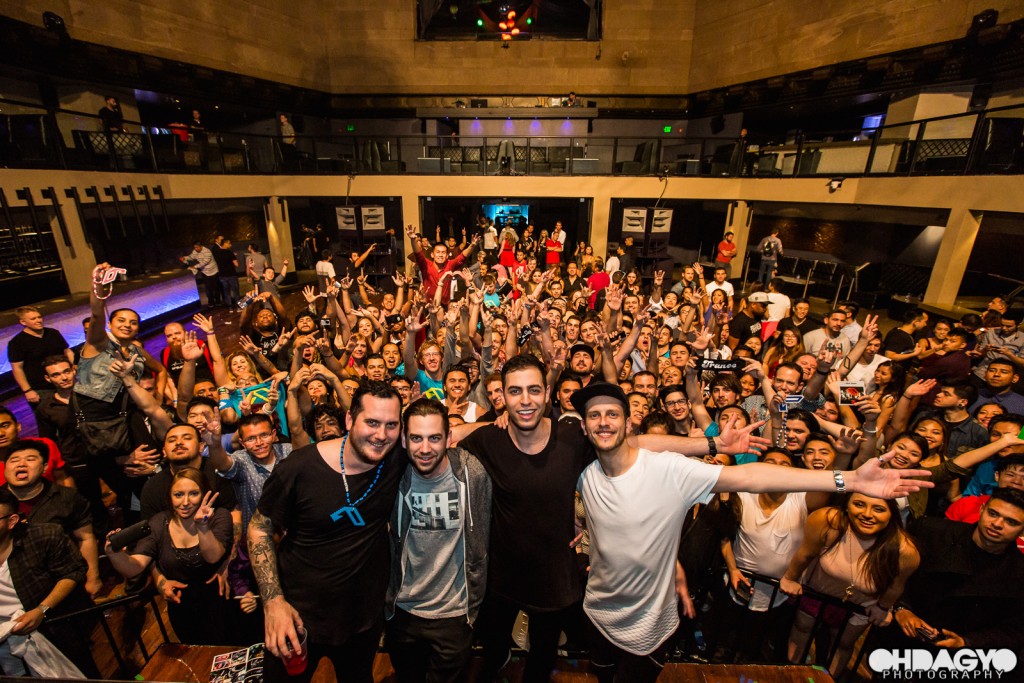 Day in and day out, Southern California proves to be loyal to music that deserves attention, evidenced once again with the turnout this last Friday. The main hub in London should be chuffed to know that their presence is felt miles away, with people subscribing hungrily to the acts who played tonight and making sure to stay posted to see each one from start to finish. When the many new cuts each of the four acts played see their debut on Above & Beyond’s Group Therapy Radio Show, the lucky bunch who made it out to Exchange can proudly say they heard it echo through the venue’s four walls.
Get an earful of all of the artists from the night and more on the Anjunabeats Soundcloud.Be sure to check out more events Exchange puts on at their official page.
Share
0
Share
0
Share
0
Share
0