For its 2021 debut, ARC Festival conjured the spirit of house music in the birthplace of the genre. The event united scenes and connected communities from around the world in a way that felt distinct to the creative history of Chicago. In 2022 ARC returns to the city on Labor Day Weekend with an expanded three-day event and has today announced its world-class lineup of movement leaders from around the globe.

ARC’s first edition offered a festival experience previously unknown to Chicago dance music fans. Aimed at fostering an immersive journey into the beating heart of the genre, attendees were guided between the technicolor containers of The Grid stage to the outrageousness of Spain’s Elrow, onwards to the deeper shades of Expansions. The result was a city-wide vibe that extended into premiere venues by night, earning the attention of the industry and leaving those out of the loop longing for ARC’s return.

ARC will once again extend beyond the music, creating a cutting-edge experience that mirrors the culture and artistry of its host city. Attendees can expect curated production elements and art to guide them between each of the four immersive stage environments. The event will also act as a showcase of Chicago’s culinary prowess, offering an elevated and distinctly local event. 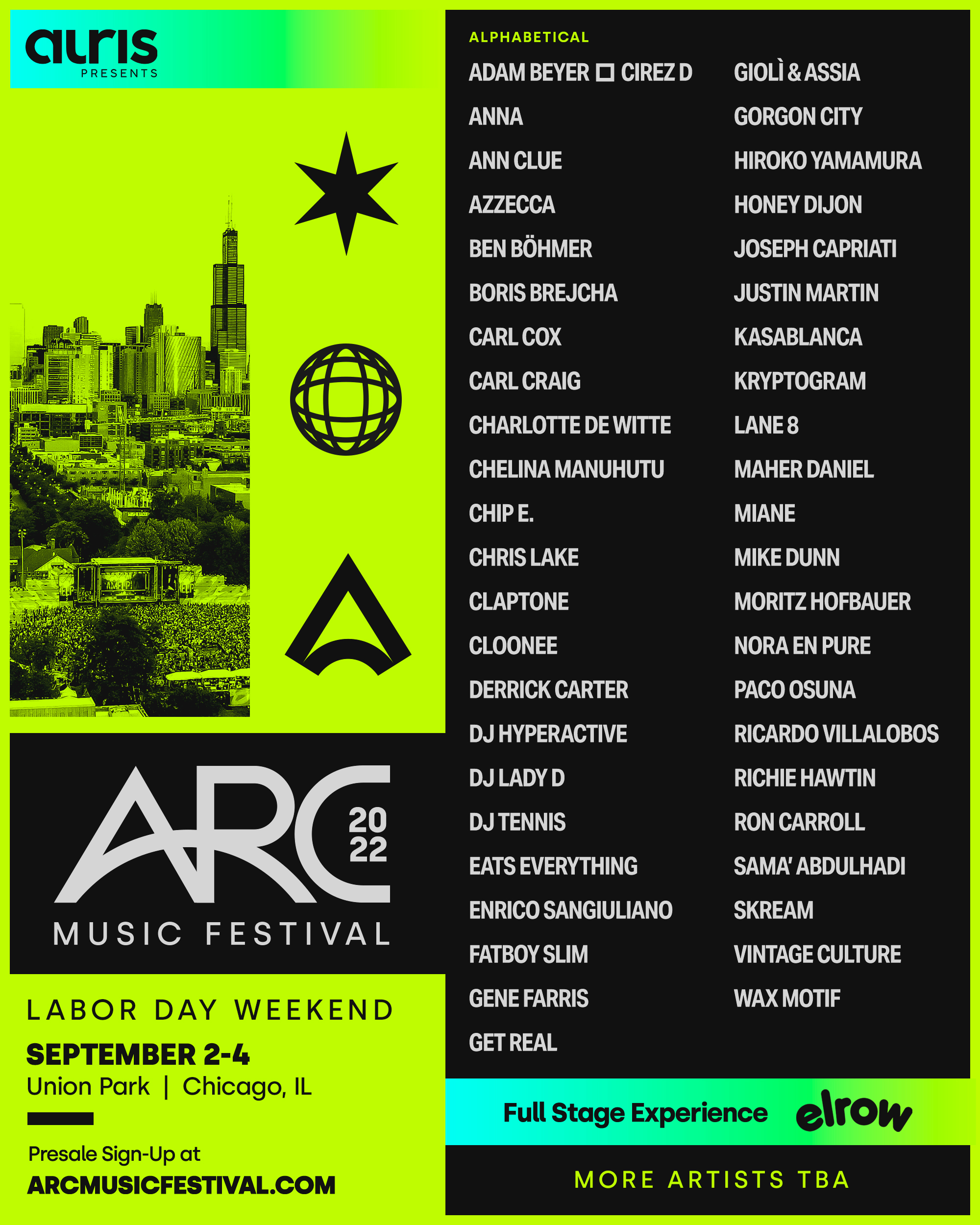