Trance has apparently been dead since the late 2000’s, with denizens of Facebook groups and top commenters on threads making pronouncements every time they hear a big room kick from an artist linked to the genre. The latest murder apparently happened when Armin Van Buuren played a set with Dimitri Vegas and Like Mike, broadcast live on Facebook. The outrage was clear as crystal, fans wearing out their caps lock in protest.

To be fair, it is a bit questionable that someone who seems to be open minded about the given definition of trance aligning with an act that represents an insincere iteration of dance music…it’s hardly useful or productive to whine about it on a Facebook page. 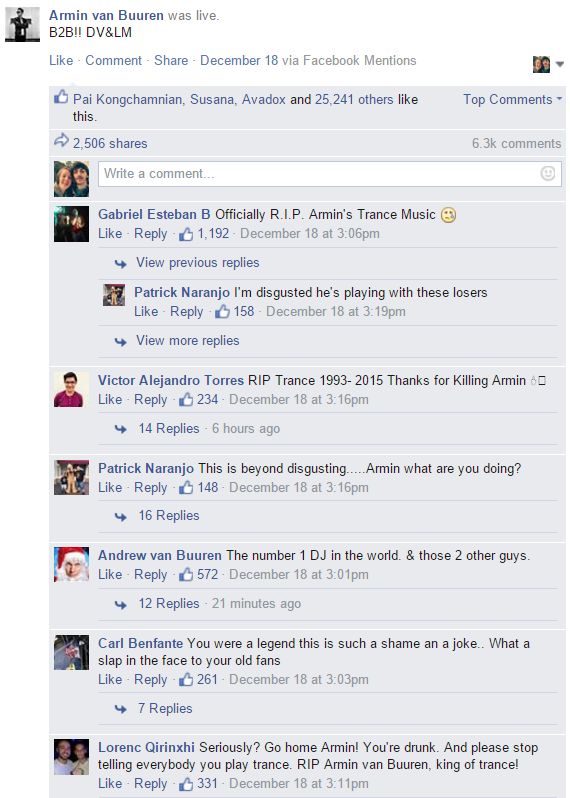