Bad Bunny is going on tour in 2022 and fans have been HYPED ever since it was officially announced. Especially for those in the west coast as fans flocked to buy tickets to his STAPLES Center, The Forum, and Las Vegas shows, but some were not all so lucky as they sold out incredibly fast. But luckily for you. Bad Bunny has just added a SECOND show at The Forum on Saturday, February 26th.

The Puerto Rican artist made his WWE Wrestlemania debut this past weekend. Afterward, he announced his tour, releasing the schedule and information to purchase tickets.

His tour, El Ultimo Tour Del Mundo – The Ultimate World Tour – kicks off February 9th, 2022 in Denver, CO. The tour has 25 dates, hopping around the United States and making a few stops in Canada. It closes on April 1, 2022 in Miami, FL.

Presale Tickets for Bad Bunny at The Forum Day 2 are NOW on sale!! GET THE PRESALE CODES HERE

See the full schedule below. 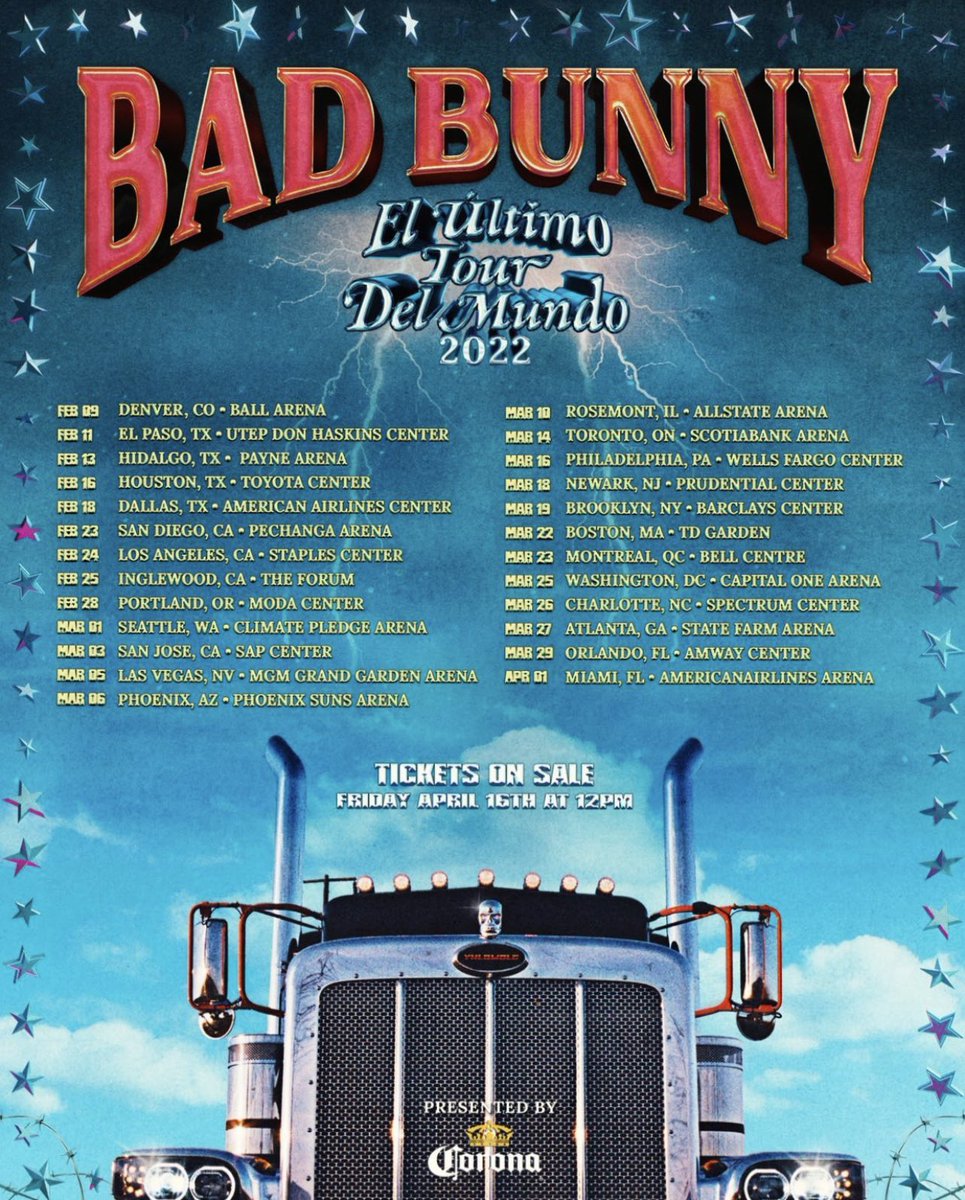