AEG Presents is thrilled to announce Above & Beyond live at Red Rocks Amphitheatre on Friday, October 22nd, 2021.

Above & Beyond just announced their first live gig in the United States since the pandemic: a set at Colorado’s Red Rocks Amphitheater. The venue has so far announced several acts for the remainder of the year, ZHU just did Red Rocks at the beginning of May for 6 “DREAMROCKS” Shows. Diplo in the Middle of May, Alison Wonderland, and Rezz in September, and recently announced the return of “Day of the Deadmau5” as the mau5 headlines for two nights come this November. Currently, the venue can hold up to 2,500 under current restrictions, but Red Rocks will start hosting full capacity shows starting in July.

The set falls on the same weekend as EDC: Friday, October 22. There’s bound to be speculation on their activities that weekend, as they’ve played 9 out of the last 10 years of the Vegas festival. They’ve consistently started the weekend early on the Thursday before the festivities at a Dayclub.

Secure your pre-sale tickets this Wednesday, May 19th at 10am MDT. 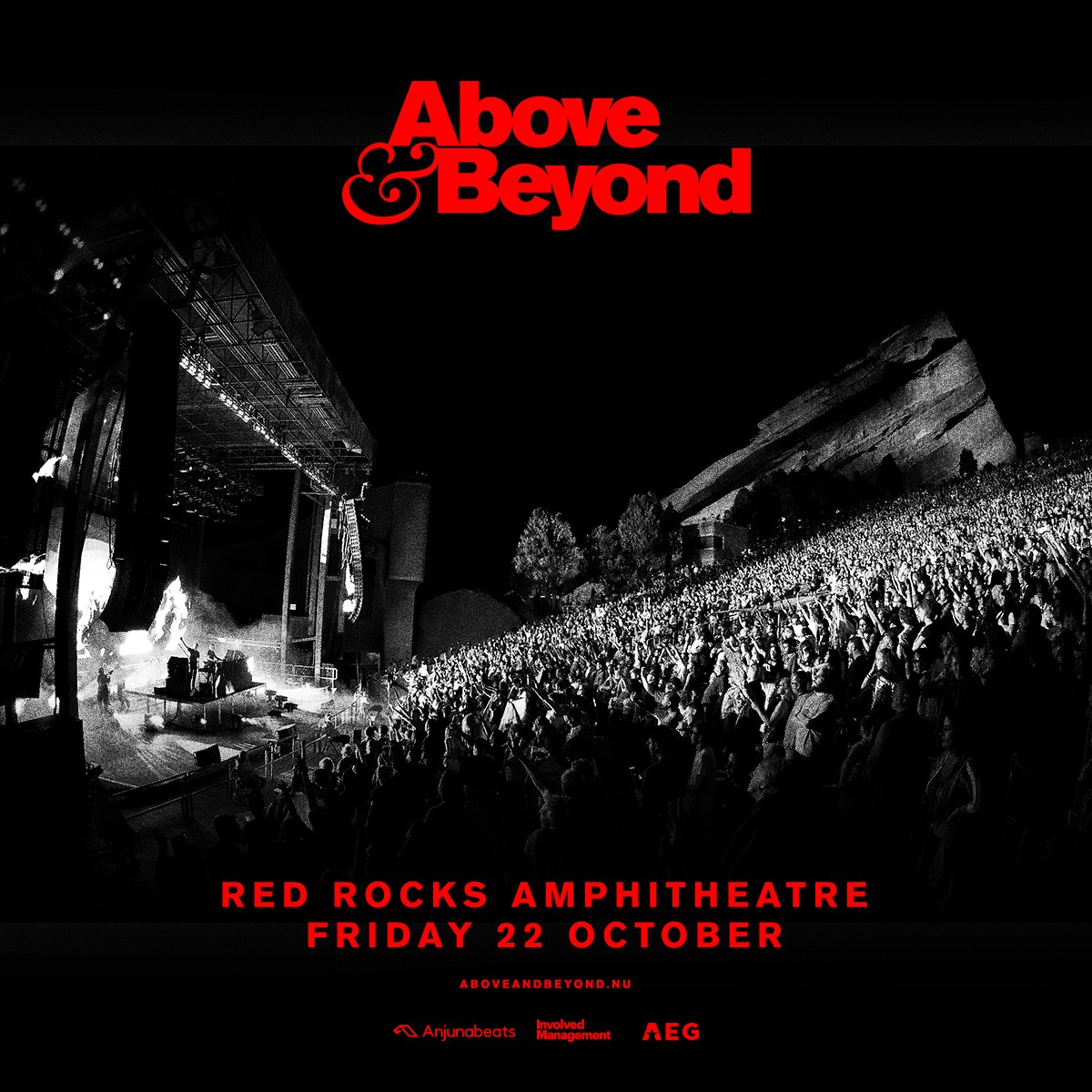