Insomniac Events are proud to reveal the Beyond Wonderland 2017 Lineup. The seventh installment of this fan favorite event will make its anticipated return to Southern California at the NOS Events Center in San Bernardino on March 24th & 25th. The transformative two-day experience will feature expanded production, adding a brand new stage to the magical grounds of Wonderland. The Queen’s Domain, The Outer Realm, Cheshire Cove, Upside-Down House, Beyond Wench and the debut of The Aquarium, will feature six unique and intricate designs. Newly themed costumed characters, three-dimensional art installations, and Insomniac’s signature roaming art cars will submerse headliners in the next chapter of Beyond. Headliners can begin planning their voyage into the Endless Sea of Beyond by purchasing festival passes here. 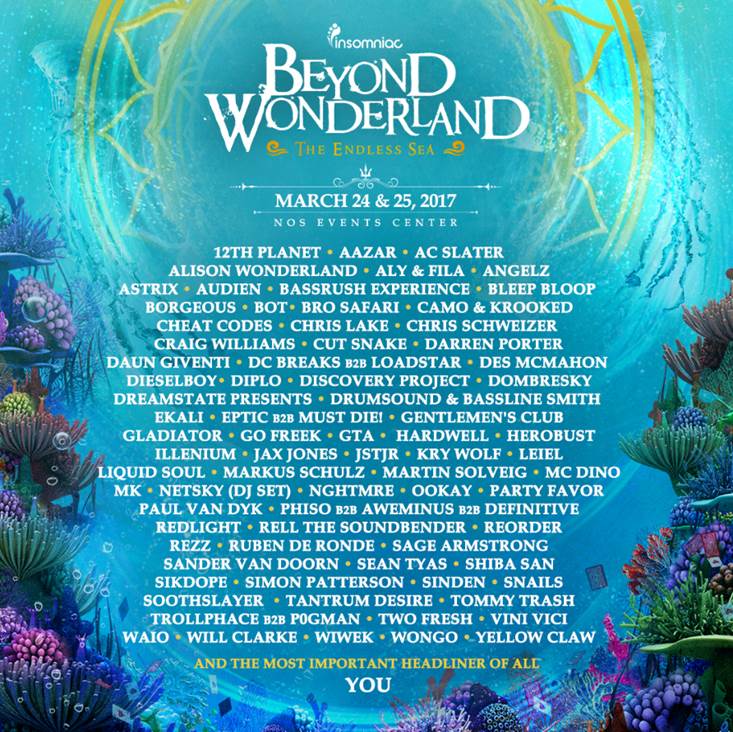 Beyond Wonderland 2017 Lineup Announced: (See Above)