It’s the most wonderful time of the year! KIIS FM Los Angeles announced the 2018 KIIS FM Jingle Ball line-up on Tuesday, October 9, and it does not disappoint 🙌

Woah!! Did we just read that right? Calvin Harris is playing a festival in Los Angeles? While this is major news considering Calvin no longer plays festivals we’re a little disappointed he chose to play a mainstream pop festival rather than an EDM one. But hey, beggers can’t be choosers, right?

Collaborating with Capital One for the fourth year, cardholders will be the first to get exclusive access to tickets on October 10 at iheartradio.com/capitalone. All other tickets will go on sale to the general public on October 15 through iHeartRadio’s official website. 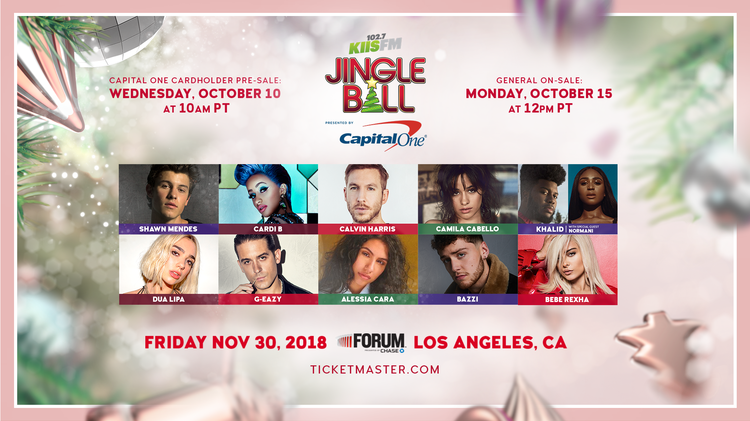