It has been with considered curation and a crazed smile that Head Counselor Claude VonStroke has assembled All Your Favorite DJs In The World for the debut DIRTYBIRD Campout East landing in St Cloud Florida February 2-4. Campers from across the East and beyond will be migrating South for a weekend of outrageous activities, infinite laughs, and of course all-night dancefloor shenanigans soundtracked by VonStroke’s all-star line-up.

Campout has always been about more than four-on-the-floor and the left-of-center programming has been bolstered by the likes of drum n’ bass legends Ivy Lab and LTJ Bukem featuring MC Armanni plus, electro-jazz artist Persian Empire, Future Classic duo Biyo, plus one of the moonshot favorites from Campout West who shut down the Family Set with the biggest breaks tune of the weekend, Ryan Forever. (A few more huge names still to come this January!)

Early Arrival Passholders will be a treated to a Thursday Night Party featuring none other than an undisputed leader of the global house and techno community and overall madman Seth Troxler. 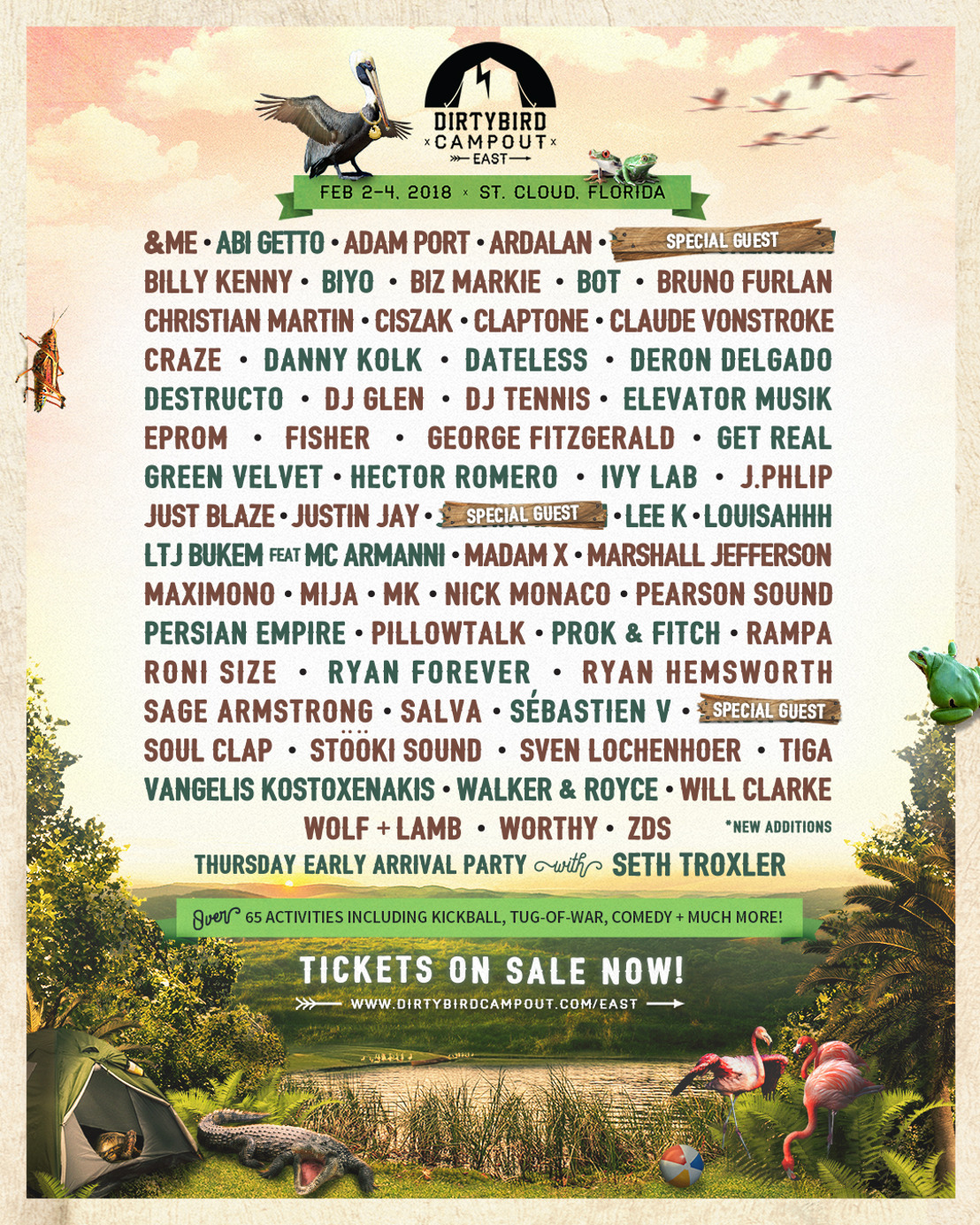