British Columbia’s Conro is one of a vast array of artists on Monstercat who shares a natural inkling for creativity in Dance Music. The work he does in his studio pays off in the form of sizable crowds at the imprint’s hosted stages at Tomorrowland, the label’s own Uncaged tour in Asia, and most recently EDC Las Vegas’ Kalliope Art Car. His background in Folk music as his own name Conor Patton is what drove him to develop his musical talents. After being inspired to put out electronic music around the time he continually spelled his name “Conro” on accident, a true blue producer was born. 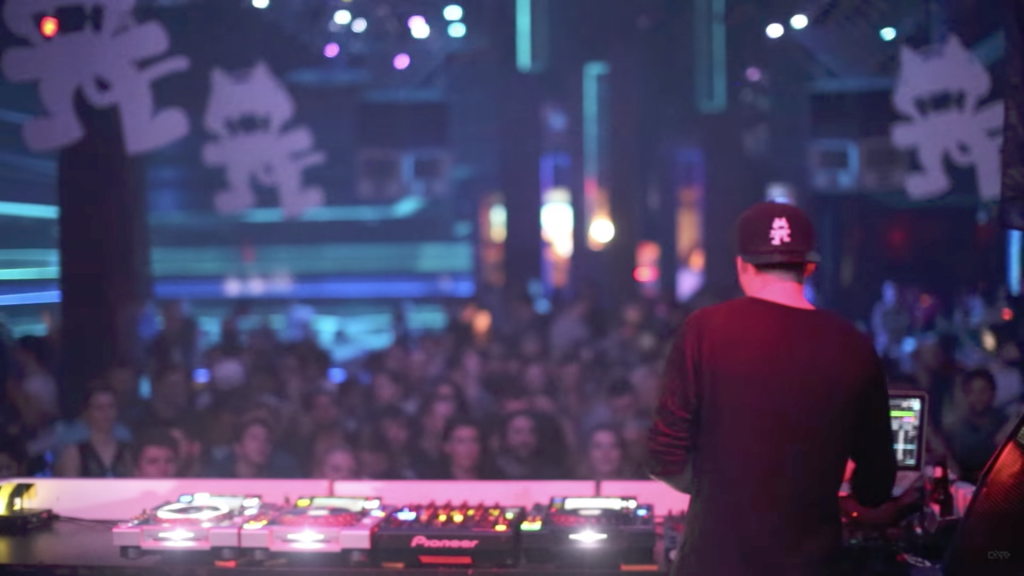 Patton is excited enough about EDC to be a bigger part of the experience than a majority of other artists playing this year. “We chose to do camping instead of staying on the strip,” he says. As one of several individuals who comprise the first generation of Camp EDC, Conro got to experience the festival as a fan would. A crucial part of being a good DJ is knowing the crowd you’re playing to, and staying amongst the many headliners who arguably make up the most passionate of EDC’s population is a smart way to understand how to cater a set.

Conro’s live DJing features a wide range of dance music styles, but the key that makes them all blend so well is his attention to detail in blending his songs of choice. “Every set I play theres a little edit I do to it to make it mix in well to something else.” Blending the famous vocal chops from Porter Robinson and Madeon’s “Shelter” with his own original “The Saint” and transitioning into the original collaboration with small traces of his own track in the background is just one of several tricks he likes to employ to make his sets uniqiue.

Strong individual as he is, Conro makes sure to work with others to create the best possible product. “I think theres a fine line between trying to find what works for everybody and what works for you. Sometimes I wanted to sit down and write an eleven minute buildup, but at the end of the day that’s going to be a hard thing to pitch to labels,” he says. “when it comes to finding what you love, I work on a track until I’m vibing to it to make sure I’m capturing the essence of what I’m trying to do, then you start to bring others in to give creative input.”

Striking a balance like this is difficult for any artist, but the work results in resonant singles like his most recent “Me.” With Patton himself on vocals, the song talks rather honestly about ending a relationship that was stopping him from expressing himself. This and several other of his releases for Monstercat prove resonant with those who came to see his set. “Seeing a huge group of fans at my sets singing along to my songs is so cool,” he says with a smile.

With an amazing run of shows ahead, Conro is also working in the studio as we speak these words to make a brand new EP by the end of the Summer. Said to focus even further on live elements, it’s a package of music we’re pumped to hear.

Follow Conro on Soundcloud to look out for his upcoming EP and get a taste of his DJ skills with his Tomorrowland set below.