Deadmau5, DJ Snake, Above and Beyond and Eric Prydz will headline the ninth annual Electric Zoo Festival, which returns to New York City on Labor Day Weekend. The 2017 “6th Boro” edition is scheduled for September 1st through the 3rd at Randall’s Island Park.

DJ Snake will headline on Friday, September 1st; Above & Beyond will lead the slate on Saturday, September 2nd; deadmau5 and Eric Prydz will deliver back-to-back closing sets on Sunday, September 3rd. 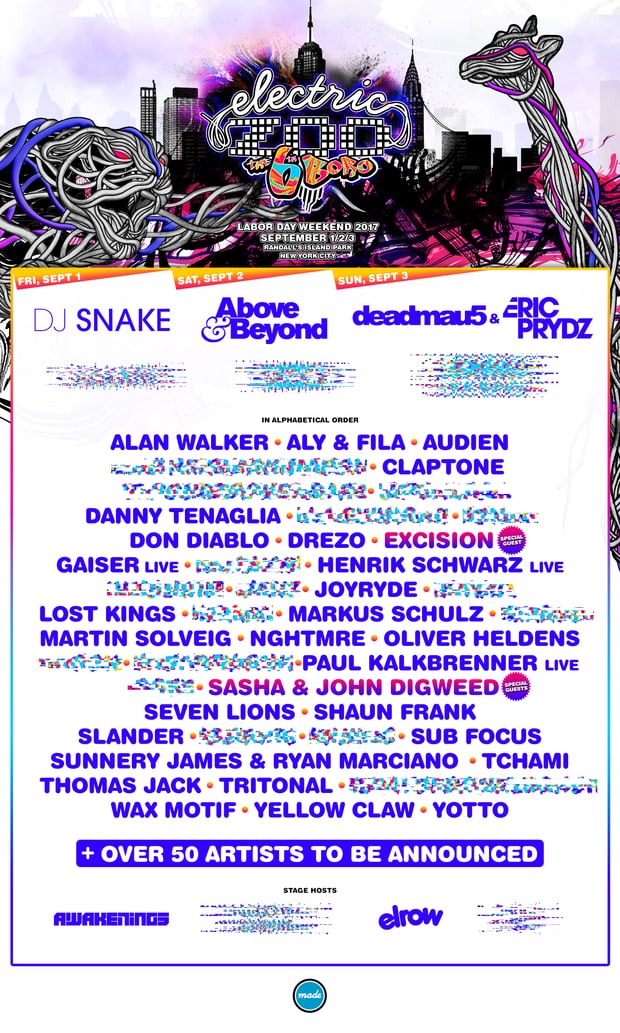