Before the end of 2015 came the rise of a new musician and propaganda artist named Demur, who’s main mission is to hold the Dance music scene he loves accountable for things they can do better. His stances on what should and shouldn’t be present in the scene are not unlike those we’ve heard in comment sections across the internet, but the artwork he creates presents these ideas in ways that cannot be ignored. 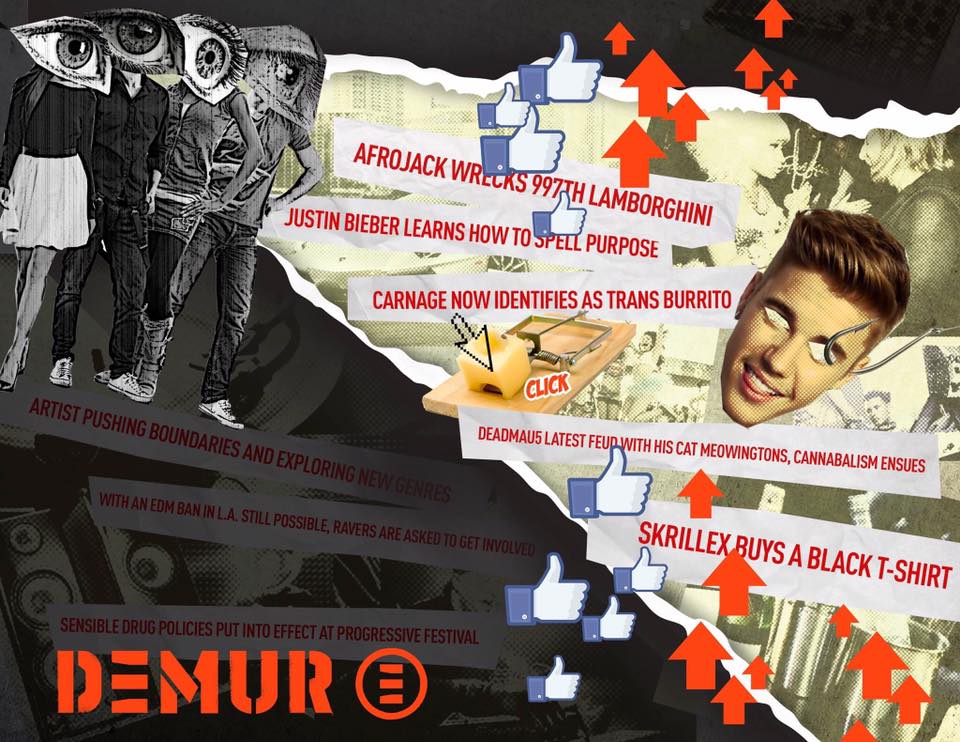 In the spirit of but not related to the crazy headlines shouted from Botnek’s song of the same name, his visual piece Clickbait gives a highlight to headlines that are given more attention than what they’re due. Citing small trifling events from Justin Bieber getting more attention than artists who are attempting to push boundaries, the piece is meant to wake up the media and collective community who consumes it.

Check out Demur’s debut track “Declaration” below and look out for more content from him in the near future.