It’s officially festival season, yet Insomniac hasn’t revealed their full lineup for Electric Daisy Carnival Las Vegas just yet, we all rely on clues such as tour dates, and social media updates, and rumors, to get an idea of which artists are performing.

To make it easy on his eager fans, DJ Snake confirmed he is not playing EDC Vegas this year in a simple snap.

Although he won’t be under the electric sky this year, you can catch him at Coachella (both weekends) and Insomniac’s Electric Forest!

And if you’re feeling kinda down over this news you can stream his EDC Vegas 2016 down below in full. 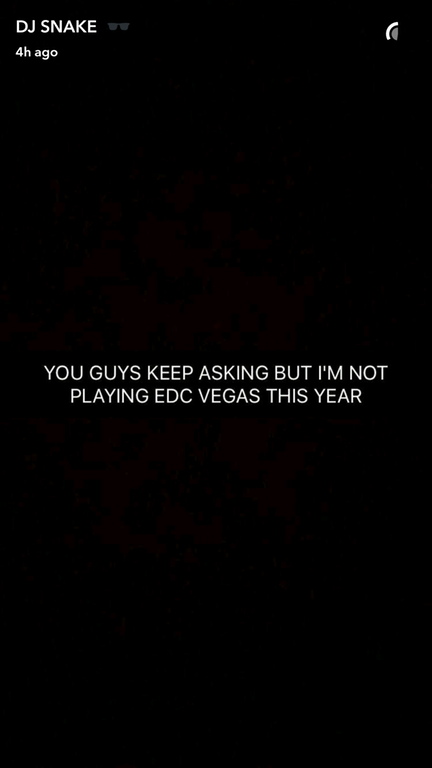