EDC Las Vegas 2018 Announcement is a huge as you think it is: Date Changes, Camping, Opening ceremony and more! We know Insomniac rarely bluffs, so seeing so much pre-announcement hype from Pasquale Rotella was a big tell that something epic was on the horizon. The news is finally out, and after getting through it all, you’ll be ready to get in line for EDC 2018.

First things first; for those who already have a late weekend in June off, you’ll want to adjust it a bit. May 18th-20th are the dates for this year’s EDC Las Vegas 2018, and the adjustment a month early is probably great news for everybody. For one thing, it won’t be 100 degrees at 4AM anymore; to give you an idea, Vegas was an average of about 88 Degrees in May compared to 100 in June. You may even want to pack a sweater! (okay, never mind.)

With the sun less harsh, EDC Las Vegas 2018 would also be an ideal spot to potentially pitch a tent next to. That’s right; tent camping will be introduced at this coming EDC, meaning you can get to the party much faster…whether you walk there or you drive since campers mean fewer cars on the road. For those who are thinking they’re going all out with this, they are: The options for your camping experience are numerous:

At the center of the campgrounds, fans can enjoy plenty of shade, seating, water, food and beverage vendors, a general store, activities and more. A neighboring area will allow for the creation of Sound Camps where Headliners can build out their own themed environments.

Speaking of parties before parties, EDC’s cosmicMEADOW will be the official opening party for the big festival, featuring extended sets for those who want to start their festival and get a chance to overlook the action sooner.

The biggest weekend on the west coast will go on sale September 28th at noon, with tickets starting at $325 for GA and $699 for VIP. GA will only go up two tiers, with $340 for the second release and $355 for final tier “Later Owl” tickets. With these tweaks in place, we have a very good feeling it’s going to be their next best one yet.

Headliners, we’ve got massive news regarding EDC Las Vegas 2018. Read all about it in a special message from Insomniac Founder Pasquale Rotella, and mark your calendars for Thursday, September 28, when tickets will be on sale via the official website.

Here’s the big news! After a lot of energy, passion and hard work, I want to personally present to you EDC Las Vegas 2018. New hours, new stages, and new dates (May 18–20) with better weather and camping! That’s right—campsites, RVs, sound camps, and more—for the first time ever at EDC Las Vegas. Wake up and walk in.

Over the past 10 years, average high temps on this weekend in May have been 90, and the lows have been 64. This means we can extend our hours and create an opening ceremony on the cosmicMEADOW lawn, featuring extended sets from different artists each day. One stage, one vibe—all before the rest of the experience turns on. Not only will it give people a chance to vibe out before sunset, but the early arrivals will help the flow in and out of the Speedway.

Shuttle operations will be handed over to an independent company that specializes in the largest music and sporting events in the country. This is what they do, and they do it better than anyone else, year over year. Also new for 2018, construction in the immediate area of the Speedway will finally be complete. In 2017, we had just two lanes. EDC Las Vegas 2018 will have three lanes plus pull-offs. There will be traffic in and out of the festival, but if you want a one-and-done journey to the Speedway, just camp out.

We’ll be rolling out more details in the coming weeks, and I’ll be personally answering your questions live on my Instagram. Tickets and camping passes go on sale at the end of September, but hotels are available now on our website with no markup.

EDC Las Vegas 2018 is going to be an amazing new adventure, and I can’t wait to see you there!

How do you feel about this change? Tweet us @GlobalDanceElec 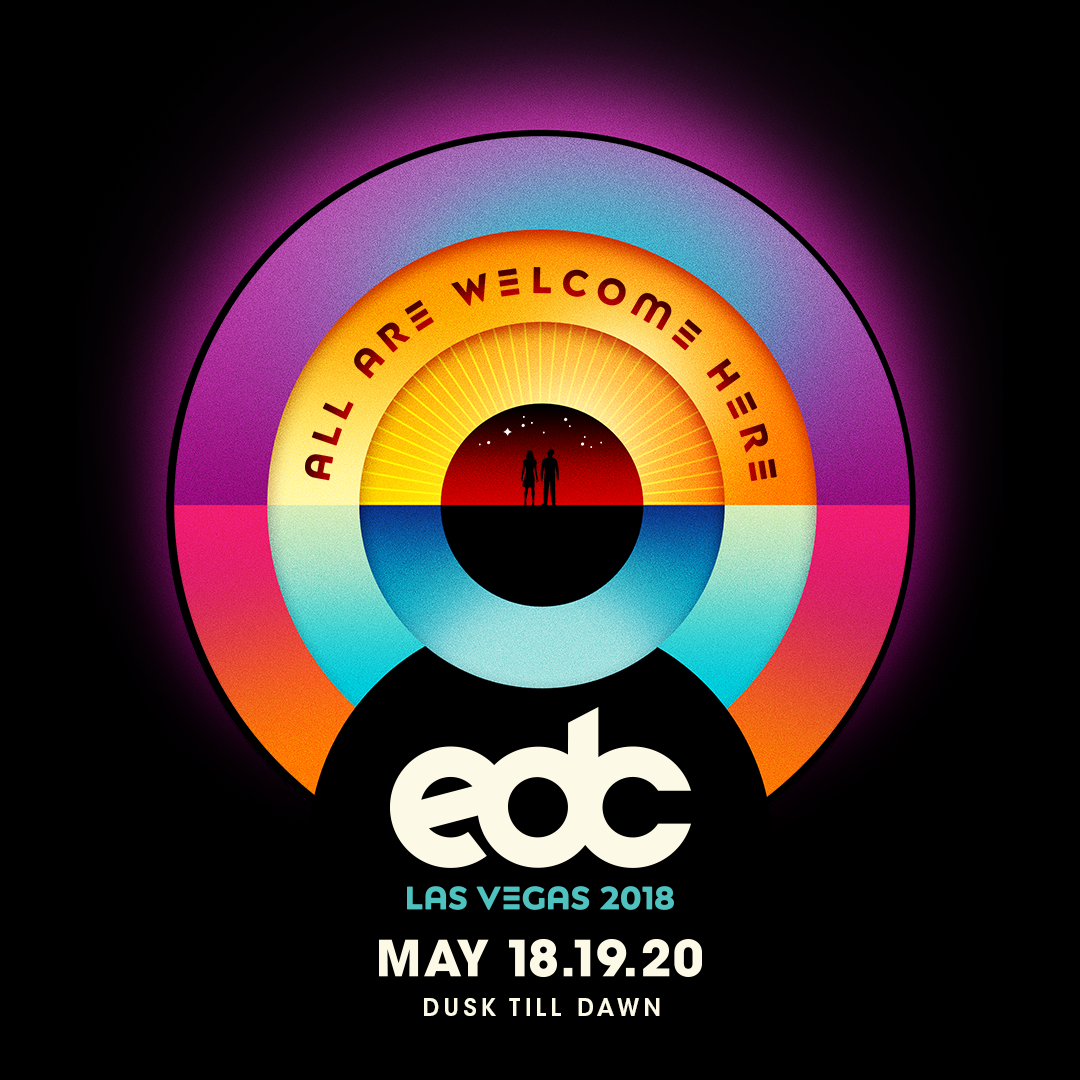