Insomniac, the company behind North America’s largest dance music festival, has announced the names of more than 50 artists that will create the soundtrack to the third annual Electric Daisy Carnival (EDC), Mexico on Saturday, February 27 and Sunday, February 28, 2016. Alongside local partner OCESA, Insomniac will transform the Aut車dromo Hermanos Rodr赤guez into the unforgettable fan experience that has made EDC Mexico the largest festival in the country’s history

“I’m so appreciative of the warm welcome EDC receives each year in Mexico City,” said Pasquale Rotella, Founder and CEO of Insomniac. “The colorful spirit of the culture and the beauty of the city have inspired us to create new surprises for next year’s EDC Mexico that I can’t wait for fans to see.”

The biggest talents in music as well as renowned local artists will join the lineup, bringing Mexicos rich dance music culture to life. Each of the following monumental acts is not to be missed at EDC Mexico 2016.

Tickets for EDC Mexico 2016 are on sale now. Two-day general admission tickets are priced at $1,640 MX while VIP 2-day passes start at $3,200 MX in addition to service fees. VIP amenities include a separate entrance to the festival for expedited access, exclusive decks with a full cash bar overlooking the stage, private restroom facilities and a souvenir laminate and lanyard. Minimum age for VIP tickets is 18. To purchase tickets, visit Ticketmaster. 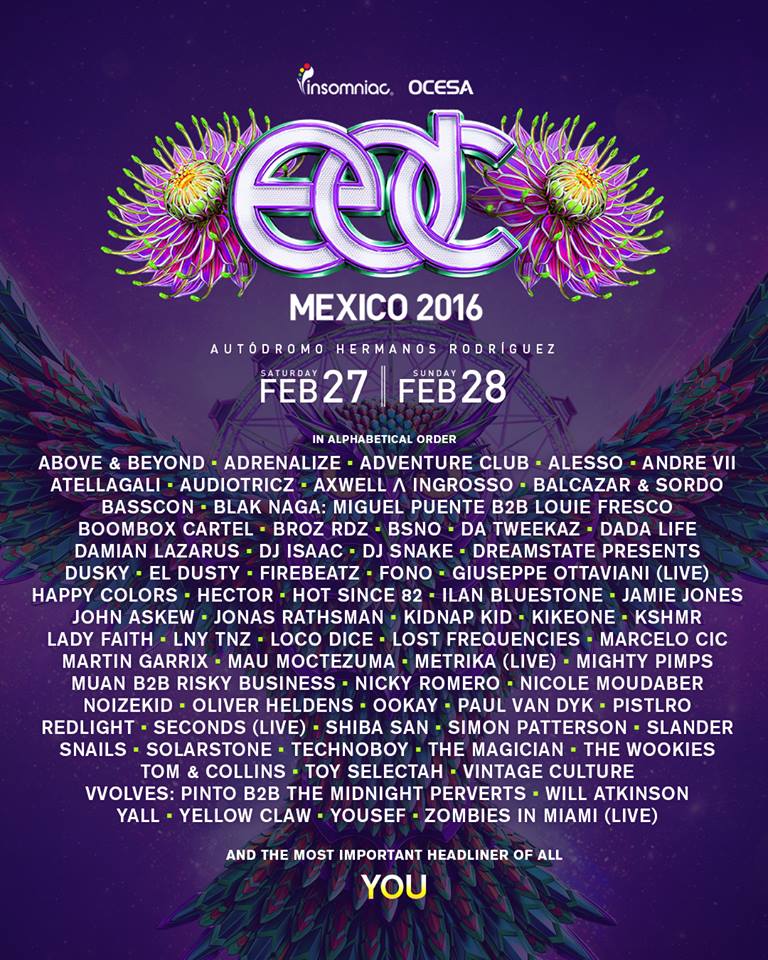