Los Angeles! You’re truly in for a treat once again by good ol folks at Insomniac as Factory 93 presents La La Land with Green Velvet in Downtown Los Angeles famous Naud street on Saturday, August 7th, 2021 with Dubfire, Rebūke, and Nasser Baker.. We first saw La La Land take place in DTLA back in Summer 2019 and it was easily one of the best parties to ever happen on Naud St so it is only right for Factory 93 to bring it back yet again.

Change has been a constant theme throughout the successful career of Green Velvet, but as he has crossed genres, explored themes from the comedic to the serious and changed monikers, the common thread running through the music he has made for nearly two decades is its roots in and dedication to the Chicago House sound.

His first transformation came when he left master’s degree studies in chemical engineering at UC-Berkeley to turn a hobby into a career making music, influenced by the sounds he had been exposed to as a science-fiction-loving, video-game-playing kid whose father was a part-time Chicago DJ.

‘La La Land’ went on to become by far the biggest selling track of his career. His live act expanded as he began playing a keytar, with two other musicians – Nazuk and Spaceboy – backing him, playing heavily distorted synths. 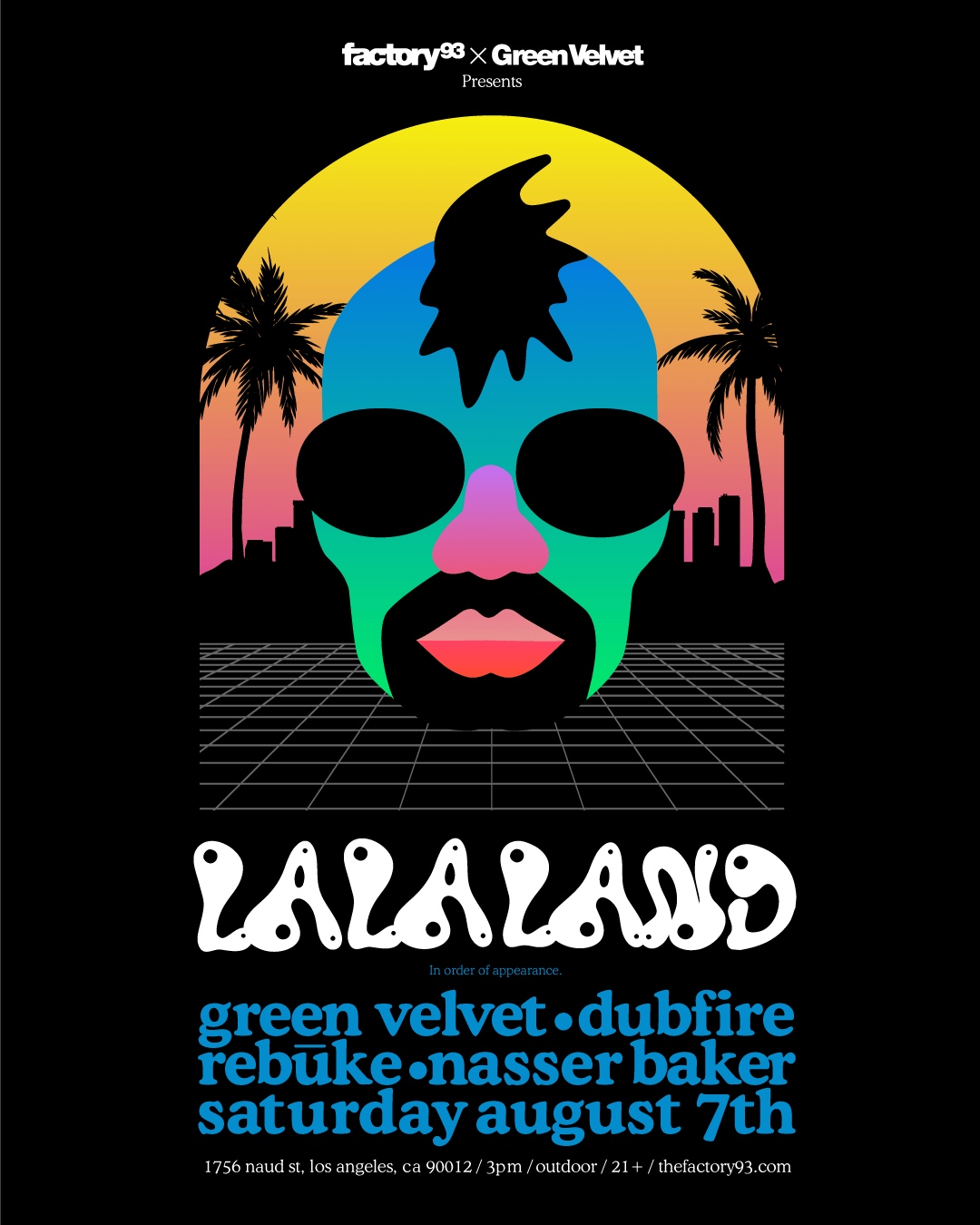