All My Friends Music Festival – downtown Los Angeles premier 21+ music event happening at Skylight ROW DTLA October 19 & 20– has announced it’s line-up. Curated by founder Gary Richards aka producer and DJ DESTRUCTO, the two-day event will feature a variety of some of the most respected and engaging house music artists from around the world. Tickets are available now at: www.amfdtla.com

Two stages reflecting last years ALL MY FRIENDS popular ‘Friendzone’ (with a secret speakeasy-style third stage) will serve as a platform for the international house scene that rarely can be found together in Los Angeles. These include: Headliners Justice (France)—2019 GRAMMY-winners for ‘Best Dance/Electronic Album’ with Woman Worldwide–and Black Coffee (South Africa)—an internationally heralded artist known for tribal sophistication, spiritual splendour and scintillating performance straight from his high-profile Ibiza residency–along with DJ Harvey (U.K.), Blond:ish (Canada) and Gene Farris (U.S.); Britain’s Idris Elba joins for his first appearance since his blazing Coachella set this past April; Australia’s Kaz James who is impressing Ibiza dance floors with his song of the summer smash “Through Your Love”; And a crop of emerging artists like Brazil’s Bruno Furlan, Spain’s Sita Abellan and Russia’s Volac, just to name a few.

Each artist has an ALL MY FRIENDS connection. Justice and Busy P have played DESTRUCTO’s events since 2007, Sita Abellan and Phlegmatic Dogs first toured the U.S. supporting DESTRUCTO and Volac and Dillon Nathaniel have remixed DESTRUCTO tracks.

The line-up for ALL MY FRIENDS is:

Situated on the edge of Downtown Los Angeles’ Arts District at Skylight ROW DTLA, a creative space and walkable urban environment offering a curated collective of restaurants and retail shops, the festival will be immersed in the industrial backdrop of one of Los Angeles’ historic Produce Market and former home of American Apparel (whose slogan ‘Made In Downtown LA’ still is prominently displayed on one of ROW DTLA’s main buildings). 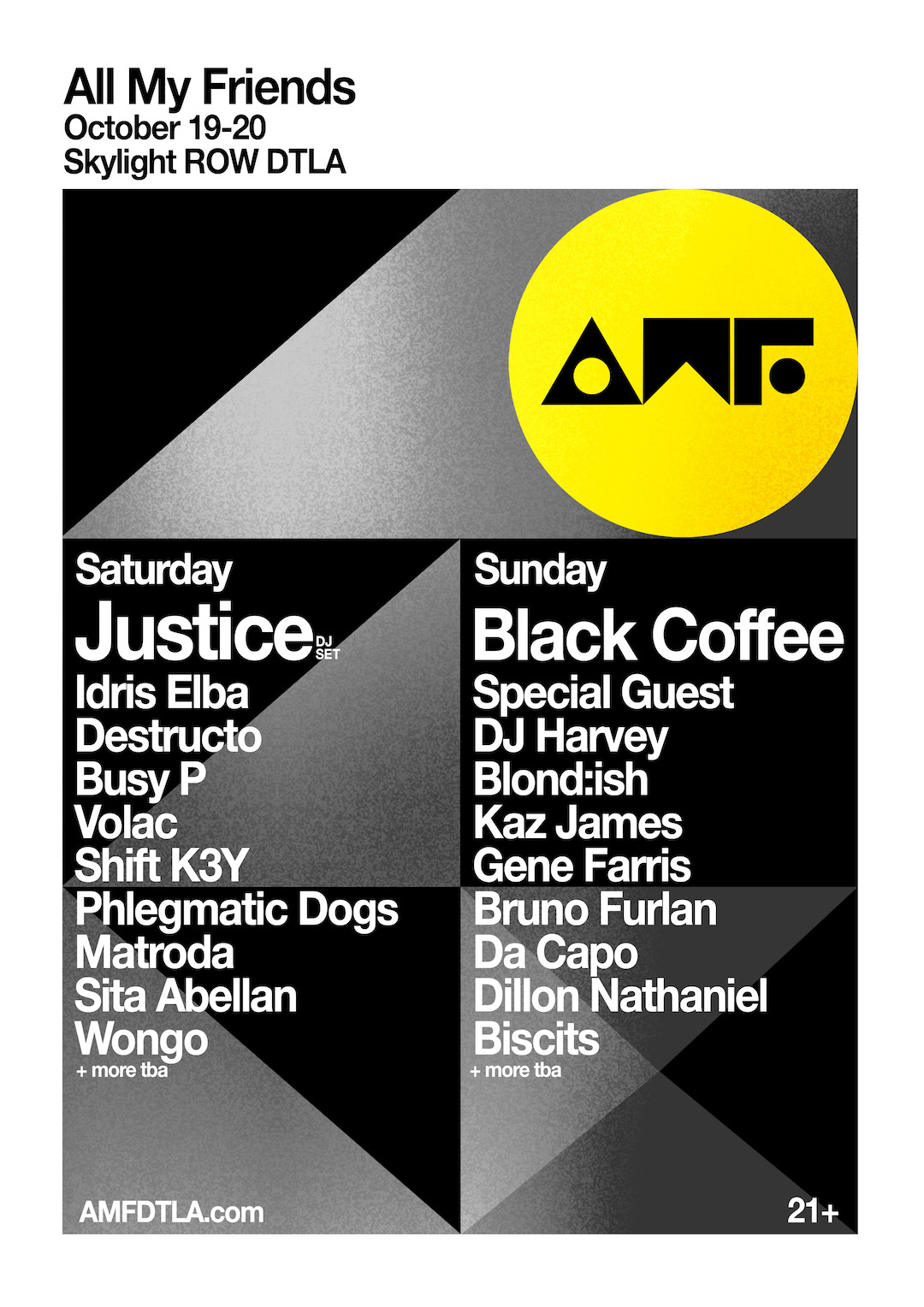