Getter has released his latest track “Wat The Frick” and announced a tour of the same name. Getter will kick off the tour on September 6th in Toronto and stampedes throughout North America throughout the end of October, joined along the way by Aryay, Josh Pan, Wuki, Yultron, Half Empty, Sneek and Spock (full dates below). “Wat The Frick” is out today as a free download, grab it above and stay tuned for Getter’s next EP coming September 2nd on OWSLA. 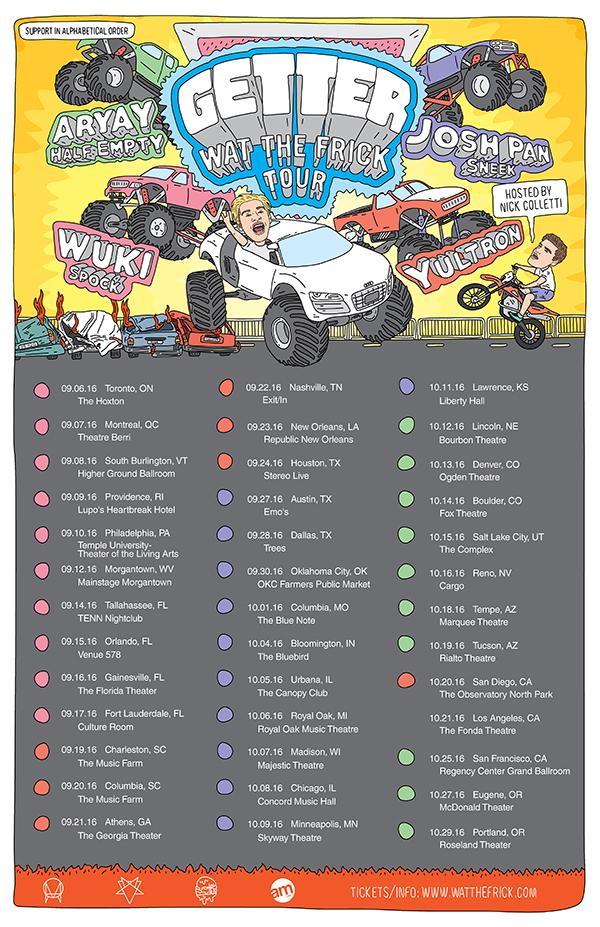