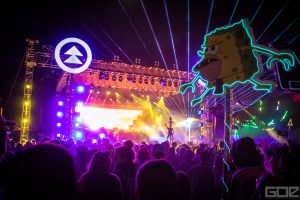 Nicely tucked in the lush Redwood forests of Mendocino/Humboldt County is the Northern Nights Music Festival. For the past 4 year, the folks behind this lucid music festival have been welcoming thousands of eager festival-goers to a long weekend of world-class musical acts, impeccable live art displays, yoga sessions and much more. For those who have never been to the festival or the Humboldt/Mendocino area for that matter, may start to wonder what they have gotten themselves into, especially when cell phone reception goes as was the case for all Northern Night goers once they got to the festival.

The heat this year was no joke, nearly the hottest year to date the festival has experienced as told by producers and previous attendees. Fortunately for all of us, it was nothing a little river play couldn’t fix as many attendees would find themselves riding in whatever pizza, pineapple, popsicle flotation device while DJs rocked the River stage. Our favorite performance this year came from SNBRN, who closed out day 2 of the festival with some heavy notes of deep and future house as the sun set. 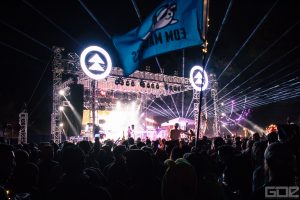 Day into night at Northern Nights were two completely different experiences. As the sun set, the festival grounds lit up with LED and fluorescent lights. Northern Nights’ main stage would only come to light during the later hours of the festival and boomed the grounds with an eclectic showcase of live and DJ performances from artists from around the world. Notable performances came from the festival headliners including Gorgon City, Griz, Claptone, the Knocks, Amon Tobin, and Troyboi. The 3 day festival came then went within a blink of eye and we realized that we had left a piece of ourselves deep in the Redwood forest, where we will hopefully found ourselves again next year.