Dance music and live events powerhouses Insomniac and Club Glow have announced today their acquisition of a majority stake in Baltimore’s longest-running electronic music festival, Moonrise. After a three-year hiatus, Moonrise will return to Pimlico Race Course on Saturday, August 6 and Sunday, August 7. Tickets to the two-day festival go on sale this Friday, April 8 at 12 p.m. EST at www.moonrisefestival.com. Lineup details will be announced in the coming weeks.

Pasquale Rotella, Founder and CEO of Insomniac, took to Instagram yesterday to share the news. He said “Time to dust off your space boots! I’m happy to announce Insomniac is now a partner in Baltimore’s very own Moonrise Festival. After a three-year hiatus, we’re excited to bring it back to Pimlico Race course this August and build upon this amazing festival’s success as we launch into the next phase of spreading love for our culture on the East Coast. It’s an honor to continue the legacy and work with friends who share the same love and respect for the rave scene and its roots.”

“We couldn’t be more excited to further establish roots in Baltimore,” adds Glow President & CEO Pete Kalamoutsos. “Moonrise Festival is so special to dance music on the east coast and I can’t wait to take the whole festival experience to the next level with Pasquale Rotella and the Insomniac family.” 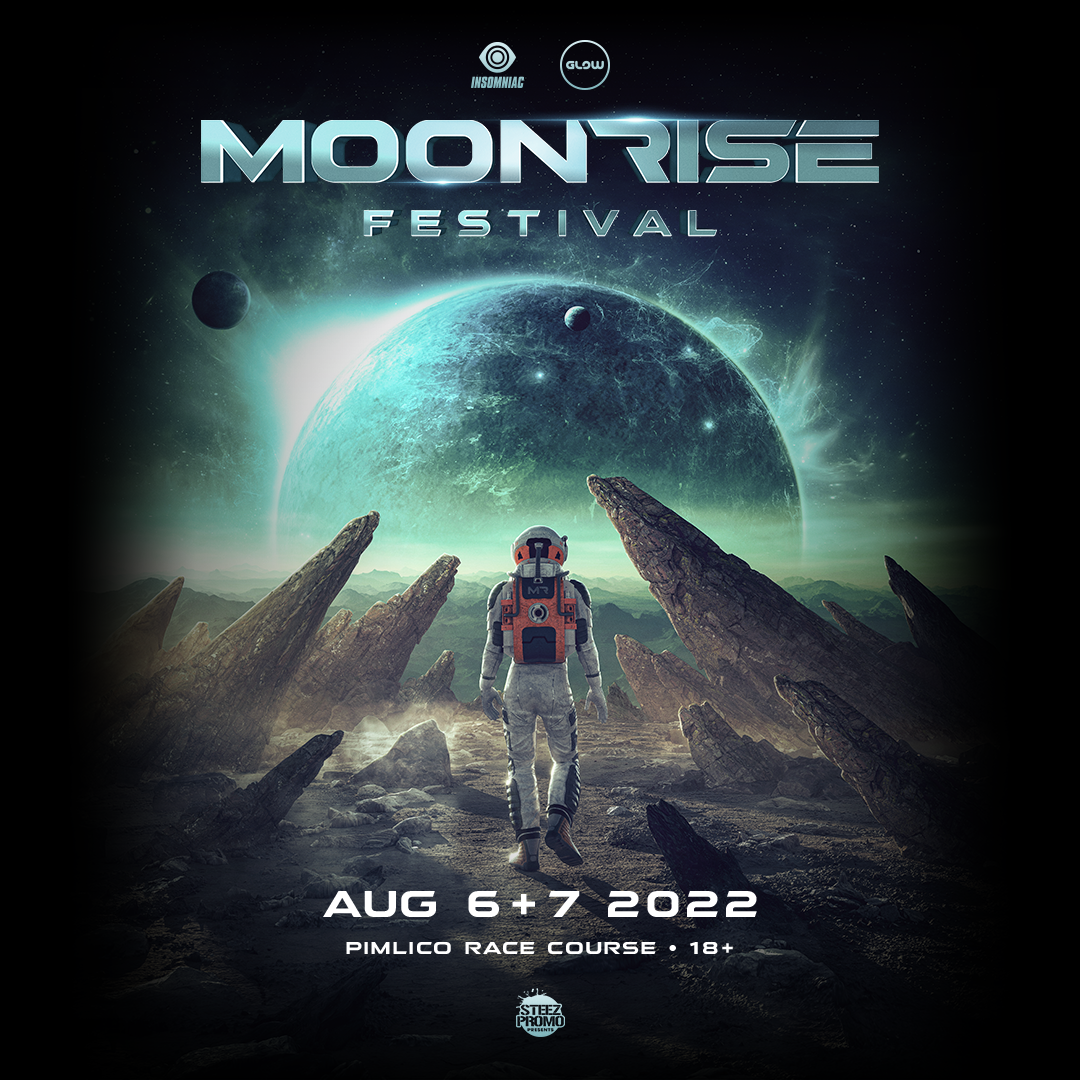 Since its inception in 2014, Moonrise has been hailed as one of the best and most diverse East Coast music festivals, attracting the likes of Tiësto, Seven Lions, Jai Wolf, Afrojack, Run The Jewels, Porter Robinson and more. The festival has drawn 35,000 visitors daily from up and down the Eastern Seaboard with its eclectic mix of acts from all corners of dance music, from bass and dubstep to house and electronica.

Moonrise 2022 will mark the second festival venture for Insomniac and Club Glow since joining forces in February 2020. The partnership between Insomniac’s Pasquale Rotella and Club Glow’s Pete Kalamoutsos was not only a rare investment in the future of music culture, but also is already transforming the landscape of electronic music on the East Coast. This year, fans can expect even more at Moonrise Festival, including the stellar production Insomniac is known for in large-scale entertainment events, including the world’s largest dance music festival, Electric Daisy Carnival. Moonrise 2022 will mark Insomniac’s first event in Maryland and will follow the April debut of Project Glow in Washington, D.C, a first-of-its-kind event championing 20 years of success for Club Glow in the nation’s capital.